ISLAND LIFE: Professor Edvard Hviding and the rest of ECOPAS hope that the work they do will lead to a stronger and more well-oriented European focus on the plight of the island dwellers of the Pacific. His photo taken during fieldwork in the Marovo lagoon of Solomon Islands in 2010 shows a fast eroding village shore.
Photo:
Edvard Hviding

Professor Edvard Hviding is excited about the ECOPAS project, or European Consortium for Pacific Studies. He has been working on a long range of fieldwork-based  projects concerning the culture, environment and politics in Pacific island nations since 1986. With the ECOPAS project, funded by the EU for the period 2012–2015, Hviding is ambitious about this next step in European-Pacific research and policy relations.

“The Pacific is at the frontline of global climate change. The island nations contribute the least to global warming but are set to suffer the most from its effects. We want to bring the human dimension into the climate change debate and we are enthusiastic about the interest shown by the European Commission  in our strong network of research groups and institutions in Europe and the Pacific ,” says Hviding, who points out that the EU obviously is a major player worldwide, which includes an interest in the Pacific where the EU is the second largest development donor. “What is interesting is to see is that with the support for ECOPAS, the Commission has expressed the need for fresh and diverse research perspectives on the Pacific, including both social and natural sciences and the humanities.”

This interdisciplinary approach is exactly what ECOPAS is bringing to the table. With three PhDs in social anthropology and one PhD in geophysics at UiB alone, and with the participation of the Pacific island region's strongest possible team in the performative arts, what is essentially a network project brings new interdisciplinary research to the forefront, under the collective ECOPAS banner of ‘restoring the human to climate change’.

Hviding works at the Department of Social Anthropology at the University of Bergen (UiB) and is the director of the Bergen Pacific Studies Group (BPS). As the ECOPAS project coordinator he manages this extensive Europe-Pacific network, and he sets out two specific goals for ECOPAS.

“The long-term goal is to develop and consolidate connections between research communities  within Europe and in the Pacific, as well as on a Europe-Pacific axis. ” he says.

He hopes that by using an unorthodox approach there will be a greater understanding of what is at stake in the Pacific when it comes to the challenges created by climate change.

“A more short-term goal is to make our friends in the Pacific nations, as well as the Pacific-oriented agents in Brussels, more independent of Australian consultancy work, which relies strongly that country’s foreign policy as an ambitious regional ‘superpower’,” the UiB professor says provocatively. The explicit ambition is to provide European development initiatives in the Pacific region with a new knowledge base

He believes that the strength of ECOPAS is that the network's researchers, including those in Europe, are familiar with the local customs in most of the Pacific island nations, and that collectively they know many of the Pacific's central policy makers in person. This is strengthened by the regional grounding of the two Pacific institutions in ECOPAS; the twelve-nation University of the South Pacific and the National Research Institute of Papua New Guinea.

Hviding points out that the small island nations of the Pacific control up to a quarter of the earth’s waters, and that perhaps  two thirds of the world’s tuna stocks are found in the exclusive economic zones (EEZ) of the Pacific. This, as well as the sheer number of Pacific island nations in a geopolitical sense,  is of course of considerable interest to the major global players, including the EU. Yet he warns.

“Many western countries, including the EU, can be slightly schizophrenic in their Pacific policies,” he says.

On the one hand there is an outspoken desire to promote ecologically sound policies, on the other hand they are under pressure by powerful lobbying interests who want to exploit the oceans. The EU, for example, has surplus fishing fleets eager to get access to the tuna stocks of the Pacific.

Given this role of strong commercial concerns, Hviding is under no illusion that all of the eventual recommendations made by ECOPAS will become EU policy. Yet he believes that ECOPAS can both balance and add to existing knowledge about the Pacific in Europe.

In fact, the European Parliament has already requested ECOPAS to provide analysis and advice on future EU development policy in the Pacific.

According to Hviding, today's challenges for the Pacific nations are about  more than the processes of climate change people in the west seemed to be mostly concerned with. For him questions of  long-term social dynamics and cultural heritage are an integral part of the wider discussions on the future of the Pacific island nations.

“What we are trying to project with ECOPAS is the antithesis of the stereotypes that exist about the Pacific,” says the Norwegian social anthropologist. “We hear a lot about how not only sea-level rise, but also tsunamis and earthquakes destroy coastline in the  islands. But to the people who have inhabited these islands for thousands of years, such environmental challenges  are part of their history and cultural knowledge.”

Hviding believes that this explains a certain stoicism and pragmatism found in the various island cultures. People are simply used to having to take to the ocean  and resettle elsewhere. However, the challenges currently posed by global warming are greater than anything even these resilient islanders or their ancestors have ever had to face, and given the nation-state structure of today there are few alternative places to settle for displaced islanders

The ECOPAS team is finding  a lot of inspiration in Pacific folklore.

“There is an abundance of written records of local traditions,” Hviding says, pointing to written records made by Christian missionaries to the Pacific. “Also, there are old newspapers published in Pacific languages, notably in Hawai'i where such materials were printed already in the 1850s. Knowledge in reading and writing was well advanced early and there is plenty of local literature to draw on to help us gather information about the weather patterns in many Pacific islands.”

He also points to the invaluable work being done by ECOPAS partner the University of the South Pacific in recording  oral traditions for future generations.

Between 6–9 December, Hviding and other researchers from UiB visited Suva in the island nation of Fiji for a major ECOPAS conference entitled Restoring the Human to Climate Change in Oceania.

“This was a truly unique conference at which scholars, government officials, diplomats, grassroots activists and artists worked together for almost a week  to map out future scenarios for the Pacific in terms of climate change and its effects. There was  a significant element of performative cultural exchange as well,” explains Hviding and notes how  the opening event was the premiere of an ECOPAS-funded performance by the University of the South Pacific's renowned Oceania Dance Theatre  entitled Moana: the Rising of the Sea. “Performative arts are an essential  part of all major proceedings in the Pacific, and provide a particular sharp focus on how Pacific islanders view the challenges of the day.”

The ECOPAS team also works to secure future continued funding through the successor to FP7, the new EU research and innovation programme Horizon 2020, which is launched next year. 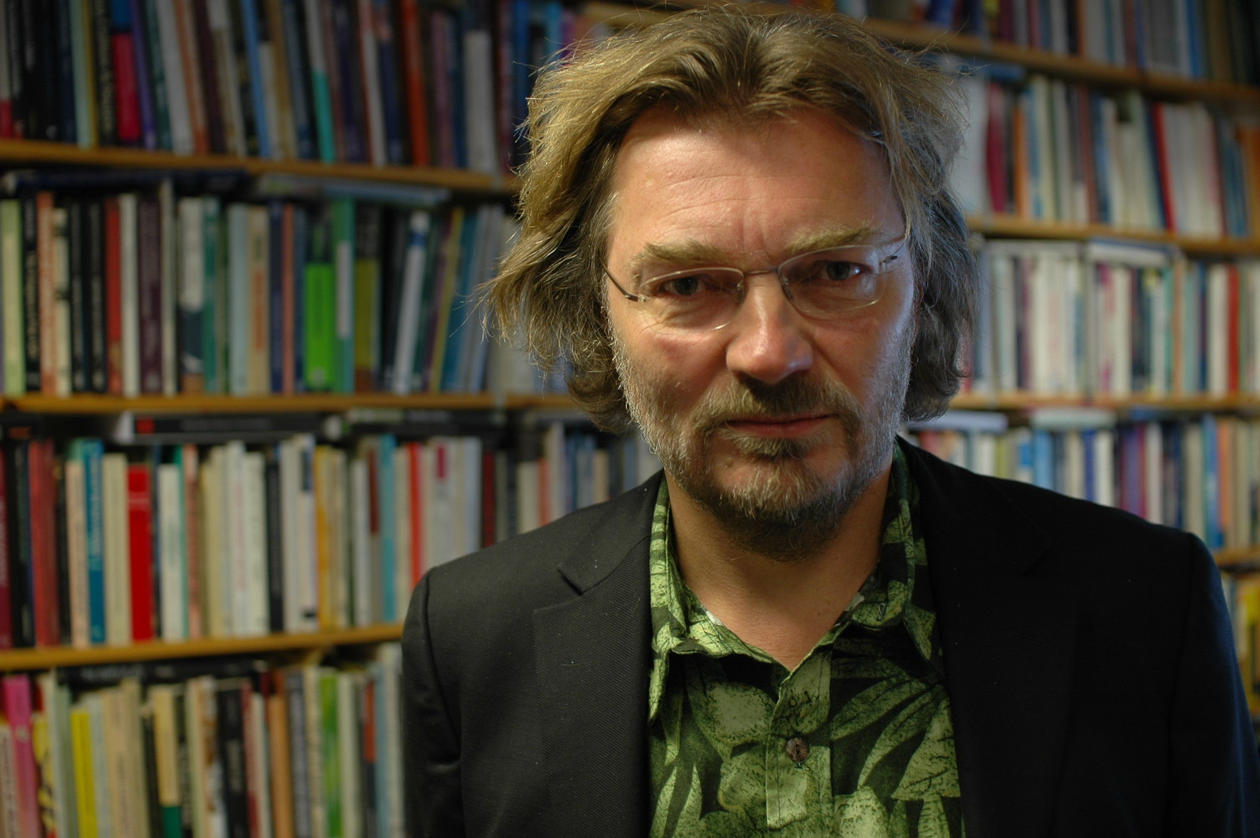 The article in print: Pacific frontlines.pdf