How our brains process the unpredictable

Professor Stefan Koelsch looks at how we make predictions and how the brain responds if our predictions are wrong.

STOP MAKING SENSE: Researchers at the Bergen fMRI Group presented participants in a study with triplets. Even without knowing the structure of the sounds, the participants’ brains quickly registered the sound patterns they were subjected to.
Photo:
Colourbox

In October 2015, Professor Stefan Koelsch officially arrived at the Bergen fMRI Group as part of the Toppforsk programme, which is a collaboration between the University of Bergen (UiB) and the Bergen Research Foundation (BFS). Read FACTS for more information about the programme.

He has now published his first paper as a UiB researcher. The paper, “Under the hood of statistical learning: A statistical MMN reflects the magnitude of transitional probabilities in auditory sequences”, is published in Scientific Reports, a daughter journal of Nature, and Koelsch is first author of the paper.

“The phenomenon that we predict certain things, is something that happens basically every moment of our life. At least when we are awake. One of my interests is to understand how we make predictions and what happens if our predictions turn out to be incorrect,” says Stefan Koelsch.

The recently published paper is on MMN, or “mismatch negativity”.

“MMN is a response in the brain that is elicited when something irregular happens. The simplest example is that of when you hear a tone again and again, and then all of a sudden it is a different tone,” explains Koelsch.

He has long been intrigued by the subject of measuring MMN, using the method of

“One starting point is that we base our predictions on different sorts of information. For example, if one tone is always the same and then a different tone comes along,” he says before whistling to stress his point. “But that is one of the simplest forms of how we can make predictions.”

“If we go one level higher, to a sequence of 1-2-3-4, then the next number is probably going to be 5. That is based on a learning experience usually made over a relatively long period of time.”

In the paper, Koelsch and his colleagues found that when predictions are based on statistical learning, events that do not match a prediction evoke an early negativity.

He points out that most of the learning humans do is implicit. That is, without intending to learn, and usually even not being aware that something is learned.

“We know a lot of stuff, but we often do not know that we know it. This is a basic process in our daily life. Certain things lead to other things. Do they occur or do they not occur? Something happens in the brain when we process this. However, so far there has been little knowledge about how this is reflected in electric brain responses.”

The Sound of Music

The participants in the study were exposed to a continuous stream of tones, but what the participants did not know was that tones followed each other in a way that they always built groups of three tones, so-called triplets. Whilst listening to the triplets, the subjects were watching a silent film.

“I was interested in what happens if within such as triplet stream, there is a high probability to the next event, but then a different event comes up,” says Koelsch.

He makes a comparison to pressing a light switch, but then the light does not go on.

“Events such as these happen every day in our lives. Or we may think that something works in a specific way, but it actually works in a different way.”

Language is a virus

To try and emulate this experience, the researchers constructed predicable triplet streams. Once the participants began to learn the regularities of the triplets, their brains reacted to events that were unlikely to occur. This happened even though the participants of the experiment were not aware of any regularities.

According to Koelsch, the participants were unaware that they were listening to triplets.

“They had no explicit knowledge of how the structure of the stream was. Some had a remote feeling, like a gut feeling, that something was a bit more regular than the rest. But it was unknown to them that there was some statistical structure.”

He compares the experiment to learning a language.

“Imagine a child that learns a language, think of each syllable as part of our experiment. Children are exposed to a stream of syllables and the brain starts representing that some combinations of these sounds occur more often than others,” says Koelsch. “The child then starts establishing a representation of these regularities, and this is how we learn language.”

He points to the brain’s process of registering sounds.

“It is about how different memories interact with each other, and on what timescales do these processes occur. Once the brain is presented with an unpredicted sound, the brain adjusts extremely quickly to these deviant events,” he explains.

“There is an electric reaction already after about one tenth of a second. It is amazing how the brain is able to respond so very quickly to these events, without being consciously aware of what the overall structure is. This is an important step in the understanding of learning.”

This processing of sounds and trying to decipher the sounds can also feed into our emotions, which will be the subject of one of Stefan Koelsch’s many future studies.

Read the publication in full in Scientific Reports: 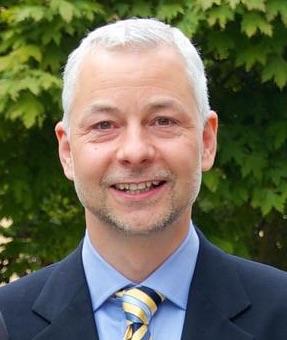 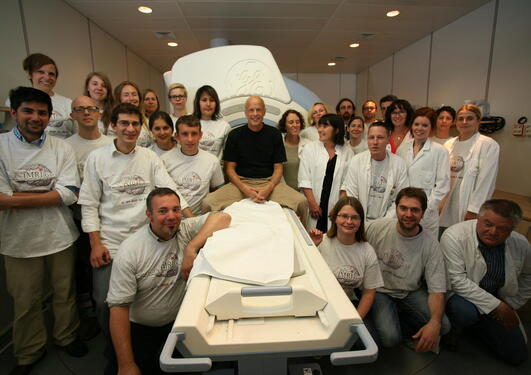 World-leading neuroscientist Stefan Koelsch has been offered a position as professor at the Department of Biological and Medical Psychology. Professor Koelsch already works with some of the leading brain researchers in Norway.