Hearts And Minds: The Interrogations Project

"I am greatly honored to receive The Robert Coover Award for this work," Scott Rettberg says. Hearts and Minds: The Interrogations Project is the outcome of a cross-disciplinary development process involving a filmmaker, a designer and a computer scientist in addition to Rettberg, who is an author of electronic literature and a professor of digital culture. Rettberg developed Hearts and Minds in collaboration with Roderick Coover, Daria Tsoupikova and Arthur Nishimoto while he was on sabbatical at the Electronic Visualization Lab in Chicago in 2014.

Hearts and Minds: The Interrogations Project is a 3D narrative cinematic experience that premiered in the affective sensory environment of the Electronic Visualization Laboratory’s CAVE2 at the University of Illinois Chicago. It gives voice to stories of abusive violence towards detainees during the Iraq war and the post-traumatic stress experienced by ordinary American soldiers who became torturers in the course of serving their country. Based on interviews of American soldiers conducted by Dr. John Tsukayama, the work takes viewers on a travel through the domestic spaces and surreal interior landscapes of soldiers who have come home transformed by these experiences, triggering their testimonies by interacting with objects laden with loss.

To be seen in its full version, audiences must attend a screening in a VR CAVE environment, as seen in the image above. In May 2016 it was shown in a CAVE in Hong Kong as part of the International Symposium for Electronic Art's virtual reality screenings, and there is interest from several museums in installing a gallery version of the piece in exhibitions. 2D video screenings are easier to achieve, and a key screening of the work was at the Human Rights/Human Wrongs festival in Oslo in 2015, where the screening was followed by a debate on torture. Rettberg also explains that the team is working on an iPad version to make the work more accessible.

The Robert Coover Award jury wrote of Hearts and Minds: “A major achievement. Rettberg and Coover harness the power of digital technologies to tell a powerful story and in doing so go far in changing the audience’s hearts and minds about torture.”

“The Robert Coover Award for a Work of Electronic Literature” is an award given for the best work of electronic literature of any length or genre. Bestowed by the Electronic Literature Organization and funded through a generous donation from supporters and members of the ELO, this annual prize aims to recognize creative excellence. 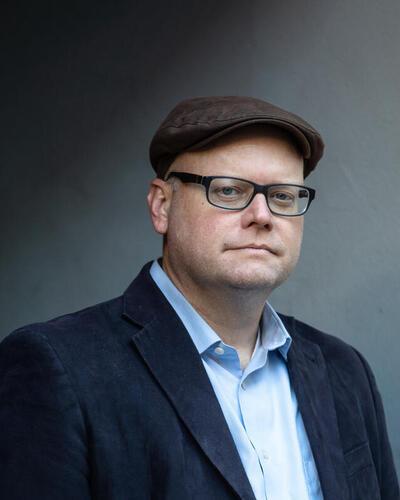 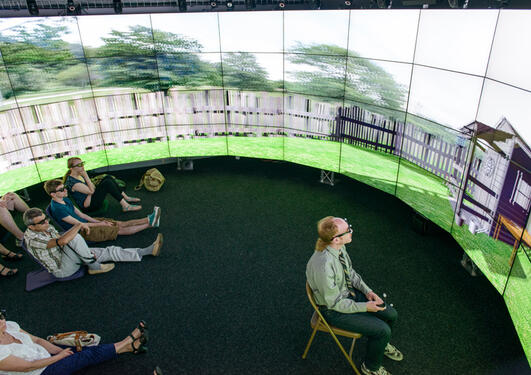