The temporary EvoFish outpost in Asia has now moved on to Hangzhou, the capital of the eastern seaside province Zhejiang, China. Hangzhou is best known for West Lake, a large man-made lake with a long history and boasting nice scenery and numerous cultural relics around it. In Hangzhou, I am visiting the research group of Professor Ping Ding at the College of Life Sciences, Zhejiang University.

With just one million inhabitants, Cangnan is a small county in Chinese standards, but it is big in terms of trade. It hosts several wholesale markets, including the second biggest seafood market of Zhejiang (in terms of trading volume). Situated close to the border with the neighbouring Fujian province, about 60% of the produce comes from Fujian, but some come much farther, including imports from Malaysia and Japan. The market serves Zhejiang and the Yangtze River Delta region.

The market opens 363 days per year at 7pm for trade of fresh and frozen seafood, and at 3am for trade of live fish. Fishermen sell their catch with the help of agents. Agents help to distribute the different parts of the catch to the most suitable customers, e.g. different segments of human consumer market as well as for aquaculture feed. Buyers are a mixed bunch and include single fish vendors, buyers for more local wholesale markets, and buyers procuring seafood for restaurants. Many actors are relatively small, which means that lots of people are involved. To an outsider, the market looks quite chaotic, but it works. 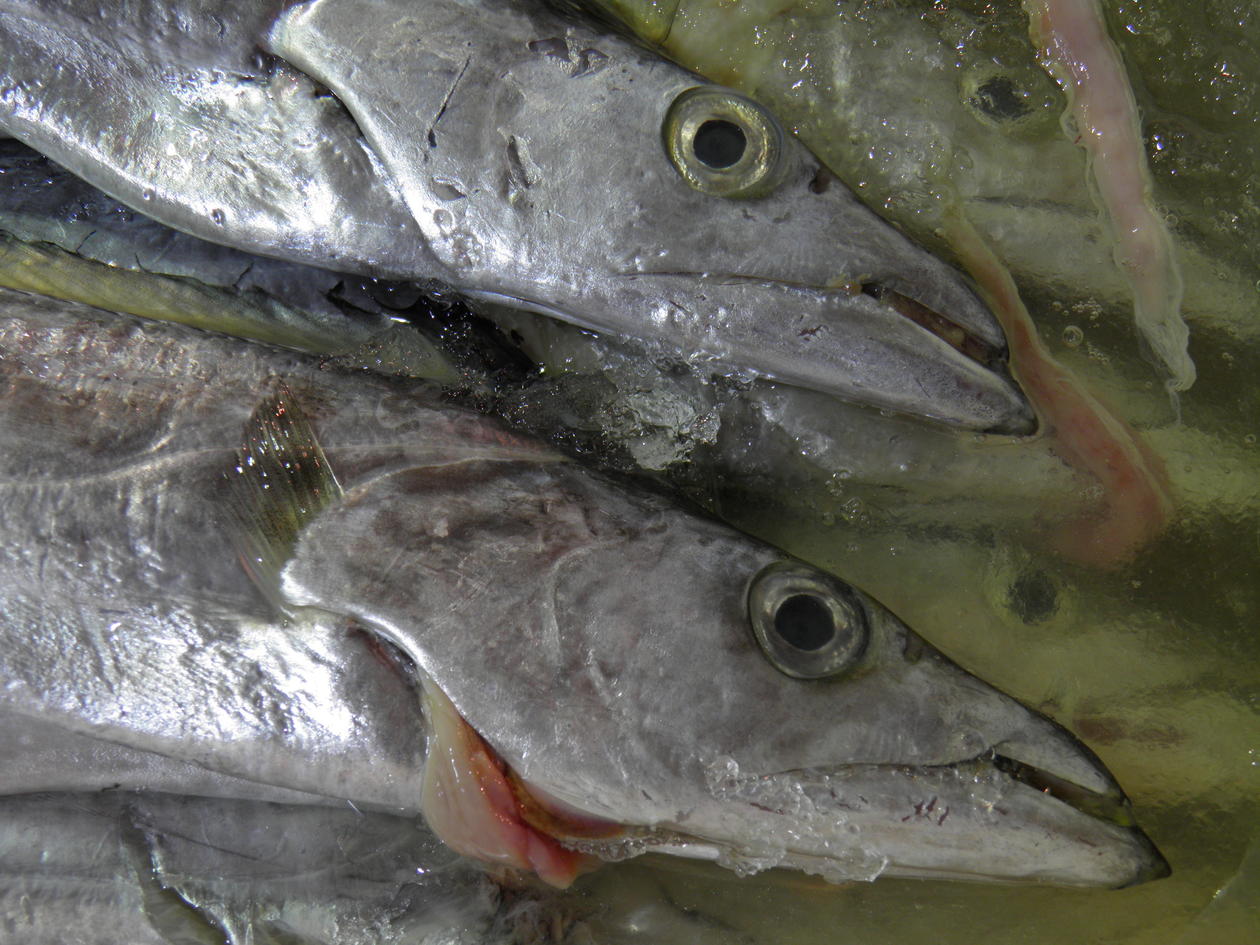 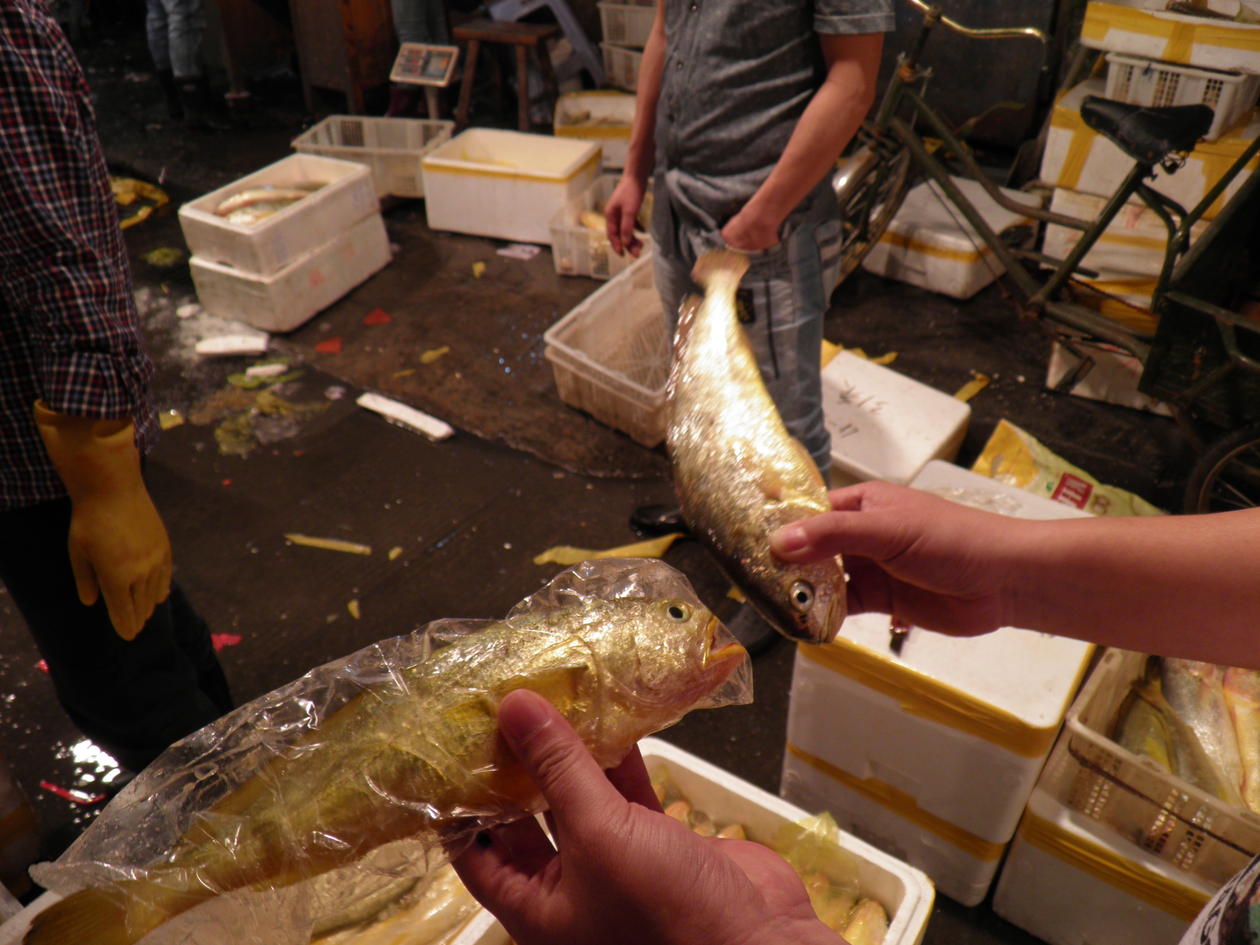 In China, wild-caught fish are appreciated much more than cultured ones. The wild fish on the left commanded price four times as high as the cultured one on the right.
Photo:
Mikko Heino 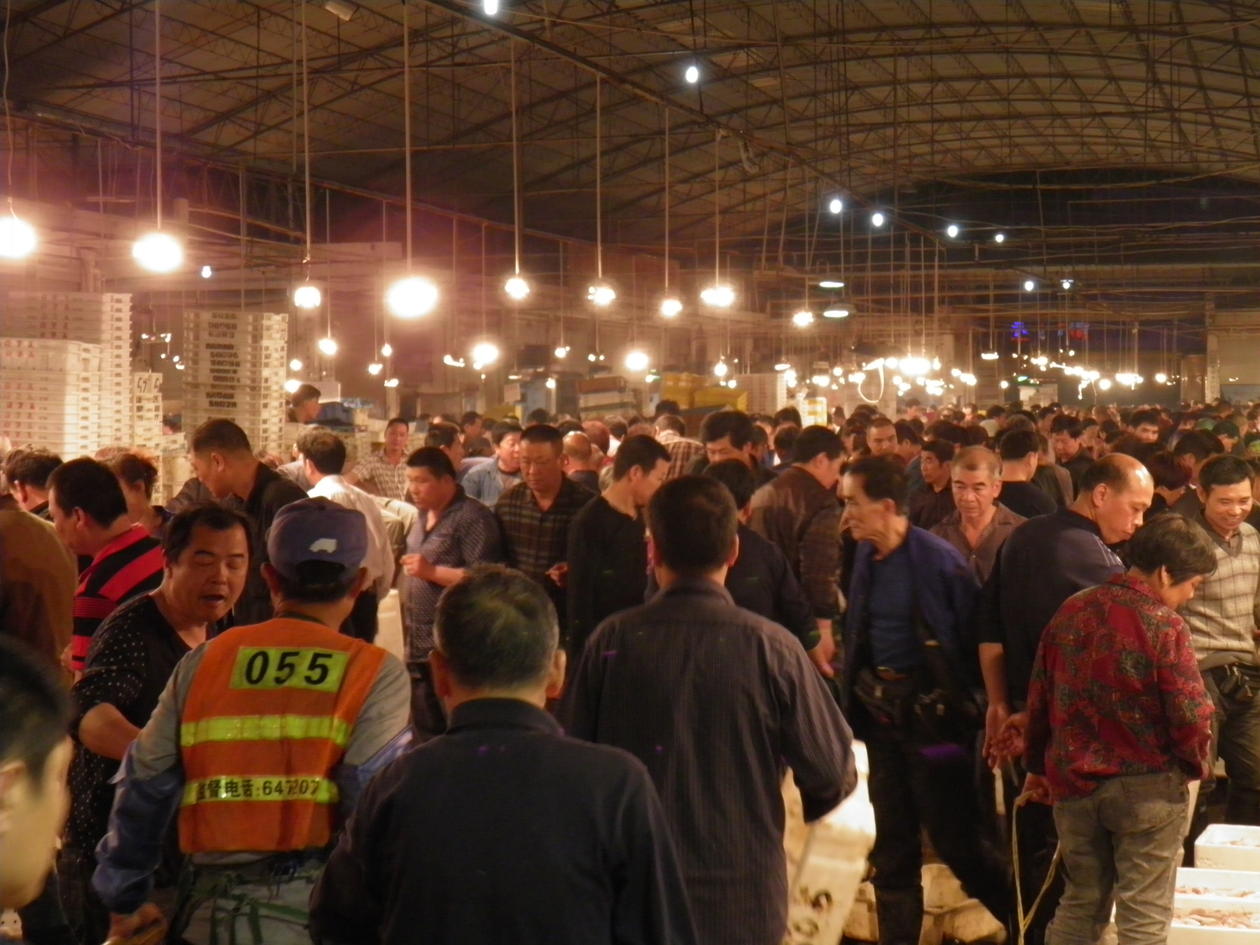 No shortage of people at the Cangnan market.
Photo:
Mikko Heino