" Archeology is a fascinating way to learn about human evolution because it opens up to all disciplines and allows us to look at human behavior from a holistic perspective".

READING STONES: Sarah Wurz is an expert in lithic analysis, meaning examination of stone tools and other chipped stone artifactsher. She has the ability to “read” a stone like only very few, her colleagues tells us.
Photo:
Magnus Haaland

How did it all start?

Wurz started her academic career by studying music and psychology. After finishing her degrees, she worked as a school advisor for some years before going back to university, where she got herself drawn into archeology in a way she had not anticipated.

"I have always been interested in questions like where do we come from and how did it all start", Wurz says.

When the opportunity came to go back to university, she decided to sign up for a course in archeology to see if she could find some answers to her questions.

"The more I learned and understood, the more fascinated I became", Wurz says with a smile.

Today Sarah holds a PhD in the subject and is an expert in lithic analysis, meaning examination of stone tools and other chipped stone artifacts. She is a well-published researcher, and her colleagues tells us that she has the ability to “read” a stone like only very few. Her combination of strong academic background and fieldwork experience has made her one of the most sought after lithic analysts in the world.

The secret of how to know

How can you tell when something which looks like a normal flake from a stone to us, can be an important piece, like a stone tool?

"With experience, you learn to identify certain features when you examine a stone. However, it is only when doing a proper investigation that you can know for sure if something has a bigger meaning. The secret is to find the right method that can bring you back to the original form and shape. In other words, she says, you need to work out how that piece of stone became a tool".

Wurz tells us that they have a set of methods that they know and can apply to new findings, but sometimes they need to invent new ones in order to reconstruct a discovery.

"During the examination, you will get an idea of how much energy and various materials have been involved in the process of making something like a stone tool. You will also be able to tell how many cognitive steps has been involved in order to make it", Wurz explains.

The stories from Klasies River

Klasies River, where she works as a PI, has a Middle Stone Age time span from 120 000 to 50 000 years ago, and contains a wealth of material and information on culture - in ornaments, pigments, stone and bone tools. During excavation, they have found remains of shellfish, fauna and micro fauna, stone tool materials and fireplaces.

"When we look at all the different remains together, we can definitely say that humans have lived here repeatedly. By analyzing the reduction sequences followed in the production of items like ornaments, pigments, stone and bone tools, we get information about the lives of our ancestors. The remains of shellfish tells us that they were hunters of the sea and the findings of remnants of food tells us that the food had been cooked or grilled. This we know by looking at the remains from the fireplaces, for example", Wurz says.

Wurz likes to approach any subject from a multi-disciplinary perspective. In addition to being a lithic analyst, she has also investigated how we developed the ability to make music and how this corresponds with humans becoming bipedal.

Bipedalism made running possible and this again coincided with distinct changes in the vestibular canal dimensions, where we find the inner ear. Studies have explained how the inner ear plays an important role in perceiving and producing rhythm, and that bipedalism not only made refined dancing movements possible, but also changed our rhythmic capabilities. According to Wurz this is also important when we try to understand how humans started to collaborate in larger groups.

"We know that rhythmic movement has been involved in building trust amongst humans. Research has proven that you can extend the trust and build social bonds between and within groups by dancing together, through synchronizing and entrained movement".

Wurz says that she likes to think about human evolution as a holistic circle, with rhythmic movement as the starting point for increased social interaction and cooperation, and the basis for developing new ideas and technology.

"Saying that, I also think that when we look into our shared origins, it is possible to understand that our commonalities overshadow our differences".

How do you think the situation for the students of today differs from your own experience?

“Social situations are much more challenging for today’s students, as they have to cope with information overload, and ever present social pressure from social media, but, as in earlier years, your choices determine your experience.  I was fortunate to study at the University of Stellenbosch situated in beautiful surroundings where I joined regular hikes on the mountains in the area and sang in the University choir, and played a bit in the University brass band.  This helped shaping my experience into a positive one”.

What are your hobbies/interests outside of academia?

“Pottery, learning to play the double base, exercise. I am also deeply interested in the healing properties of herbs and the origins of knowledge on this”.

Could you finish the following sentence? Archaeology is important because…

“..it tells us about our deepest roots and common origins.  When we look into our shared origins it is possible to understand that our commonalities overshadow our differences”.

What do you hope to acieve in the Sapinece project?

"Groundbreaking results that provides entirely new and paradigm changing insights into the Middle Stone Age can be achieved through research undertaken by an interdisciplinary group like Sapience. I am hoping that such new perspectives can be developed through dating and multidisciplinary palaeoenvironmental analyses."

Sarah Wurz in the Sapience project 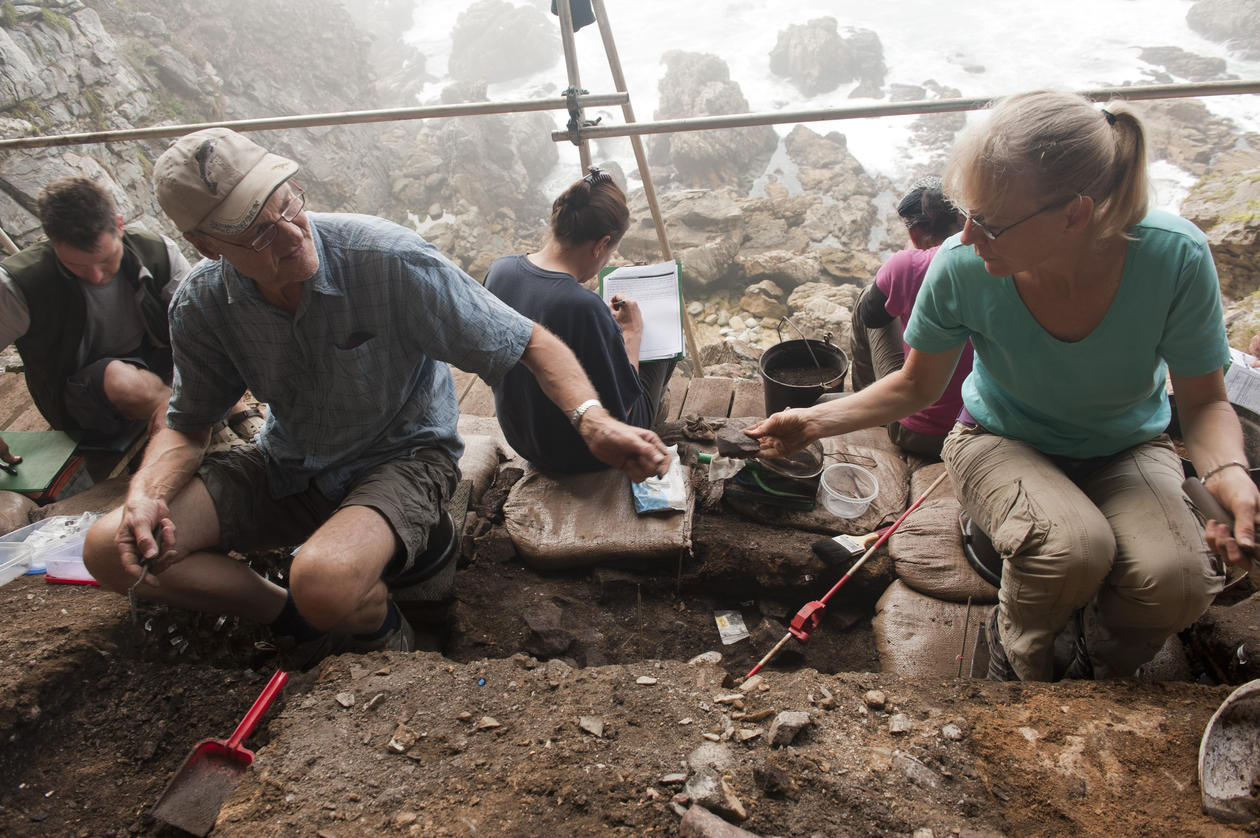 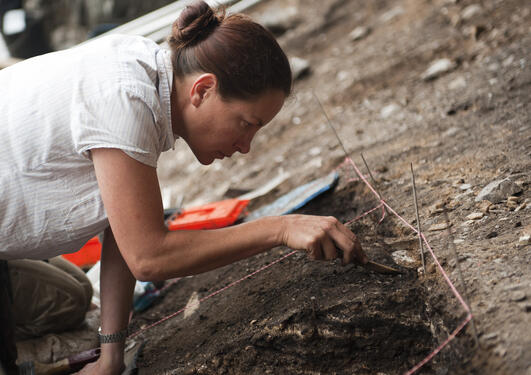