How iron-rich rocks shaped us into modern humans

One of the earliest forms of symbolic behaviour is the use of ochre. A new SapienCE project will explore how iron-rich rocks shaped the lives of early modern humans along the coast of South Africa.

LEAKY GRANT: Dr Elizabeth Velliky has received a grant from the prestigious Leakey Foundation, to study the complexities of past ochre use in the South African Middle Stone Age (MSA).
Photo:
Magnus M. Haaland

Dr Elizabeth Velliky, a postdoctoral fellow at SapienCE, has received a grant from the prestigious Leakey Foundation to study the complexities of past ochre use in the South African Middle Stone Age (MSA). The results of her project will create a new understanding of when, why, and how our ancestors collected and used ochre from as far back as 100,000 years ago, and ultimately tell us more about ancient humans and how they first developed language, cognition, and culture on the southern coast of Africa.

According to Velliky, a crucial aspect to investigating these questions is studying when our hominin ancestors started to use symbols to communicate certain ideas and with each other.

-This practice is still seen today: for example, people wear specific brands, clothing, or jewelry to communicate certain cultural ideas or messages to one another.

Velliky tells us that one of the earliest symbols is the use of red earth materials, particularly iron-rich rocks referred to as ochre, which were used to create colourful pigments and paints.

-Ochre has been used by humans all over the world throughout history, and is still in use today in many different ways. In the past, it can be found in rock and cave paintings, in burials and graves, and was likely as a body paint and sunscreen. Today, people still use ochre as a paint, for medicine, for religious reasons, in industry, and even in cosmetics, Velliky says.

Emerged during or before MSA

Because ochre is one of the earliest pieces of evidence for symbolic behaviour in the past, exploring when, why and how ancient humans collected and used ochre could give us valuable information on the culture, cognition, and society of early modern humans in southern Africa.

With funding from the Leakey Foundation, Dr Velliky has organised the ROSA project (Reconstructing past Ochre-scapes in South Africa), the goal of which is to explore past southern African cultural complexity by studying where – and possibly how and why – ancient humans collected ochre during the South African MSA.

In this project, Dr Velliky, along with her team of ochre specialists - Dr Brandi MacDonald and Cuan Hahndiek - will locate and sample places along the southern cape where ancient people could have collected ochre. These places, called “outcrops”, often contain unique elemental and mineralogical signatures based on their geological origins and location in the landscape.

- By using a series of geochemical techniques, we can document these unique signatures, their traits, and their location, Velliky explains.

She says that understanding the subtle nuances between these locations will ultimately allow them to compare the archaeological ochre artefacts from Blombos Cave, Klipdrift Rockshelter, and other archaeological sites to these ochre outcrops, allowing her to see where people collected ochre in the past.

-Understanding where people were traveling to collect these ochre pieces is essential to investigating how and why they collected and used ochre throughout the MSA, Velliky says. 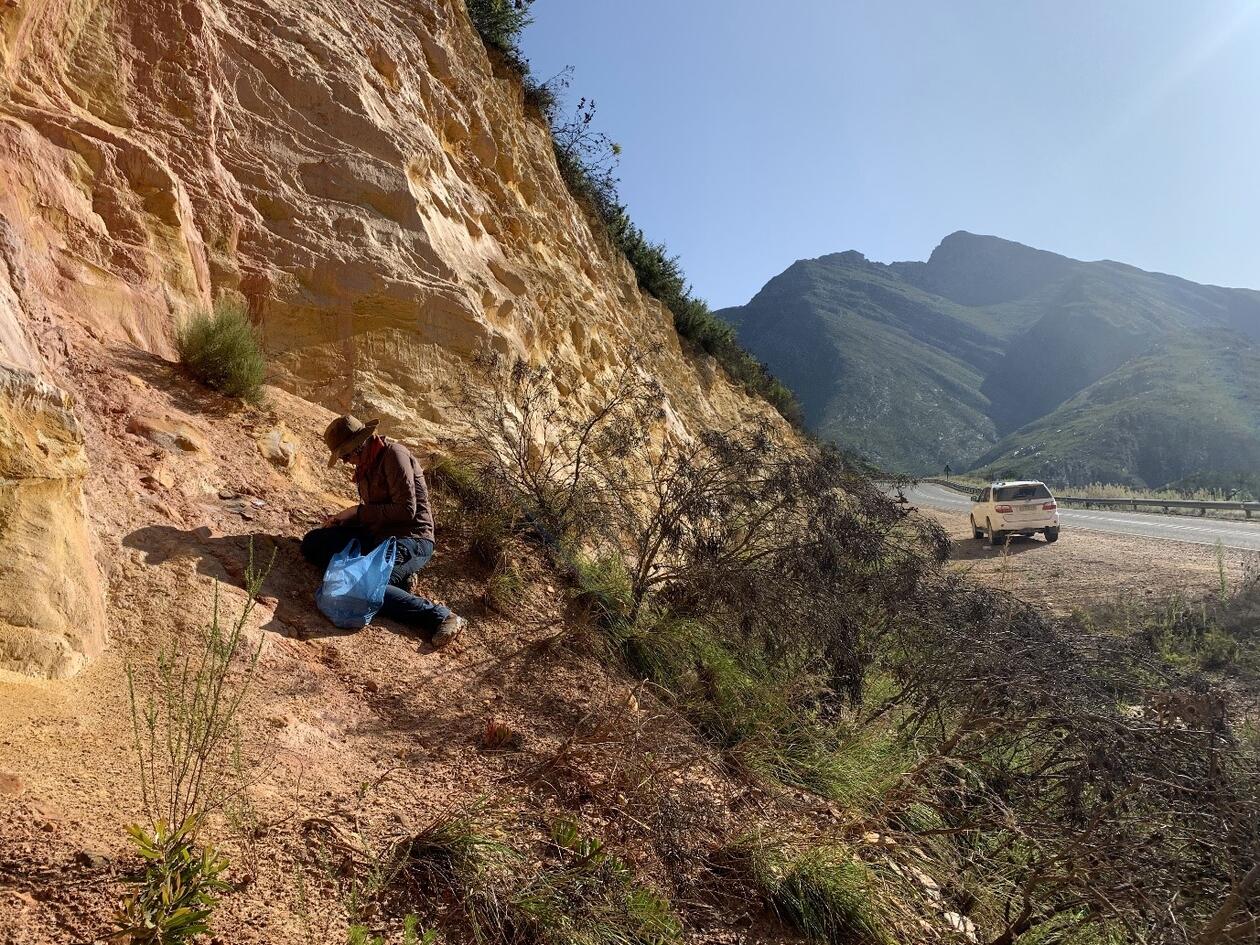