United Nations Academic Impact (UNAI) presents ocean research and education from the University of Bergen. Every Monday in June 2020 a new presentation of SDG14 – Life below water – will be presented by the UN in the inspirational Sustainable Ocean Series. The series launches Monday 8 June – World Oceans Day.

Voluntary commitments for the ocean

“I am proud to lead a university chosen by the UN to inspire scientists and educators globally to engage critically with the 2030 Agenda and the Sustainable Development Goals (SDGs),” says Rector Dag Rune Olsen at the University of Bergen.

The four select articles on the ocean are based on basic research, science advice and innovative education, with a focus on the 2030 Agenda. The articles in the series are translated into all the UN’s official languages: Arabic, Chinese, English, French, Russian and Spanish.

“I hope that through this series on SDG14 and our activities in research, education and science advice will inspire others to partake in a global voluntary commitment for a sustainable ocean,” says Rector Olsen.

In October 2018, UNAI announced the University of Bergen as its official Hub institution for SDG14. Since the UN Ocean Conference in June 2017, the university has worked closely with governments and the UN system to engage critically with the SDGs.

“When UNAI asked us to produce articles on ocean science and education to inspire the global community, there was no way we could turn this down,” says Professor Lise Øvreås, “in particular not given our leading role on SDG14 to secure a sustainable ocean.”

Professor Øvreås is also the scientific director of Ocean Sustainability Bergen, a virtual ocean science centre at the University of Bergen.

The University of Bergen has devised effective and result-oriented direct channels with governments and the UN system to provide research-based knowledge for decision-making on the 2030 Agenda. This includes working closely with a number of permanent missions to the UN, by co-arranging side events at major UN conferences.

“Science advice is nothing new. With the arrival of the 2030 Agenda, however, the University of Bergen decided to explore new avenues for our science diplomacy efforts and to offer tailor-made scientific advice towards the 17 SDGs and the 169 subgoals,” says Professor Øvreås, “with a special focus on maturing targets in the agenda and in particular SDG14, ocean science and the upcoming UN Decade of Ocean Science for Sustainable Development. We aim to contribute with our long standing ocean science knowledge and to inspire others to partake in global partnerships for the ocean.” 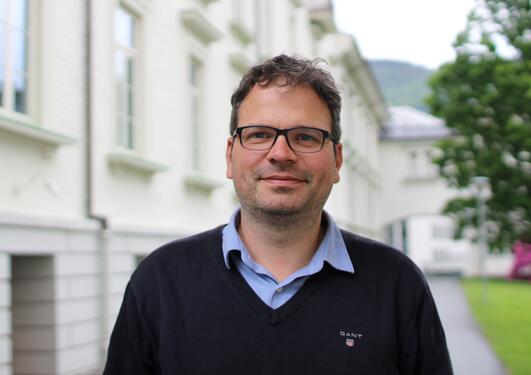 Providing data to save our ocean

Reporting on ocean acidification data directly targeting the Sustainable Development Goals is all in a day’s work for Benjamin Pfeil and his data group at the University of Bergen. 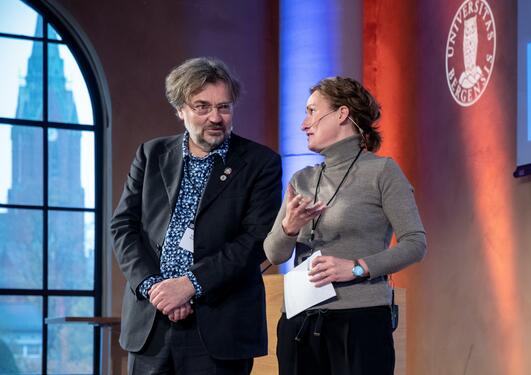 The law of the high seas

Biodiversity is one of the key issues in the debate for sustaining and developing our common ocean resources. Law researchers at the University of Bergen have long been engaged in judicial questions outside national marine territories.

The future of education in ocean science

The University of Bergen’s interdisciplinary SDG14 course educates the future ocean science leaders to engage critically with the 2030 Agenda.