The Nils Klim Seminar: "Outside Eden: The Bible on Migration"

In this seminar, 2020 Nils Klim Laureate Frederik Poulsen and his peers Casey Strine and Kristin Joachimsen will discuss how ancient texts can enrich our thinking about migration

The Nils Klim Seminar: "Outside Eden: The Bible on Migration"

Photo Credits: The Biblical figure of Cain, first son of Eve, is shown fleeing with his family from the Curse of Jehovah in the painting "Cain flying before Jehovah's Curse" (1880) by Fermon Common. Source: Wikimedia Commons, CC 3.0.
Producer:
Kulturoperatørene

The Bible contains numerous stories about migration and life among foreigners. From the very beginning, Adam and Eve are driven out of Eden into a brutal world. The patriarch Abraham and his family travel as strangers, and figures such as Joseph, Ruth, and Daniel embody challenges and opportunities of settling down in new cultural contexts. While at first sight studying these ancient texts hardly solves today’s challenges, the narratives and discources are a rich resource for thinking about migration. The Bible offers words and images for expressing and coping with these experiences, for ancient readers as well as modern.

10:00 Welcome by Ellen Mortensen, Academic Director for the Holberg Prize
10:02 Introduction to the seminar theme and speakers by moderator Einar Thomassen, Professor in Study of Religion, University of Bergen
10:10 Frederik Poulsen: "Fleeing from God: Cain and Jonah as Refugees in the Move
10:30 Kristin Joachimsen: "When Bethlehemites and Moabites Meet: Migration Stories of Hospitality and Risk in the Book of Ruth"
10:55 Casey Strine: "Fear and Loathing in the Levant: King David as Asylum Seeker and Refugee"
11:15 Panel Discussion11:45 Q&A
11:55 Closing remarks by Einar Thomassen

Fleeing from God: Cain and Jonah as Refugees on the Move

In the biblical stories about Cain and Jonah, flight constitutes a central theme. As punishment for killing his brother, Cain is condemned to live as "a wandering fugitive" on earth, expelled from society and on a constant flight from God's anger. Jonah, likewise, sets out to flee from God, and distance, separation, and rejection are key motifs in his psalm in the belly of the fish. In my talk, I will consider the ways in which these stories express and cope with general existential experiences.

Dr. theol., PhD, Frederik Poulsen is Assistant Professor of Old Testament at the University of Copenhagen. His research interests include exile and diaspora in the Bible, Old Testament prophecy, biblical theology, and reception history. His most recent book is The Black Hole in Isaiah.

Fear and Loathing in the Levant: King David as Asylum Seeker and Refugee

David ben Jesse’s triumph in battle (1 Sam 18) causes King Saul to despise him, resulting in David becoming an asylum seeker, refugee, and return migrant. What follows is a narrative of familial conflict, fracture, and involuntary migration that culminates in his giving his throne to Solomon with instructions to avenge his enemies and complete the sedentary home for his patron deity YHWH. Although this is an atypical summary of the narrative in 1 Sam 18–2 Kings 2, it simply foregrounds the important role involuntary migration plays in its plot—and should have in its interpretation.

Rev. Dr. C. A. (Casey) Strine is Senior Lecturer in Ancient Near Eastern History and Literature at the University of Sheffield and the author of Sworn Enemies: The Divine Oath, the Book of Ezekiel, and The Polemics of Exile, winner of the 2015 Manfred Lautenschläger Award for Theological Promise.

When Bethlehemites and Moabites Meet: Migration Stories of Hospitality and Risk in the Book of Ruth

The Moabite Ruth, who settles down in Bethlehem, has been interpreted as an ideal, fully assimilated immigrant (Ozick) and one fitting into a cosmopolitan identity, in which her foreignness is abolished (Kristeva); but such harmonious interpretations have also been criticized, as, for instance, both Ruth’s gains and losses are stressed (Honig). The present contribution will explore how in the Book of Ruth, the migrants in the fields of Bethlehem and Moab encounter both care, protection as well as danger.

Dr. Kristin Joachimsen, Professor of Hebrew Bible / Old Testament at MF-Norwegian School of Theology, Religion, and Society. She is the author of Identities in Transition: The Pursuit of Isa. 52:13-53:12. Her current project is on perceptions and receptions of Persia in Antiquity.

Moderator for the seminar is Einar Thomassen, Professor Emeritus in Study of Religion, Department of Archaeology, History, Cultural Studies and Religion, University of Bergen.

This is a virtual event, which will be broadcast on this page and on Youtube. We encourage anyone who is interested to ask questions and join the discussion via Twitter by using the hashtag #NilsKlim2020 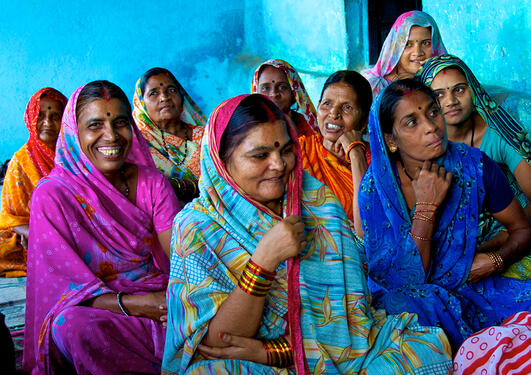 Nils Klim-seminaret: “The Politics of Inclusion: Electoral Quotas in India” 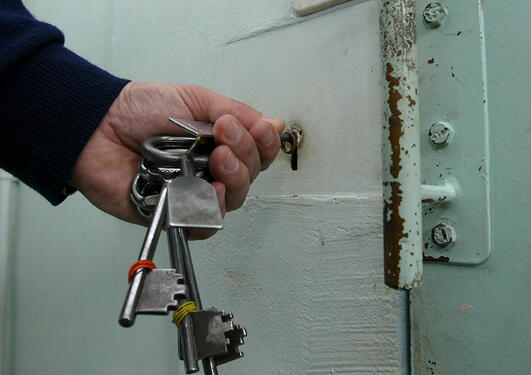 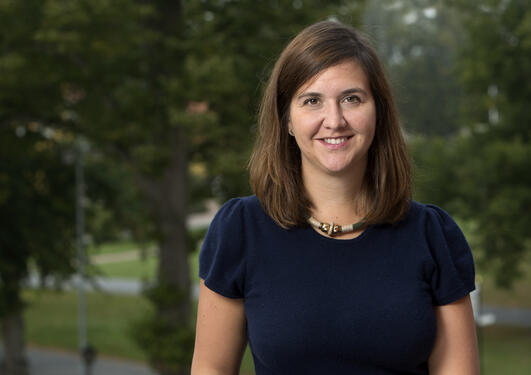 Nils Klim Laureate Sanja Bogojević will present her research at an open seminar hosted by the Faculty of Law at the University of Bergen.