Kjetil Finnes figures do not look like the average people you’ll meet on the street. Here are strange costumes and fools’ hats in a brown color palette. We can imagine that Finne has portrayed members of a traveling circus, of the kind that wear old-fashioned costumes without being from a particular era.

In Finne’s two drawings in the Administration block it is first and foremost the head garments that stand out. Both pictures depict a young man, with a striped hat. One has a pointy cap, while the other's hat sticks out to both sides of his head, like Pippi Longstocking’s braids. The pictures are drawn with pencil on brown paper. Only the Pippi hat breaks with the gray and brown, with touches of bright blue.

Although their hats are odd, there's nothing silly in the facial expressions of the persons. The one with the Pippi hat has a moon-shaped face, with a rosebud mouth and small, pensive eyes. The intelligent and somewhat sad are also features of the other man, who is shown a little from the side. He has the same small, expressive eyes and the same narrow mouth. Finne shows us people who are peculiar, inspiring our imaginations.

Kjetil Finne (1951 -) is an artist, and works with painting, graphics and photography. He often depicts people in strange costumes, in monumental compositions. Rather than looking to replicate actual people, he conveys his experience of them as metaphors for parts of human life. Finne has had numerous exhibitions at home and abroad, and is represented in the Arts Council Norway, the Palestinian Municipality and the NATO headquarters in Norway. 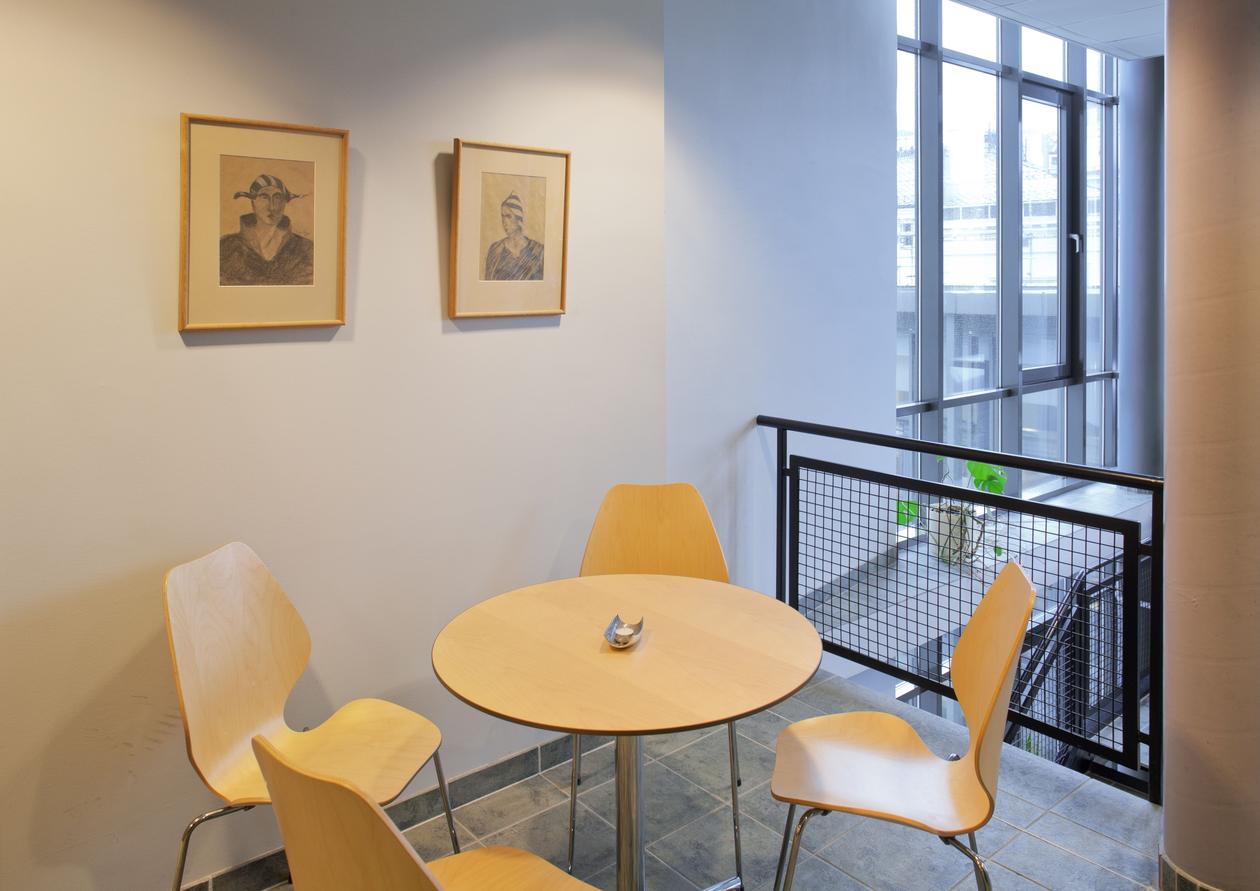