This interview is part of a ZEIT ONLINE series of interviews where leading researchers are asked about their concerns in the current crisis. According to Norheim, "The question should be: Where can the most lives be saved?"

Given that corona vaccines will initially be a scarce commodity, medical ethicist Ole Norheim and a group of international colleagues have been looking at how they could be distributed fairly - globally (see Science Magazine article An Ethical Framework for Global Vaccine Allocation, published online on 3 September 2020). This article provides a backdrop for the interview with ZEIT ONLINE.

The ZEIT ONLINE interview conducted by Elizabeth von Thadden in conversation with Ole Frithjof Norheim is available online (in German):

[The question should be: Where can the most lives be saved?]

Below is an English translation of the interview:

THE QUESTION SHOULD BE: WHERE CAN THE MOST LIVES BE SAVED?

ZEIT ONLINE: What are your thoughts, Ole Norheim?

Given the shortage of vaccines, I am concerned about how to deal with the fact that people and countries are unequally affected by the pandemic and its economic effects. A Norwegian like me, living in a rich country with a functioning health system and receiving a fixed salary, is in a fundamentally privileged position with regard to the vaccine. This is in stark contrast to the situation for people in poor countries, whose lives need to be protected just as much as those of Norwegians. My thoughts are therefore focused on questions of ethics and distributive justice. We are now dealing with a classic situation of scarcity that forces us to find clues as to how a scarce commodity can be fairly distributed in a global context and who will be vaccinated first. This is because the vaccine, which does not even exist yet, will be extremely scarce for at least the first two years as production capacities are not sufficient to vaccinate the entire world immediately.

ZEIT ONLINE: In your opinion, is there a top ethical criterion that can guide these deliberations?

Norheim: The most urgent issue is to prevent the premature death of every person who could still have lived. However, in a broader context, it is a question of defining the values that count when dealing with this particular challenge of achieving global distributive justice.

ZEIT ONLINE: Which values are the most fundamental?

Norheim: In my opinion, the three most important values ​​are 1) to limit the damage by protecting human life; 2) to prioritise the disadvantaged who have little protection; and 3) to treat all people equally, regardless of factors such as gender or religion. I also consider it crucial to pay attention to the fact that there are three different types of damage that we should prevent: the fatal risk of Covid for every individual, the overloading of the health system and the economic disaster. The following question must always be asked: What damage is irreversible and what can be repaired? And death, especially premature death, is the damage that definitely cannot be undone. Preventing it is a priority.

ZEIT ONLINE: National governments will be responsible for acquiring and distributing the precious substance. And some rich countries such as the US, Japan and those in the EU have already been securing millions upon millions of doses for their own populations. An ethical approach is behind schedule if vaccine nationalism is to be stopped.

Norheim: Yes, we are running late, but it is still important to bring ethical criteria into the debate now. These criteria will be relevant for companies that have committed to a fair distribution of the vaccine as well as for national governments and their ethics committees when considering how to proceed. Frameworks for vaccine allocation are now in demand everywhere and I am interested in the possibility of achieving a balance between the unequal states so that no country remains unprovided for. The vaccine will be distributed worldwide by national governments, potentially to billions of individuals who are at risk.

ZEIT ONLINE: What speaks against every state supplying its own population?

Norheim: Initially nothing. The group of researchers with whom I worked to draw up an ethical framework for global vaccine distribution is very realistic in its proposals: National governments are of course obliged to their own citizens and want to take care of them first. But this only applies to a limited extent. And that is what matters to us: If a state succeeds in reducing the reproduction rate to below one, it will have excess vaccine capacity that can be donated to other countries.

People in crisis situations do not always think ethically.

ZEIT ONLINE: Why, for example, should Norwegians agree to the capacities of their country being given to others instead of keeping them for all eventualities?

Norheim: Distribution is an ethical issue, and people in crisis situations do not always think ethically. This makes it even more important to define ethical criteria so that societies and states can find a balance.

ZEIT ONLINE: Is there an alternative to the vaccine being distributed by national governments?

Norheim: We live in an unjust world, and ethical recommendations like ours will not make much difference to that. It is nevertheless important to devise alternatives to the national path. Otherwise, the rich countries will also be the first to benefit in the pandemic. In an ideal world, if every life counts equally, it would be good if we also had global institutions to distribute a global good such as this vaccine. This would give legitimacy to the distribution process. But these institutions do not exist, which means that we have to accept that national governments are the ones with the power to act and we will have to look even harder for compensation mechanisms.

ZEIT ONLINE: The World Health Organisation has proposed a different path from that of vaccine nationalism: All states are considered equal in that everyone is provided for according to their population. Is this a suitable path to take?

Norheim: A global alliance, including the World Health Organisation and the global Covax platform, has proposed this distribution mechanism, which the EU also supports: to allocate a proportion of the vaccine to each country. In the initial phase, this could comprise vaccine doses for three percent of the population. The group of researchers with whom I developed the ethical guidelines we are discussing is critical to this approach: The distribution per capita is too rigid. The number of vaccine doses should be steered more according to the specific needs of a country and be aligned with their effectiveness. The question should be: Where can vaccinations save the most lives and protect the economy? It would not be fair for countries such as Norway, where the pandemic has not caused serious harm, to hoard their supply of vaccines, while densely populated countries with weak health systems and badly damaged economies, such as India, hardly get anything.

ZEIT ONLINE: You say you want to use vaccination to prevent premature death. This is very different in Norway or Germany with their old populations as compared to, for example, Niger with its young population.

Norheim: We weigh up ethically how we can most effectively help as many as possible. For this reason, we recommend saving every life possible, at the same time as we take into account which life expectancies will be destroyed by Covid. It is of course highly controversial whether the statistical number of years of life not lived should be significant. In other words, whether the young life that has not yet had a chance to develop is more valuable in case of doubt than the life of old people who have already lived a full life. I lean towards this attitude. On the other hand, the risk of dying from Covid increases with age, so old people should be prioritised with regard to receiving the vaccine. There is no absolute criterion, there are only ethical considerations.

ZEIT ONLINE: We are talking about a great unknown here - that is the vaccine. We do not yet know its effect. Does it even make sense to engage in ethical considerations now?

Norheim: It is likely that several vaccines will be approved at the beginning of next year without us knowing which ones they are and what effects they have. They will either provide protection against becoming infected or they will reduce the risk of serious illness. For those interested in offering an ethical framework now, both variants should be included in their proposals in order to be able to specify which vaccine is the best. And that is in itself an ethical question. In my opinion, the best vaccine is the one that most effectively limits the damage to the health and livelihood of all people and that is relatively easy to distribute. 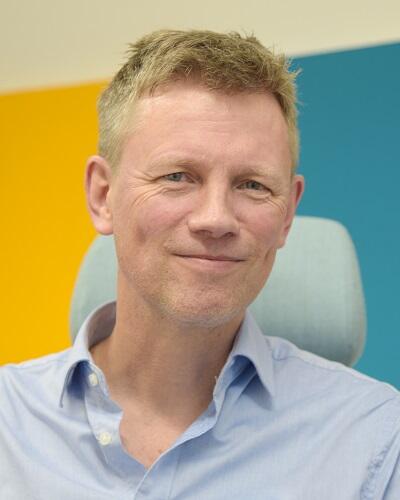 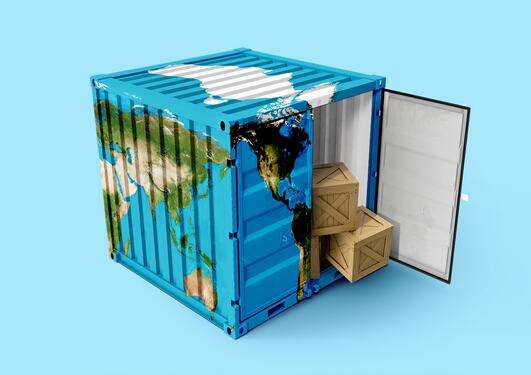