Anna Berg defended June 22nd 2017 her dissertation: «Molecular alterations and diagnostic imaging in premalignant and malignant endometrial lesions for improved diagnosis and treatment» at the University of Bergen.

A way to more effective treatment and avoiding over-treatment

Analyses of tissue samples revealed important signaling pathways activated in the tumor early in the cancer development. We also found molecular changes in the precursors of cancer as expression of inflammatory changes in the tumor, and these were strongly associated with overweight in the patient. Our findings may affect the development of more effective treatment in obese endometrial cancer patients in the future. The studies also showed that in some tumors, the microenvironment around the cancer cells was particularly characterized by little oxygen, and that these were more aggressive and associated with worse prognosis. We also found that precursors of endometrial cancer and low-risk endometrial cancer had similarities in the genetic expression. This can help distinguish patients who should be surgically treated from those who may be offered hormone treatment and regular controls.

We investigated magnetic resonance imaging (MRI) and positron emission tomography (PET) imaging findings and found that these studies could improve mapping of tumor proliferation and help distinguish between precursors and early tumors prior to initiation of treatment. Our results could contribute to more tailored treatment of endometrial cancer and precursors to endometrial cancer in the future.

Candidate from the Department of Clinical Medicine and CCBIO

Anna Berg (born 1984) is raised at Aurskog in Akershus and got her medical degree from the University of Bergen in 2009. She has worked at the Gynecological Department, Woman’s Clinic, Haukeland University Hospital , and since 2012, been a PhD candidate affiliated to CCBIO and the Bergen Gynaecologic Cancer Research Group. The doctoral work has been conducted under the supervision of Ingfrid S. Haldorsen, Helga B. Salvesen, Camilla Krakstad and Henrica M.J. Werner, at the Department of Clinical Medicine and CCBIO, University of Bergen.

The dissertation is available at the Faculty of Medicine Library. For purchase/order of the dissertation, please contact the candidate directly. 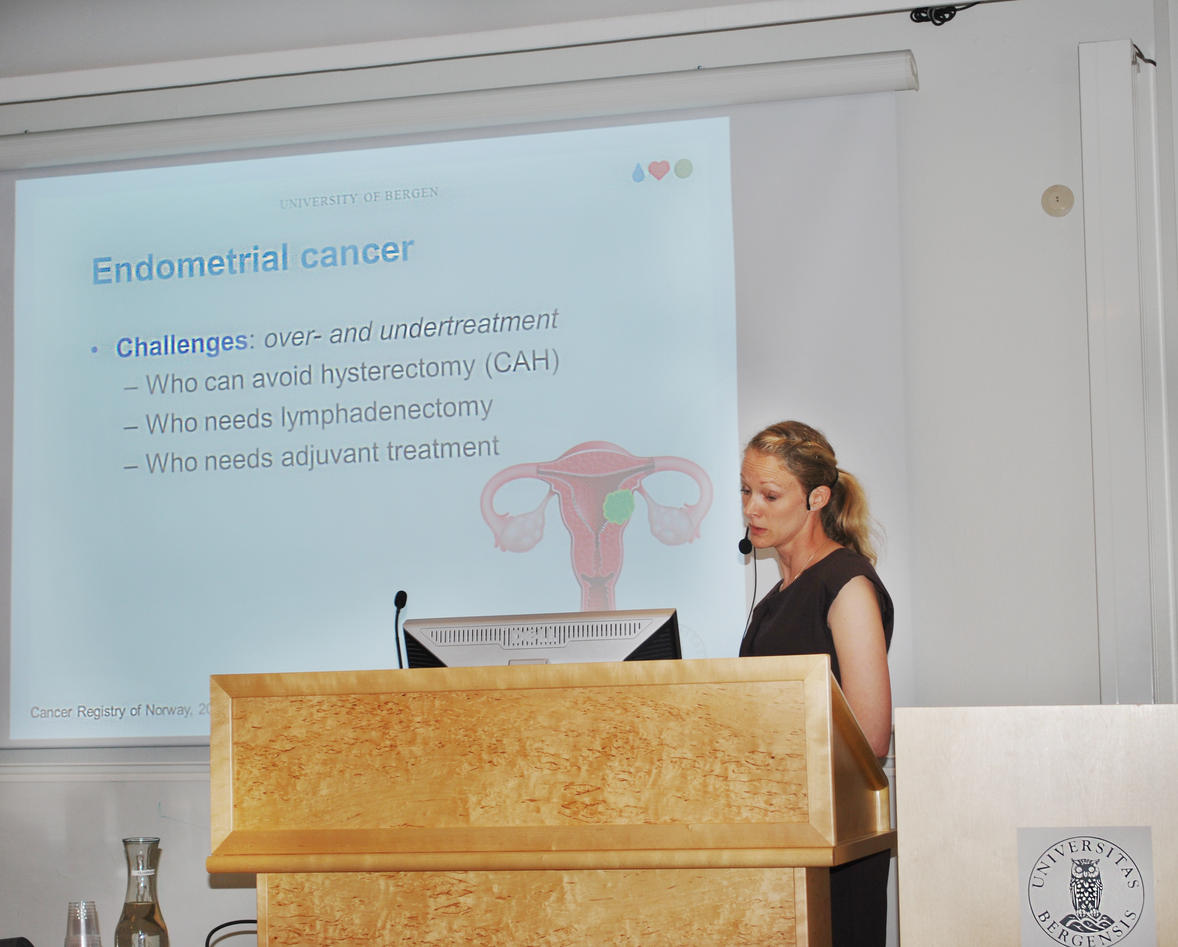