The Norwegian Cancer Society announced September 2nd that this year’s King Olav V's Prize for Cancer Research will go to Professor Bjørn Tore Gjertsen. The award amounts to 1 million NOK, is considered as a great honor in the Norwegian research communities and goes to the very best in the entire spectrum of Norwegian cancer research.

The Norwegian Cancer Society has each year since 1992 awarded the King Olav V's Prize for Cancer Research to a cancer researcher or research group who has distinguished themselves through scientific contributions to Norwegian cancer research. CCBIO’s Director Lars A. Akslen has previously received the prize (in 2009). Other recipients from the University of Bergen are Rolf Bjerkvig (2015), Olav Dahl (2013), Per Eystein Lønning (1999), Stein-Ove Døskeland (1995) and Per Magne Ueland (1992).

According to the criteria, the candidate's research should be of benefit to cancer patients and will continue to do so in the future, the researcher should have achieved international recognition, and he or she should promote and strengthen Norwegian research communities. King Harald will present the prize in the University of Oslo Aula on October 18, 2021.

Bjørn Tore Gjertsen is one of the CCBIO PIs since the start in 2013 and has been the co-director since 2016. He has since 2007 been a full professor of hematology at UiB and senior consultant at Haukeland University Hospital, where he was senior consultant at the Clinical Trials Unit 2010–2018 and research director 2017–2019. He also established and managed UiB’s Flow Cytometry Core Facility during 2011–2017. Gjertsen holds several patents and is a co-founder of two companies focusing on pre-clinical and clinical development of next generation cancer therapy (KinN Therapeutics AS and Alden Cancer Therapy AS).

The nominators point to Gjertsen’s particular interest and gift for successfully performing long-standing and complex projects, combining excellent basic research with innovative patient treatment. He has pioneered the development of “companion research-based diagnostics and therapy” within his field, where advanced functional analyses govern start and follow-up of specific treatments. This work has mainly been in hematologic oncology, both nationally and with substantial contributions internationally.

The nomination further states that “Gjertsen has a strong track record through more than 20 years of treating patients, collecting and analyzing clinical samples using novel technologies, and he has contributed significantly to developing guidelines in his field. He is a driving force at the institutional level aiming to strengthen the capacity to perform early clinical trials testing novel therapy and with attached research programs.”  The nominators also point out that Gjertsen has a large network both nationally and internationally, with an activity that illustrates a growing international recognition through his career. They also commend his ability to be an important bridge-builder, strengthening the research communities, and his support for career development of young researchers.

A career in cancer research by serendipity

Gjertsen obtained his MD at UiB in 1992 but had no clear plan to pursue a career within cancer research.

“The choice of research field was a bit serendipitous,” he explains.

“I started in the field of medicine because I believed that this would give me the possibility to be involved in research, and maybe aim for a PhD. Various fields were considered, including immunology. Then the young Professor Stein-Ove Døskeland recruited students to his group in 1986 and introduced the new field of cell biology – and I was convinced that this was a very good place to be. Døskeland had then, as now, a very high energy level and a contagious enthusiasm. The scientific discoveries of cell death regulation appeared important for future cancer therapy. At the same time, the Norwegian Cancer Society was an important contributor to Norwegian research. The Cancer Society made it possible for me to embark on a student fellowship and a PhD fellowship. By then I also recognized the importance of cancer research for the society as a whole,” he says.

Gjertsen finds that when it comes to his own contributions to cancer research, the connection between intracellular signaling and cell death regulation may have had most significance.

“In the future, I want to build on this to better understand the early responses in cancer cells – hours and days – after start of therapy. In fact, I believe that cancer cells may tell us about the overall response within a short time span,” he explains.

Gjertsen hopes that this prize could help make science in general more visible in our society.

“For me, this prize is a great motivation to keep focus and develop new ideas,” he says.

The nominators point out that Gjertsen is a strong team-builder and active in promoting the career development of young scientists.

“As a young recruit in science, I felt a lot of support and inspiration from my tutors and peers. I feel an obligation to pass this on to new generations,” he says.

“Several professors inspired me at the former Preclinical Institutes,” he continues. “The group led by Professor Døskeland nurtured a vibrant environment which made it an exciting place to be. Interaction with researchers at the Departments of Biochemistry and Physiology allowed us to learn new methods and use new advanced equipment. Through the network of Professor Karen Helle, we met the Nobel laureate Edmond Fischer for discussions on reversible phosphorylation in signaling. Research in leukemia was introduced in a collaboration between Døskeland and Professor Michel Lanotte in Paris. Networks, international collaboration, great colleagues and an enthusiastic supervisor constituted a mixture that really inspired me,” Gjertsen explains.

Bjørn Tore Gjertsen is happy to share some pieces of advice to the University’s young researchers.

“Listen to the seasoned researchers, and use their advice to carve your own path,” he says. “The road is long – setbacks and negative results are important parts of the process of scientific discovery. And try to have fun on the way!”

“Bjørn Tore is an enthusiastic colleague with a unique ability to combine updated insights in biology with innovative cancer therapy and care for the patients. His creativity and energy also affect those around him, which explains his huge network of collaborative partners both nationally and internationally. He is a driving force in CCBIO and a role model for young research talents,” Lars A. Akslen concludes.  “Congratulations to Bjørn Tore Gjertsen with this award – it is highly deserved!” 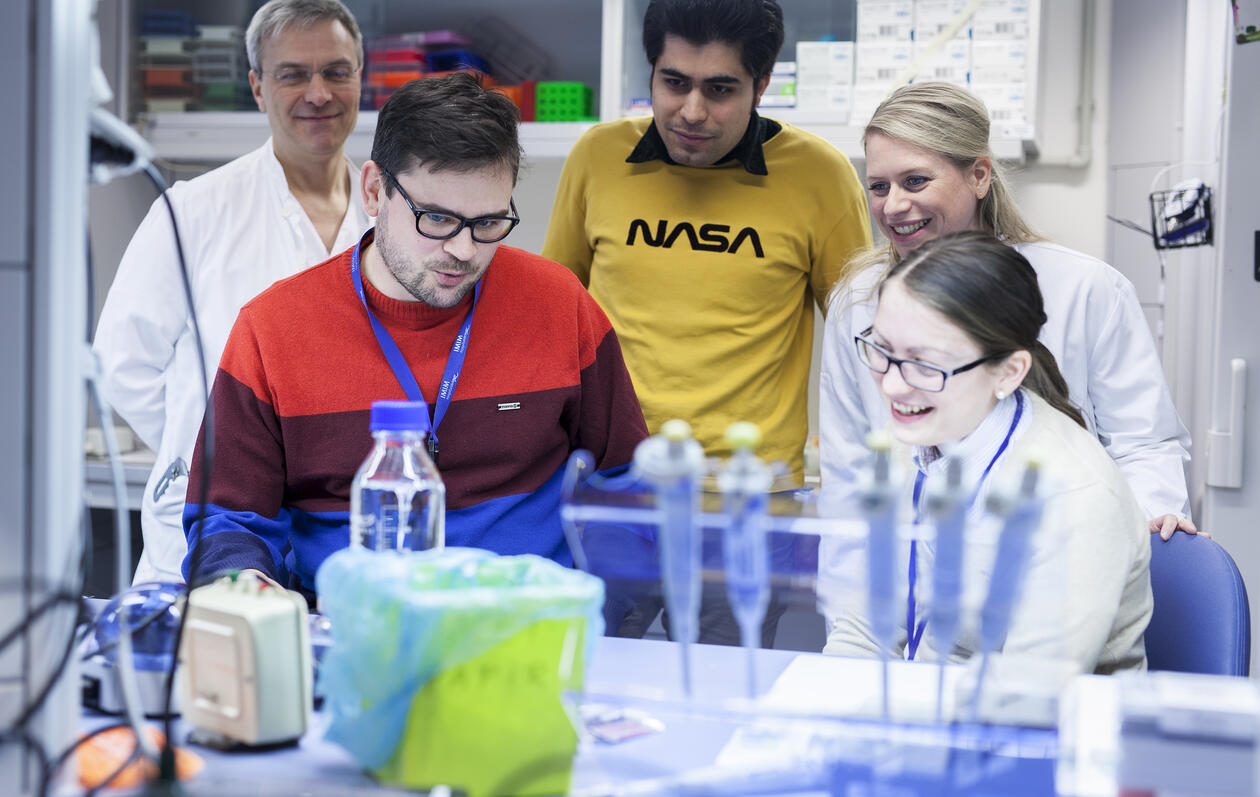 Gjertsen feels that in the hunt for novel discoveries, we need young researchers with novel ideas and new mindsets.
Photo:
CCBIO/Ingvild Festervoll Melien 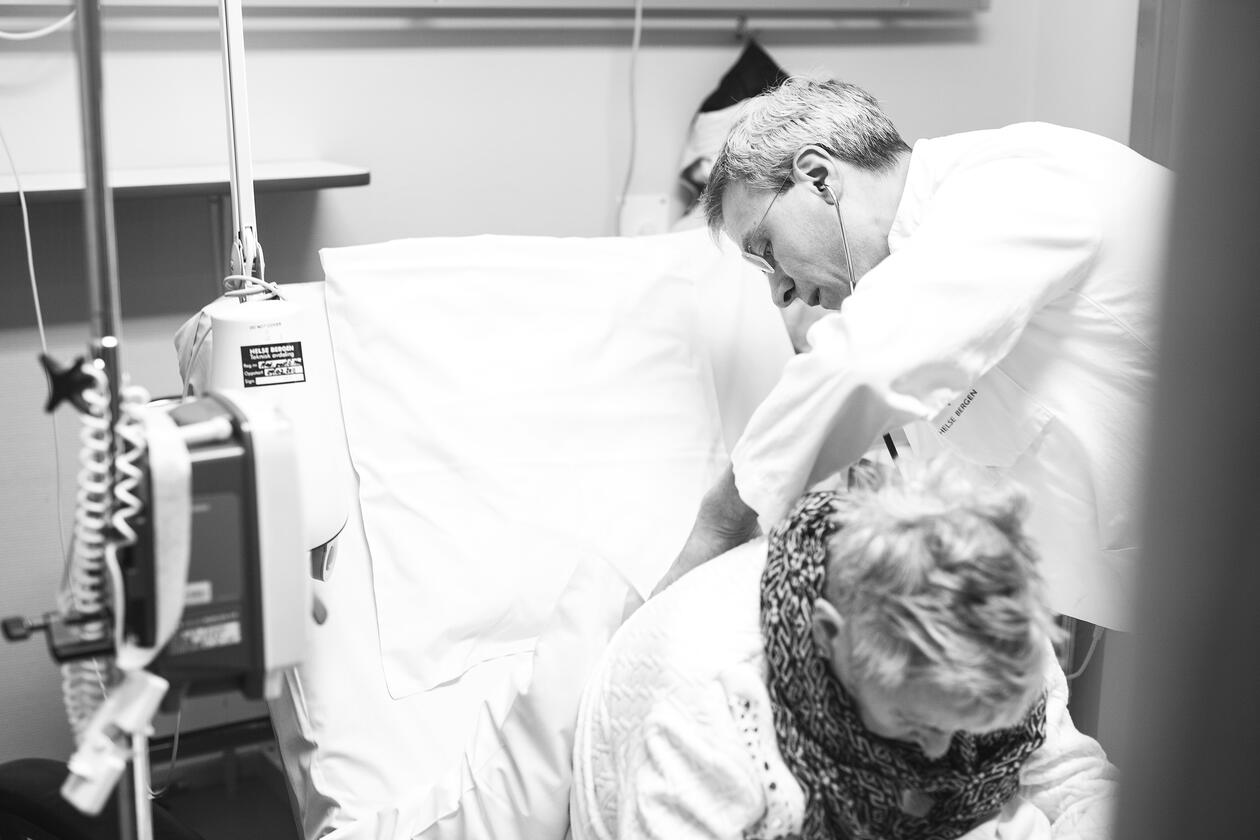