Coupling of Southern Ocean and Antarctica during a past greenhouse

Temperature in the Southern Ocean was more tightly linked to the extent of Antarctic glaciation during past greenhouse climates than previously thought.

Around 15 million years ago, in the geological epoch Miocene, the Earth experienced high global temperatures and a greenhouse climate similar to that expected for the future. The warm period was followed by an abrupt transition towards cooler conditions and an expansion of the ice sheet at the vast land area around the South Pole.

Although these changes went along with a drop in atmospheric CO2 concentrations, it was previously thought that the main reason for the ice sheet growth were changes in the Southern Ocean surrounding Antarctica. This is because previous data suggested a pronounced cooling in that ocean prior to the ice expansion, implying only an indirect role of CO2 for the ice sheet behavior.

– However, estimating ocean temperatures from the Miocene epoch, millions of years ago, is a major challenge, says Thomas Leutert, lead author of the new study.

Together, researchers with the Bjerknes Centre of Climate Research and the University of Bergen and colleagues from the Max Planck Institute for Chemistry in Mainz, Germany, have applied not just one, but two independent methods for reconstructing temperatures in the upper waters of the Southern Ocean.

The study is part of his doctoral thesis at the University of Bergen and the Bjerknes Centre for Climate Research. Together with his supervisor Nele Meckler, Thomas Leutert studied the composition of tiny shells of microorganisms called foraminifera, found in the sediment cores collected from the Southern Ocean sea floor.

Based on the relatively new approach of specialized chemical analysis of microfossils tell of ocean temperatures during their lifetime.

In Germany, their colleagues at the Max Planck Institute for Chemistry applied another technique for reconstructing ocean temperatures, using the composition of molecules stemming from the soft tissues of a different kind of organism (Archaea).

The two techniques come with very different types of uncertainties and therefore do not necessarily yield consistent estimates of past ocean temperatures, even if applied at the same location. Consistent results, on the other hand, greatly increase confidence in the temperature reconstructions.

– And indeed, the results from both methods agree surprisingly well, and show a different picture than previous data, Thomas Leutert notes.

CO2 as a common factor

In the light of the results, the researchers argue that it becomes more likely that a common factor led to both ice growth and ocean cooling. This puts declining atmospheric CO2 levels back into focus: The decline in CO2 is likely to have led to both ocean cooling and ice sheet growth.

The new study provides a new perspective on the interactions between atmospheric CO2, Southern Ocean, and Antarctica across a dramatic transition in global climate. The findings of the study support the interpretation of a strong sensitivity of high-latitude climate to atmospheric CO2 changes, also in times long past.

This affects how the researchers see the complex mechanisms driving climate change around Antarctica, a region that is considered especially vulnerable to future changes. 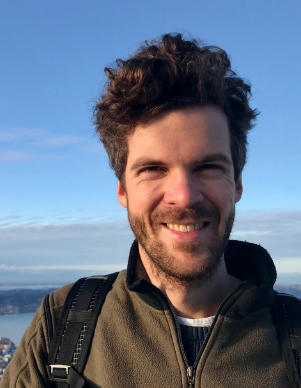