Gaming in the Roman Iron Age

This April, the University Museum of Bergen, excavated the remains of a small Early Iron Age grave cairn at Ytre Fosse, Western Norway. The location is spectacular, overlooking Alversund and the “Indre Skipsleia”, a part of the old shipping lane, Nordvegen, – which gave Norway its name. The whole area is dotted with monumental grave mounds on both sides of Alversund, symbols of an Iron Age political landscape and the power and control of goods and travels along the Norwegian coast.

The grave turned out to be a cremation patch containing 3 ceramic pots, a bronze pin, burnt glass and 18 gaming pieces and an elongated dice. The dice is of a very rare type, exclusive for Roman Iron Age (AD 1 - 400). In Scandinavia, similar dices are found in the famous Vimose weapon-offering site at Fyn, Denmark. At Vimose also the gaming board was preserved, giving a unique view into Early Iron Age board games among the Germanic tribes in Scandinavia. Board games, inspired by the Roman game Ludus latrunculorum, seems to have been played amongst the elite in Roman Iron Age Scandinavia. These games are also the forerunner to the more famous Viking Age (AD 750-1050) board game Hnefatafl.

The results from the Ytre Fosse excavation will undoubtedly contribute with more precise data on the chronology of dices and gaming pieces in Early Iron Age Norway and the significance and social impact of gaming amongst during these times. 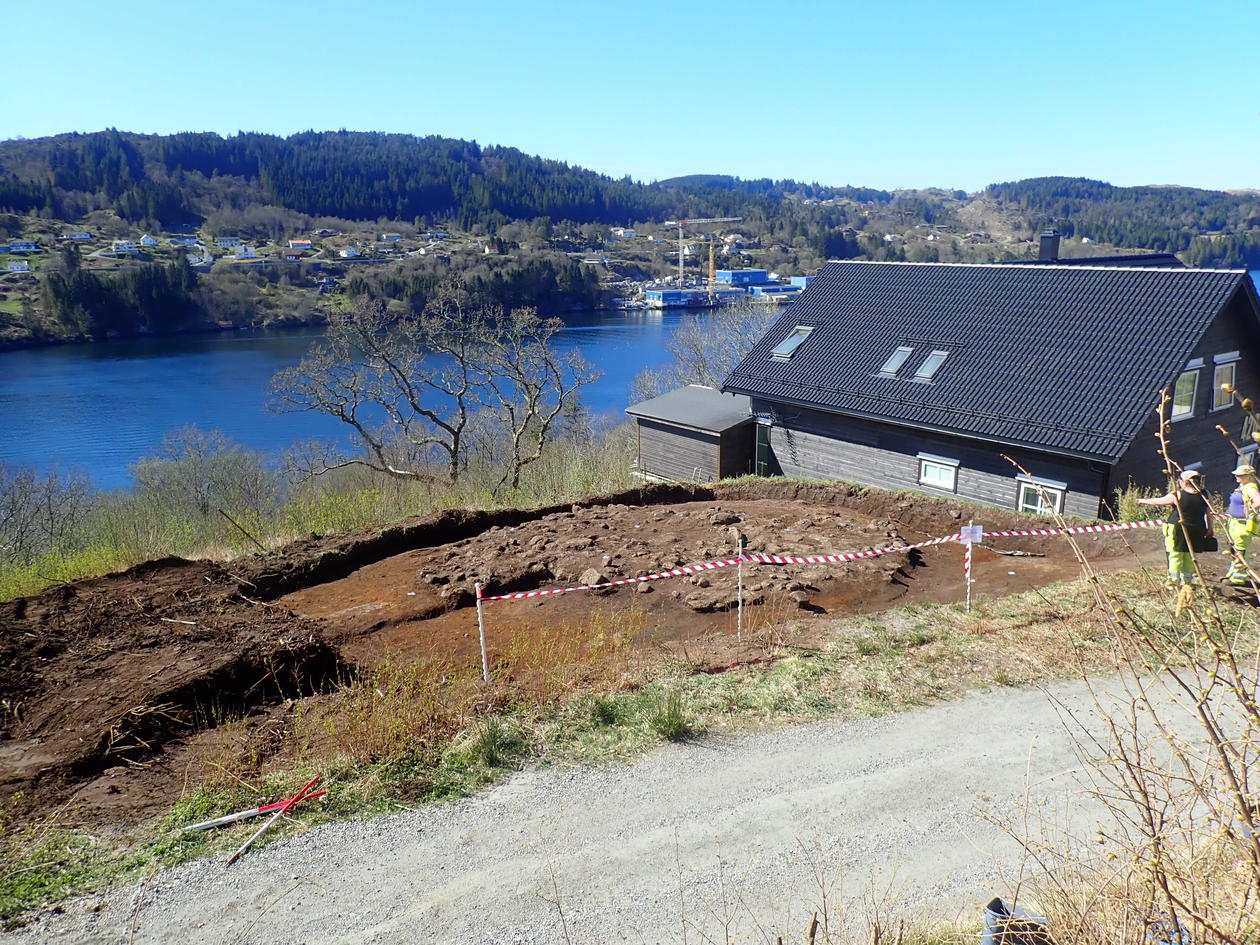 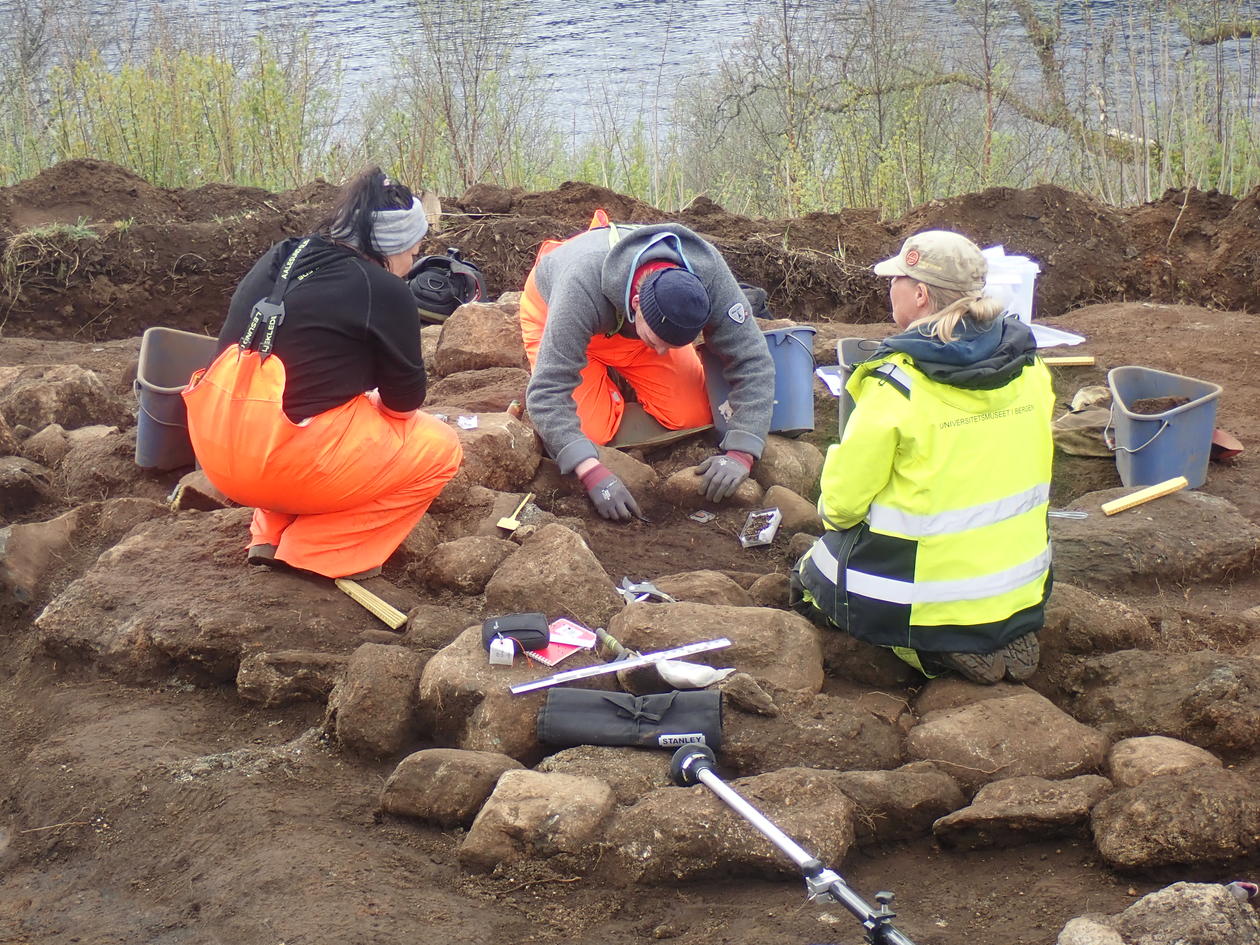 Excavation of the burial
Photo:
UiB 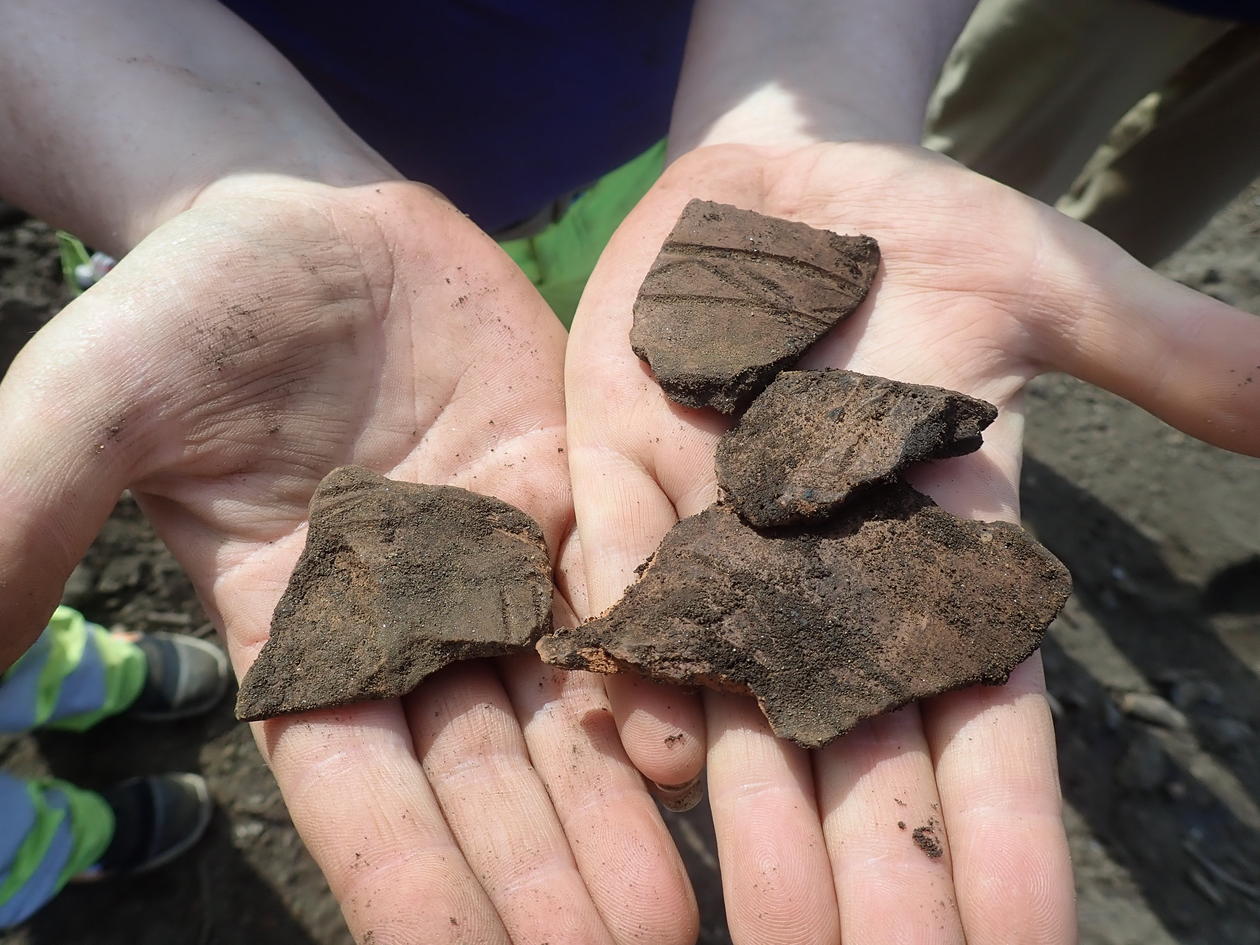 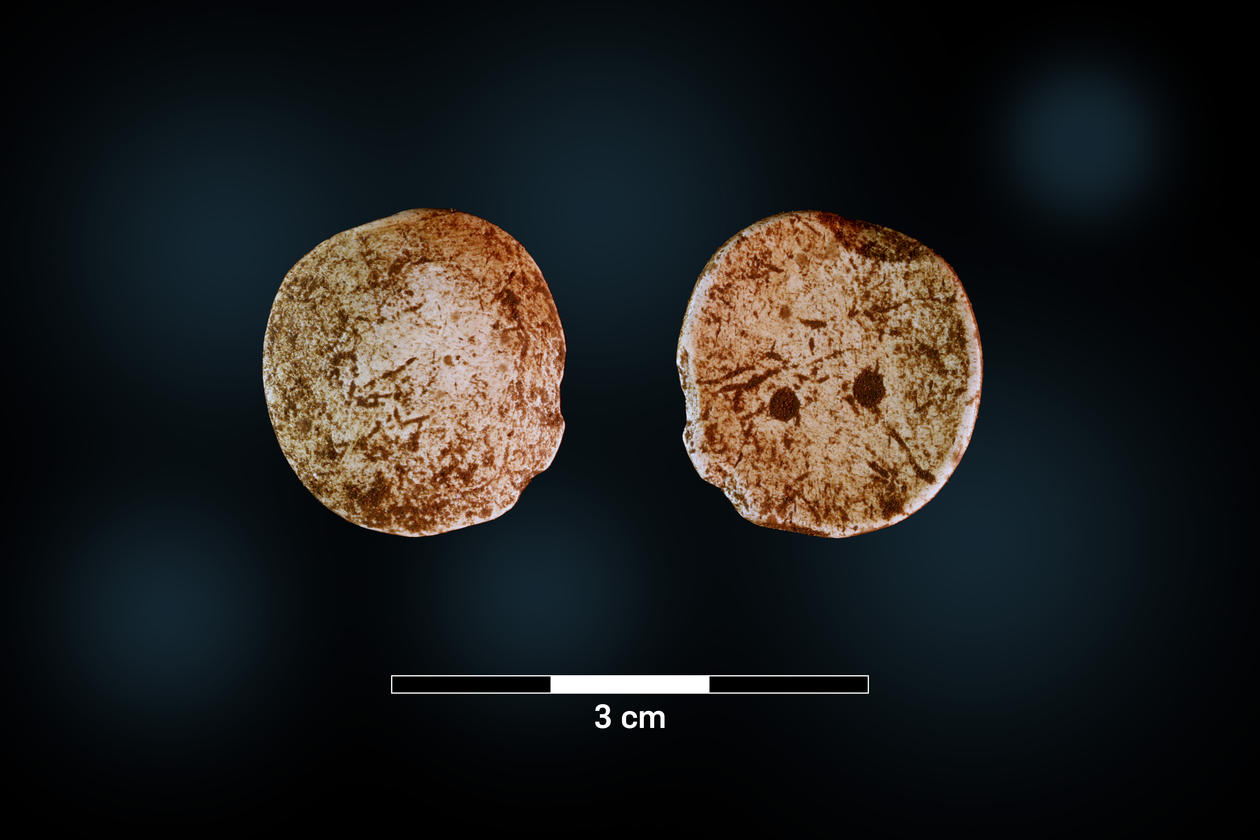 One of the 18 game pieces (over and underside)
Photo:
UiB 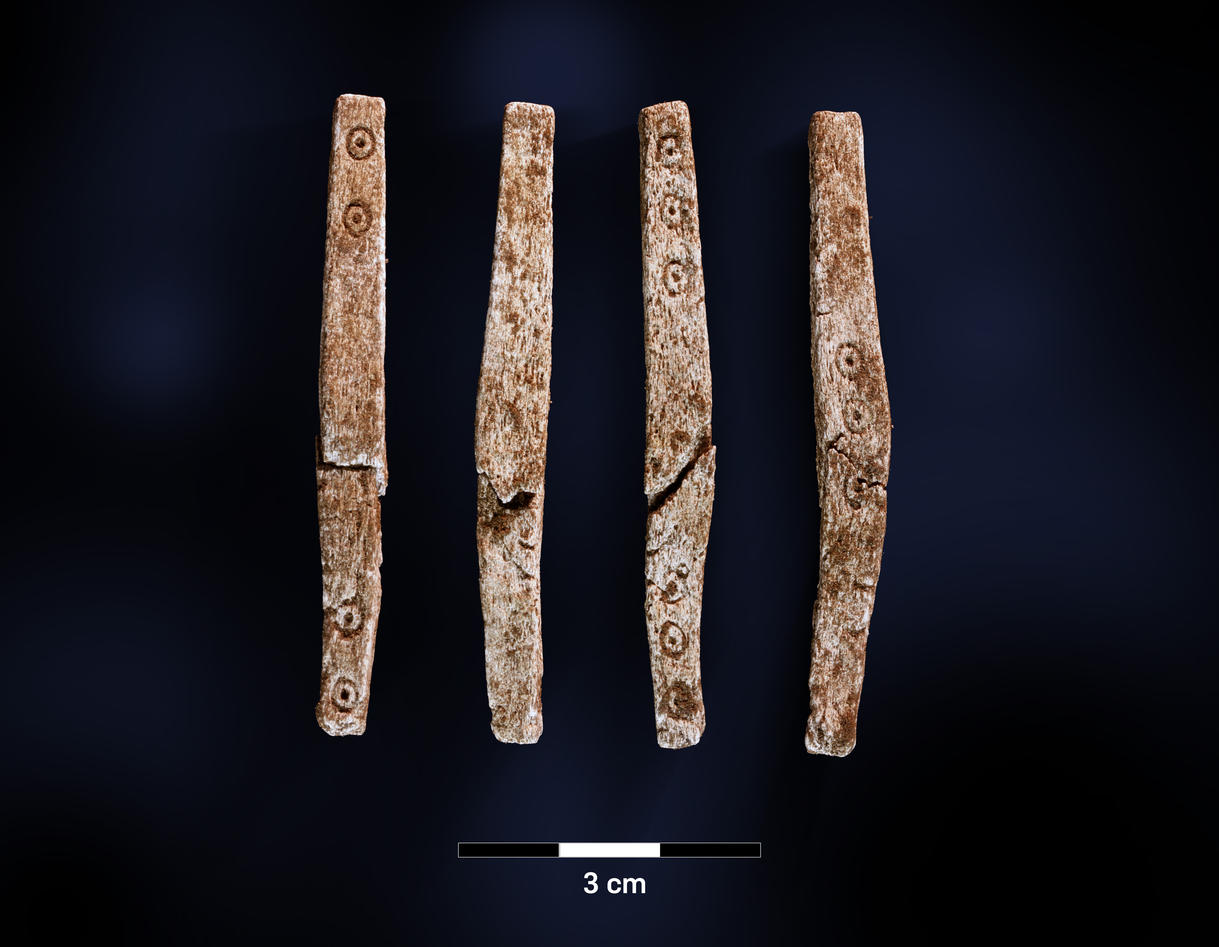