With cakes, champagne and balloons, we have celebrated five master students this fall. All of the students have done a good job – and we wish them the best of luck!

Martine is from Sandefjord while Susann is from Ålesund. They have both been studying teacher training, and chose to do their master thesis in environmental toxicology. Martine has been studying liver samples from cod which have been placed in cages in Kollevåg outside Bergen to look at changes in important biomarkers after exposure to pollutants. Both Martine and Susann presented their exam on the 25th of August. The title of Martines project was: ”Analyse av biomarkører i leverprøver fra atlanterhavstorsk (Gadus morhua) benyttet i et burforsøk i Kollevåg, Askøy kommune”. Susann worked with ligand activation of PPARα receptors in cod with perfluorinated compounds. Susann presented her work with the title: ”Ligandaktivering av peroksisom proliferatoraktivert reseptor (PPAR) αA og αB fra Atlanterhavstorsk (Gadus morhua) av perfluorerte forbindelser”.

Mari is from Ulvik in Hordaland, and did her masters in environmental toxicology. She has been looking at the lipid metabolism in cod by exposing precision cut liver slices to the perfluorinated compounds; PFOA and PFOS. Mari presented her masters on the 4th of October with the title: ”Eksponering av presisjonskuttede leverskiver for å studere lipidmetabolismen til atlanterhavstorsk (Gadus morhua)”.

Oline comes from Stavanger and has during her time as a master student in environmental toxicology cloned the estrogen receptor alpha from cod, which was used in ligand activation. In addition, she studied the gene expression in cod liver. Thursday the 2nd of November Oline presented her master thesis with the title: ”Funksjonell karakterisering av østrogenreseptor α fra atlanterhavstorsk (Gadus morhua)”.

Sofie comes from Kalvträsk in the north of Sweden. She has during her masters worked with PPAR receptors, which she has cloned, and studied their activation by several environmental pollutants. Wednesday, the 8th of November Sofie was the last in a series of master students to finish their masters. She presented her thesis with the title: ” Peroxisome Proliferator-Activated Receptors (PPARs) As Tools For Studying Effects Of Contaminants On The Lipid Metabolism In Atlantic Cod (Gadus morhua)”.

Thinking of doing a master degree in Environmental Toxicology at the University of Bergen? Read more about the study program here. 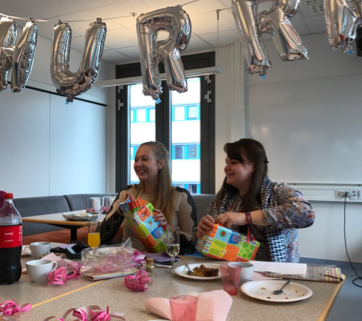 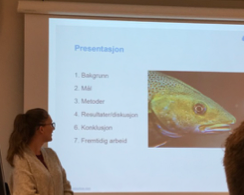 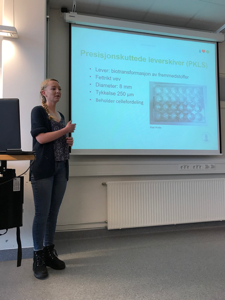 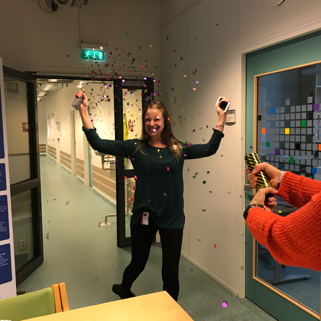