Tapping into the Sociolinguistic Realities in China

Guowen Shang, Associate Professor of Chinese language, is currently studying sign languages – not languages with signs, but on signs. “The language signs are everywhere in our environment, but the language choices on the signs are determined by a range of social, economic, psychological and political factors”. This inquiry is in accord with his academic commitment to the language policy and planning issues, especially in China.

Guowen Shang has, after his arrival in Bergen, learned to appreciate the preciousness of sunshine.
Photo:
Guowen Shang

- In China, the creation of the so-called “world-class” universities has become one of the national strategies. The quest for this policy objective requires a lot of hard work from the faculty members in the universities. In this context, the pressures from teaching and research are extremely high in China.

After teaching Chinese language for nearly one semester at UiB, Guowen has now recognized the challenges that Norwegian students are facing when learning Chinese.

- The most difficult parts for Chinese-as-a-foreign-language learners are the tones and the characters. This is particularly true for learners from European countries. Learners of Chinese are required to recognize and write hundreds of characters, and this scares people away from learning it. So one big challenge for us who teach Chinese is to cultivate and maintain students’ interest in learning the language.

- As for Norwegian students, I notice that most have a reserved personality, so they tend to be quiet in class. This may pose some difficulties for Chinese language learning, because if you don’t open your mouth and read and speak out aloud, it will be very hard for you to be a proficient Chinese speaker and user.

Through his teaching of Chinese to foreign learners, Guowen is able to nurture one of his academic interests, namely the functional and cognitive motivations underpinning Chinese grammar. He is particularly interested in the grammatical issues foreign learners struggle with.

Along with his interest in Chinese grammar in a learner’s perspective, Guowen is also making inquiries into the area of sociolinguistics. More specifically, he is interested in the display of language on signs in public spaces, belonging to a fairly new field of sociolinguistic called “linguistic landscape”.

- I try to look at what sociolinguistic realities can be reflected through the visible signs in public space. Currently I’m working on a linguistic landscape project in China. It deals with the language choice on signs in a couple of Eastern China’s coastal cities such as Shanghai and Hangzhou. These cities are in the economically developed area, and the languages displayed in the public space can provide some clues to the penetration of globalization and internationalization in China. Moreover, linguistic landscape is an ideologically charged arena, so the exploration of the language choices on signs can reveal hidden language policy, language ideology, people’s attitudes towards different languages, etc.

The study of linguistic landscape may disclose some invisible social realities in multilingual settings, which, according to Guowen, is a major appeal for researchers from various disciplines. Guowen will continue his exploration in this area, and is thinking about how to expand this study into a Nordic context later on. 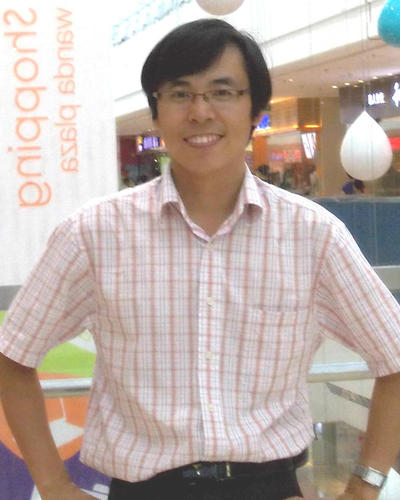