The Bergen Offshore Wind Centre officially opened on 13 September. For the University of Bergen this is an important part of our contribution to society, according to Energy Director Kristin Guldbrandsen Frøysa.

A NEW NORWEGIAN INDUSTRY: Floating wind power is in a position to become a large industry for Norway. Bergen Offshore Wind Centre will contribute through research and knowledge.
Photo:
Ole Jørgen Bratland

“UiB has built an infrastructure as well as knowledge in the last years, and there is more to come,” says UiB's Energy Director Kristin Guldbrandsen Frøysa.

The university has performed research on offshore wind power since 2009, and has been a central partner in NORCOWE, the Norwegian Research Cluster for Offshore Wind Energy.

Both politicians and the offshore wind entrepreneurs see BOW as playing a central role in Norway's innovation of technology in offshore wind power.

“It is important that academia joins the development of offshore wind power. Both the government and the private sector need the knowledge research can bring in order to bring the best projects to reality and speed up the transition towards a sustainable economy,” says Liv Kari Eskeland, a Parliament member of the Norwegian Conservative Party and part of the Standing Committee on Energy and the Environment.

“I see it as important to look outward. The centre needs to pay attention to how quickly this field evolves, and act as a connection between the research environments and the industry partners. BOW needs to maintain a dialogue with the industry partners, and know what is needed,” Stadaas says.

The new centre was officially opened by Margareth Hagen, Pro-Rector at UiB. In her speech she pointed out UiB's commitment to the Sustainable Development Goals, and the role BOW will play in this.

“UiB has an important role to play when it comes to the development of offshore wind power, and we are increasing our research efforts in this field. We see an interdisciplinary approach as essential, and BOW is an excellent example of this,” Hagen said.

BOW's main goal is coordinating and strengthening research and education in the field of offshore wind power, with three main areas:

The economic potential of ocean wind power is big. For example, Equinor is now exploring the possibilities of building a wind farm, at the cost of 5 billion NOK (approximately 520 million Euros). The venture will supply the Gullfaks and Snorre fields with power from offshore wind, reducing CO2 emissions by more than 200,000 tonnes per year.

Professor Finn Gunnar Nielsen will act as Head of Science of the research centre. Nielsen is one of the pioneers behind the project HywindDemo, established in 2009. He is now a professor at the Geophysical Institute at UiB.

Nielsen is of the opinion that BOW will play a major part in uniting and strengthening the scientific knowhow relevant to ocean wind power at UiB.

“In turn, this will strengthen our education in the field, as well as our regional, national and international cooperation. Combined, this will constitute a major contribution in creating a large industry of offshore power in Norway,” the Professor says.

The centre aims to create fruitful interdisciplinary cooperation, one example being between the social sciences, legal science and the natural sciences.

“In this way, we aim to land several larger research projects,” says Energy Director Guldbrandsen Frøysa, pointing out that UiB and other research partners already have an agreement to perform a wind measuring campaign for Equinor, starting late September 2018.

If the centre is to succeed, science and knowledge at the university in the field must be more visible, both externally and internally, according to both Guldbrandsen Frøysa and Nielsen.

“After that, we need to make an effort and show how to put this expertise into use. Mere scientific publications are not enough. In this case, we need to work together with the central players in the field. In addition, our specialists need to be able to see the entire picture, making their field useful in a wider perspective,” Nielsen says.

Helge K. Dahle, the Dean of the Faculty of Mathematics and Natural Sciences, sees the new centre as an important part of UiB´s priority area Climate and energy transition.

“I am certain that Bergen Offshore Wind Centre will be an important instrument, showing that UiB are serious in its efforts in the field of energy transition. It will also play a central part in establishing our Energy and Technology Cluster,” the Dean writes in his blog (Norwegian only). 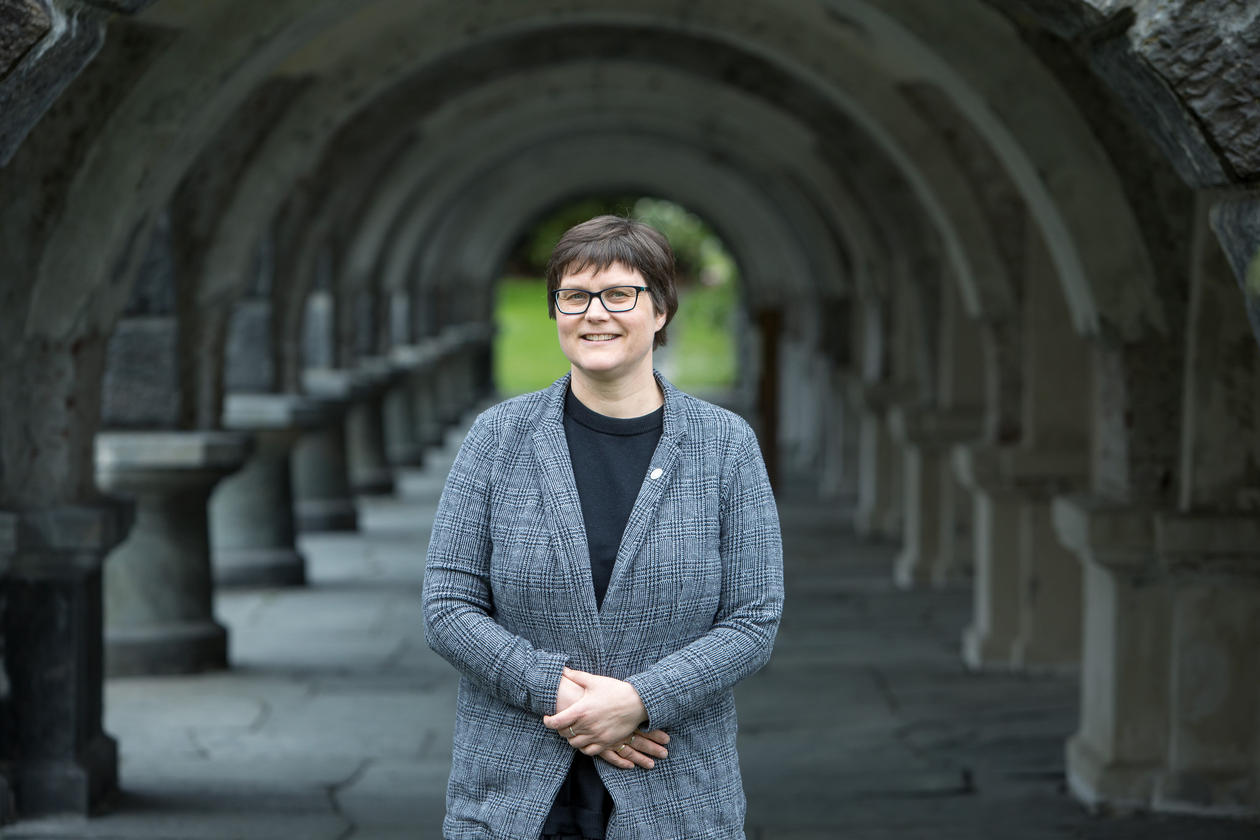 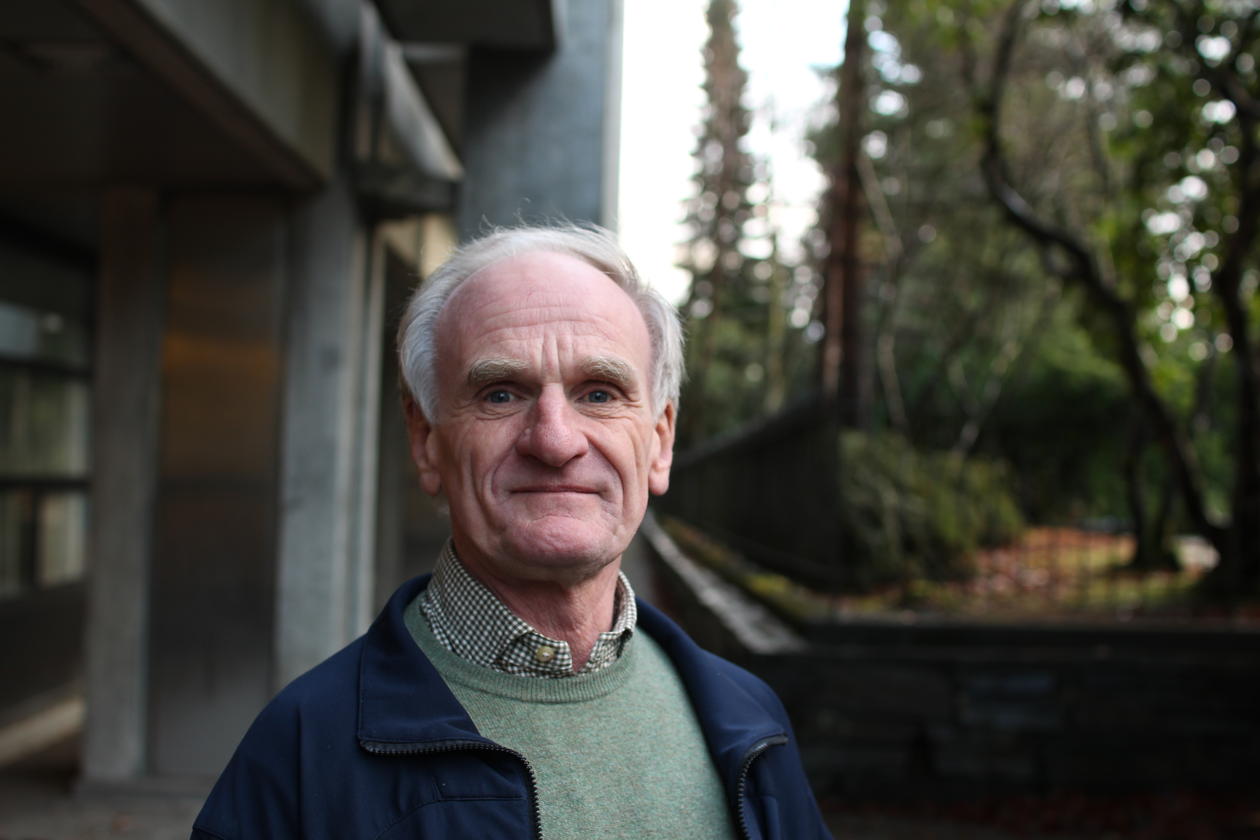 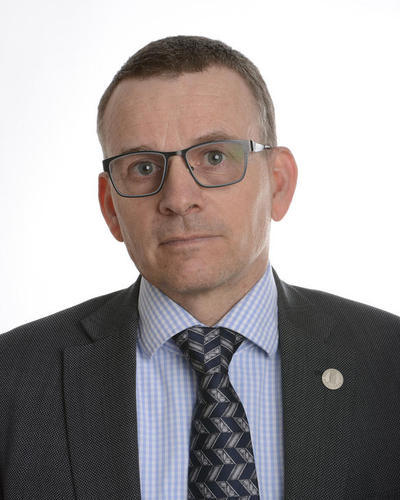 Helge K. Dahle, Dean of the Faculty of Mathematics and Natural Sciences, UiB. 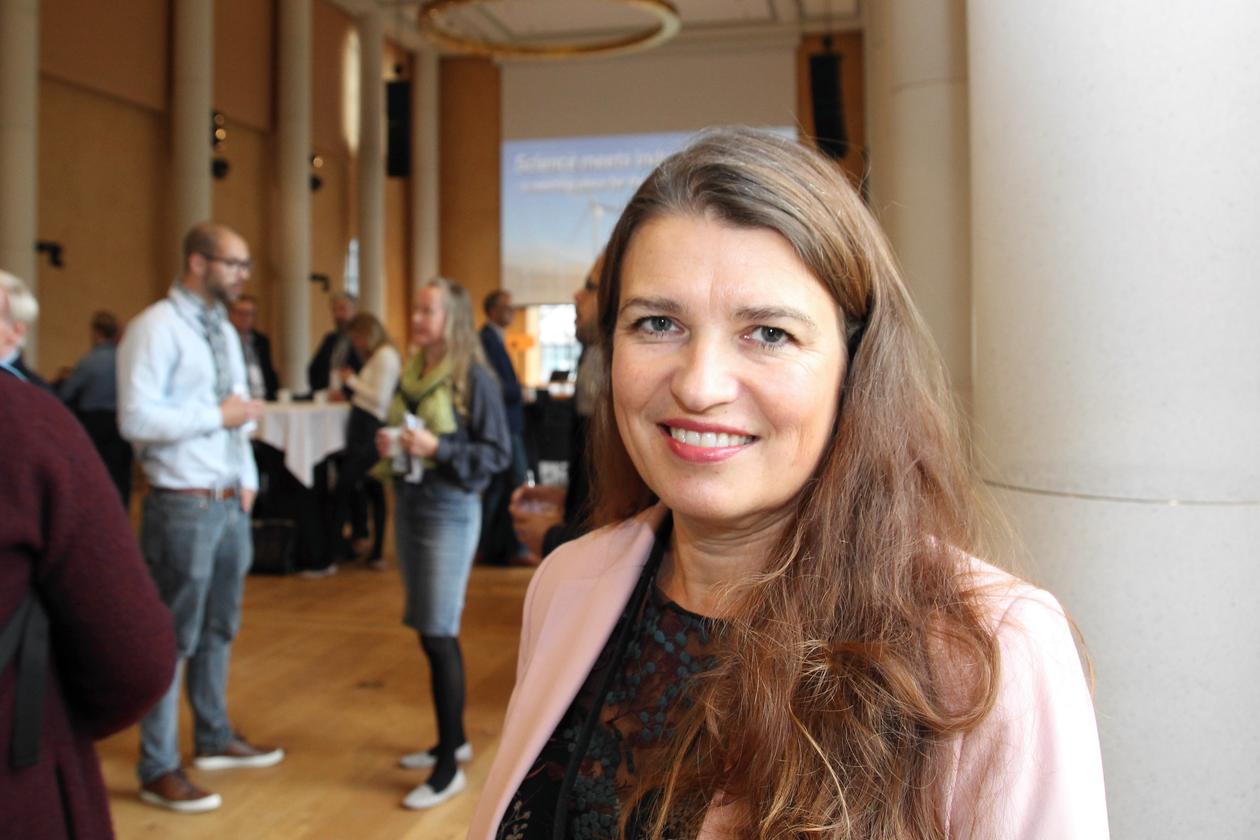 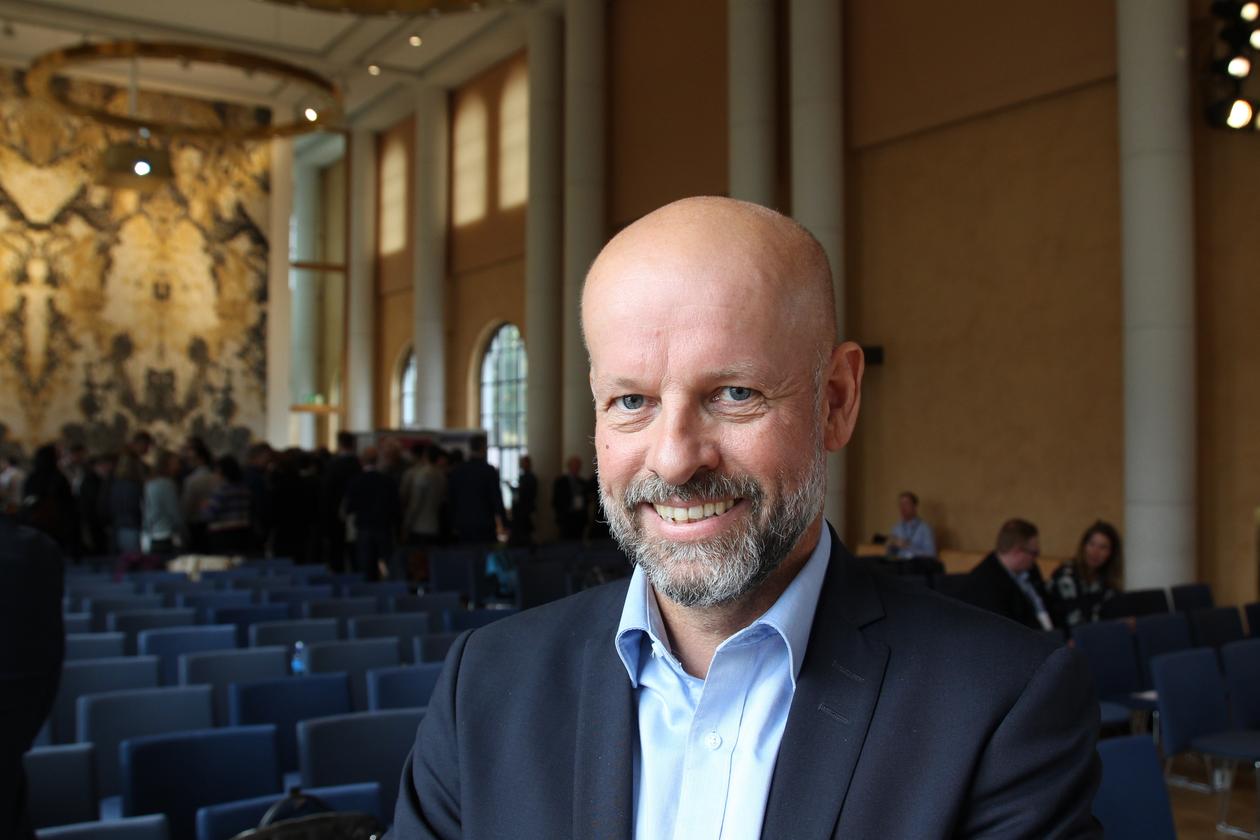 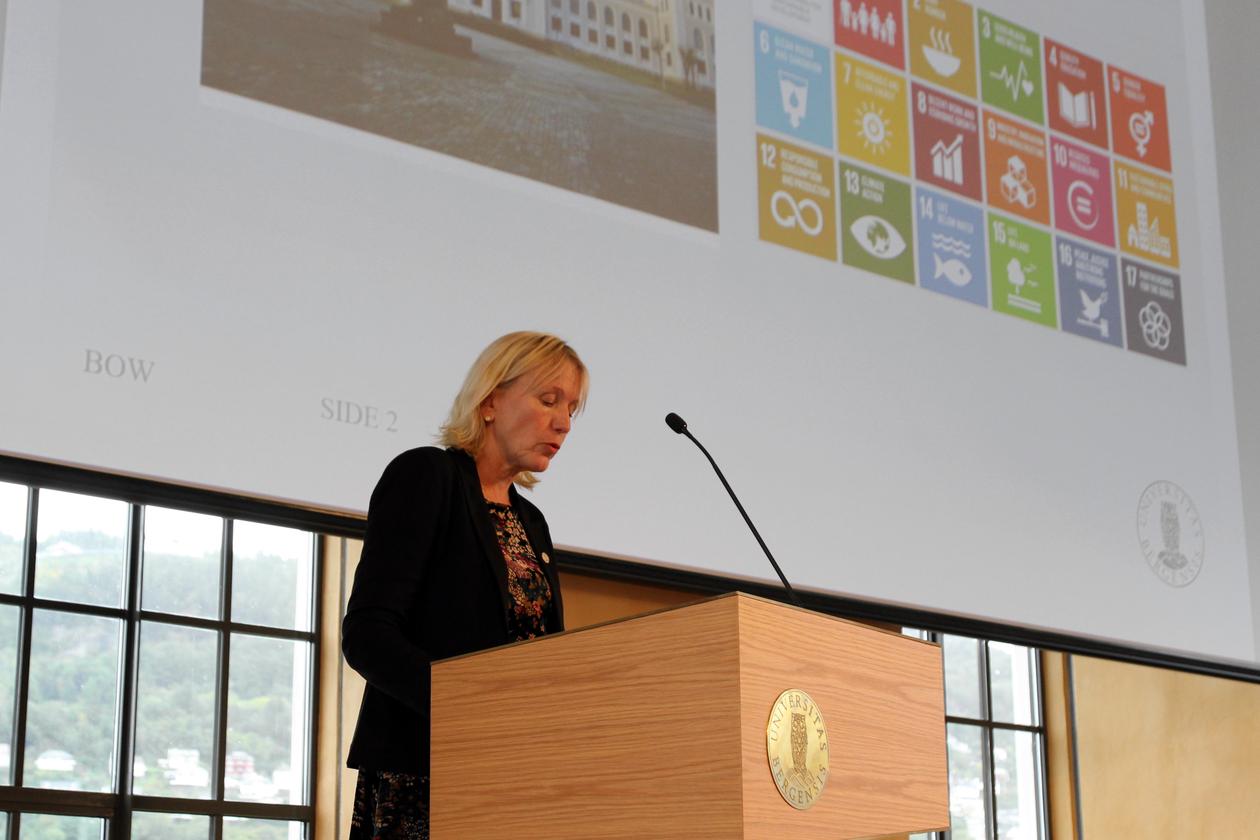