In Norway highly educated Spanish migrants get an opportunity to combine family life and work, something which is very difficult to obtain in Spain. As a consequence they do not want to return to their home country.

“A Europe without limits, where people easily travel from country to country, is in many respects a myth,” says Susanne Bygnes, a postdoctoral fellow at the Department of Sociology at the University of Bergen (UiB). According to Bygnes the bulk of research on labour migration within Europe is on young people and as such not representative of migrants as a group.
Susanne Bygnes and her colleagues have studied Spanish and Polish migrants coming to Norway. In a new scientific article they show that on the contrary the majority of labour migrants from Spain, and in particular the most highly educated, want stable, safe and well-anchored lives in Norway. They do not want to return to Spain. One of the main resons for this is the Norwegian Work Environment Act. This, however, also applies to many of the Poles who have settled in Norway. It is not just a hard labour market that makes people want to leave Spain or Poland. Migration is also a protest against societies that offer poor prospects for young workers. For the Spaniards in particular it is rooted in a deep distrust of those who govern the country. But above all it is the quality of working life that tempts people to go to Norway.

Do not want “fluid” lives

Family life, economic factors and conditions in the labour market are key factors when migrants plan their future. After spending a couple of years in Norway they get attached to the new place, they find friends and tranquility, and a steady workplace that offers them economic freedom to raise a family. Many of the migrants therefore end up wanting to stay in Norway.
“In the research literature on migration within Europe many have argued that labour migrants develop a migrant habitat. Meaning they have weak ties to the countries they work in, and move easily to new "hunting grounds". We argue that this not the case with our informants, and suggest that the tendency to move from country to country, from city to city is related to life stage. The people we have interviewed are in their thirties and forties, they want to settle down somewhere,” says Susanne Bygnes who has worked with Spanish migration to Norway in particular.

Already before the financial crisis in 2008, the labour market in Spain was among the hardest in Europe, with very much power in the hands of the employers. Ever since the 1990s a third of the Spanish workforce has consisted of temporary employees, and since then the numbers have grown. It makes for a very large proportion of young people with unpredictable job prospects.
“In Spain it is common with work contracts that last for only two weeks. The demands for what needs to be provided for the employer are high. We have spoken with workers who have had to work at 2 at night, and even in the middle of the night are not allowed off work to take sick children to the doctor. If you have a job, it is expected that you will live for the job. It goes without saying that the protection for employees is weak, it is hardly possible to have a holiday and what in Norway is looked upon as a normal family life,” says Bygnes.

Bygnes has also studied Polish labour migrants. In Norway they are numerous, and to a greater extent organise their lives through transnational commuting than the Spanish arrivals. Many come to Norway for a short period. But as in Spain, employees in Poland have limited protection and difficult working conditions, even if it is particularly due to economic reasons they choose to seek work abroad.
“We talk about "cheap brains" from the south and "cheap hands" from the east. But there are many similarities, and a lot of the same dynamics among migrants from different countries. For instance we find the same hard labour conditions in Poland. So even if many newcomers from Poland get jobs in the flexible parts of the Norwegian labor market, they will also have access to a working life that is predictable and where better conditions are within the reach of many than is the case in Poland.

Constantly moving between jobs and countries, steadily loses appeal as employees reach a certain age. Although many start out with a feeling of freedom and self-realisation, EU-EEA migrants over time face a number of challenges. Among them loneliness, lack of a family life and practical problems with pensions and access to the welfare system.
“Our research results show that the idea of ​​"liquid lives" support a positive idea that young Europeans float happily around, and is central to sustaining the idea of ​​free movement as something desirable. It creates a pressure on the young, so that if they cannot find a job in their home country, they have the opportunity to work whereever they want in Europe. However, our data shows that most young adults most of all want a "normal" life,” says the sociologist before pointing out that if Norway wants to keep qualified workers from abroad, the best thing to do is to retain strong workers' rights.
“We must remember that Norway is not the favourite choice for most people, it is an European outpost, where the climate is perhaps the biggest obstacle for Spanish workers to thrive, but yet they choose to stay,” says Susanne Bygnes. 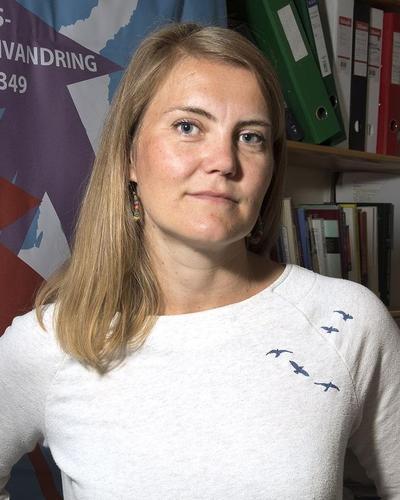