Among 2652 applicants, Hallvard Moe and Pawel Burkhardt are in the company of 313 researchers succeeding in the tough competition to get their research projects funded through Consolidator Grants from the European Research Council (ERC).
Vadim Kimmelman and Carlo Koos received Starting Grants from the ERC earlier this year.

"I would like to congratulate all four with the grants and wish them good luck with their important research projects and their further career at the university", says Rector Margareth Hagen.

The four researchers can now build their own research groups to explore original ideas in their field of research.

Professor Hallvard Moe at the Department of Information and Media Studies has been awarded the ERC Consolidator Grant for the PREPARE project.

The media researcher's project is about understanding how people obtain information and engage in political issues and democracy when they need it. The background for the project is democracy under pressure, fragmented public debates, social media governed by algorithms and propaganda, and the threat of misinformation.

Researcher Pawel Burkhardt at Sars International Center for Marine Molecular Biology is following in Fridtjof Nansen's footsteps when he studies the architecture of the nervous system of marine invertebrates.

In his new project receiving an ERC Consolidator Grant, Burkhardt will study the special nervous system of ctenophores (comb jellies), and thus challenge the doctrine that states that the nervous system consists of individual neurons.

Professor Vadim Kimmelman at the Department of Linguistic, Literary and Aestethetic Studies has received an ERC Starting Grant.

As a linguist, Kimmelman is primarily concerned with understanding how language is built up grammatically and structurally.

The project he will now lead is called "Fundamentals of formal properties of nonmanuals: A quantitative approach". In brief, he will study facial expressions, body movements and head movements in five different sign languages.

Carlo Koos is recently employed at the Department of Administration and Organizational Science at UiB. With his Starting Grant, he will explore the effects of civil wars on several dimensions of women's empowerment in the household and family, society and local politics.

Recent quantitative research suggests that civil wars promote women's political representation, but that they still do not shed light on subnational and individual variations in the experiences of civil wars and the effect it has on the majority of women at the local level, who are not part of the elite. Coos joins UiB from a position as a senior researcher at Christian Michelsen's Institute.

The four ERC grants are the first awarded to UiB from EU's research programme Horizon Europe, running from 2021 to 2027. In the period 2007-2021, UiB researchers received a total of just over 30 ERC grants.

"This is a good start to Horizon Europe for UiB", says Hagen. She emphasizes that UiB will continue their focus on this type of groundbreaking research where the researchers themselves propose the topics.
"I would also like to thank the applicants who did not receive a grant this time, and the support staff at UiB", Hagen concludes.

Awarded to established researchers 7-14 years after ph.d.
Up to 2 mill. euros over 5 years 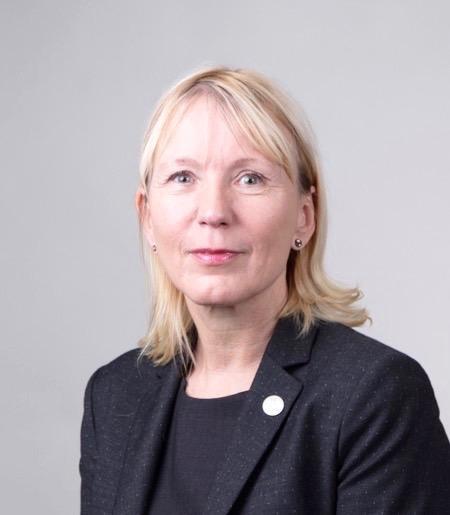 ERC is EU's funding programme for frontier science to researchers in all fields, from all over the world.
Photo:
EU