Researching the changing borders of Europe

Europe’s borders keep changing, both mentally and geographically. But where do Europe’s borders begin? Where do they end? What is the real centre of Europe? We asked the research group the Borders of Europe to provide us with some answers.

CHANGES: With the constant changes in Europe, the research group the Borders of Europe provides both historical and contemporary insight into the changing image of European identity. Graphics: Lars O. Haaheim, University of Bergen

Sissel Lægreid, you have supposedly said that your research group is obsessed with borders. How come?

Sissel Lægreid (SL): I can not remember having said that. However, the concept of borders is an important and integral part of what our research is about. For us, the most important questions are: What is Europe? Where are the borders of Europe now? Where were the borders in the past? Who is on the inside? Who is on the outside? As researchers within the humanities, we look for ideas about Europe and the concept of the European in literature, theatre and art.

Torgeir Skorgen (TS): Norway is a good example of how a border can represent several things simultaneously. In the north, our country borders both Russia and Finland. Those are the nation state borders. However, in Finnmark county in Norway’s far north there has always been trade across the national borders. The pomor trade. Borders are not simply shell-like, they are membrane-like as well. There are flows across borders. Borders are flexible.

And this applies not only to Finnmark county, but to Europe as a whole?

TS: Exactly. When we talk about borders in Europe, this is not something that can be defined physically or geographically only. Take, for instance, a film by Italian director Federico Fellini, most people will think of his art as typically European. In this sense, borders are a mental state as well. As a continent, Europe has a natural western border – the ocean. However, in the east borders are more complicated. Say, is Russia a part of Europe? Is Turkey a European country? There is a lot of scope for negotiation and discussion on issues such as this.

Would you say that there exists an archetypical Europe?

SL: There is a lot of talk about the “heart of Europe”, but where exactly would that be? Many people may say it is somewhere in Germany. Others may suggest Austria. Or maybe Hungary. The definition of Europe and the European is and has always been changing.

TS: In connection with the shooting down of Malaysia Airlines flight MH17 over Ukraine, Norway’s foreign minister Børge Brende stated that we could not tolerate lawlessness in the heart of Europe. So in this case, the heart of Europe was suddenly in Ukraine. By putting it this way, Brende changed our mental map of Europe.

Helge Vidar Holm (HVH): Our research group has always dealt with contemporary issues. For a long time, we were concerned with Turkey’s relations to the EU, and recently we have been concerned with Ukraine and its affiliation to the EU.

SL: The financial crisis has also highlighted border-related issues in Europe. Who is outside and who is inside as a result of this? Who is in Europe’s driving seat?

HVH: These are almost always issues of mental geography as much as about physical borders.

Are there many fellow academics within your field of research?

SL: Indeed there are. It is extremely important for us to create the most comprehensive and crossdisciplinary collaborations as possible internationally. Currently we are applying for a grant for a research project about cultural minorities in Europe, within the EU’s Horizon 2020 framework programme. Our project is a collaboration with the University of Bucharest and the National University of Arts Bucharest, as well as the Humboldt University of Berlin and the Centre for Research on Anti-Semitism at TU Berlin.

What is the role of religion in the mental geography that you deal with in your research?

HVH: The other day, I heard on the radio that the most common boys’ name in Oslo is now Mohammed. Traditional Norwegian names such as Per or Pål are losing ground in Norway’s capital city. This is contemporary Europe, and this is something we simply must relate to. The Jews and the Roma are no longer the only “interior other” in Europe. Today this concept also includes the Muslims. As researchers our job is to discuss how this is represented in art and language.

How was the idea of Europe born?

SL: For centuries, Europe was synonymous with Christianity. However, the concept of Europe has changed over time and this is the focus of our research. To better understand these changes we study two types of borders, mental and geographical ones. The first is what we call inside/outside borders. When we imagine the arch-European, who do we consider to be the non-European? Currently, the Muslims have been presented as the latter, as a threat to Europe. Particularly in the media, and especially after 9/11.

TS: This is not unlike the situation centuries ago. In the fifteenth century, Europe was threatened by the Ottoman Empire. The Pope told Europeans to unite and, by the will of God, drive the Turkish out. For many centuries, the Christians were on the inside and the non-Christians on the outside. This created the basic framework for the mental geography of Europe at the time. The second type of borders we study, is who has been considered worthy to be included as Europeans. In Europe, those with a nomadic lifestyle have often been considered to be on the outside. For example, do we consider the Sami people to be European?

What type of power is connected with being able to decide who is inside or outside, and who is worthy or non-worthy to be European?

Do those with the power to define Europeanness allow others to deviate from their definition?

HVH: The example of carrying of head-covering veils in public shows that this tolerance can be limited. The ban of veils was adopted in France first, and has since spread to other countries. At the same time, this highlights the different attitudes towards migrants from the former colonies between, say, France and the United Kingdom, which has not imposed use of veil ban in public spaces.

SL: Throughout history continental countries, such as Italy, France, the Netherlands or Germany have defined or set the benchmark for Europeanness.

Issues of aesthetics constitute a vital part of your research. What constitutes borders in the world of art?

TS: We consider Fellini’s films to be European. Whereas the film Børning, about people in rural Norway driving American cars, will not be considered European as it comes across as more of an American genre film, even though it is made in Norway.

The Jews and the Roma people have had a tradition of transcending borders. How do they fit into the idea of Europe?

HVH: The Jews have always held a unique position in European history. However, today the Muslims have taken over the role of the Jews regarding a cross border identity.

What was unique about the Jews’ position in Europe?

TS: To understand this, we need to return to the mental geography. Even though there were ancient Christian cultures in the Middle East and Africa, Europe was considered the Christian continent. As this concept grew stronger, the Jews were considered a particular threat. Christianity was ambiguously positioned between being the historical successor to Judaism and simultaneously competing with Judaism for the status of being God’s chosen people.

However, you have pointed out that borders are flexible, both physically and mentally. Are there still any remnants of a hegemonic struggle between Jews and European Christians today?

SL: Not really, as there has been a shift in recent years. Today, many will point to the Jews as typical examples of a Central European culture and identity. It may be the music of Gustav Mahler or the psychoanalysis of Sigmund Freud or the fact that Karl Marx was Jewish. The holocaust is an integrated part of European history. Since the Second World War, Europe has been united in a shared commitment that something like the holocaust must never happen again.

HVH: However, this issue is still relevant. We currently see a clear rise in anti-semitism in Europe, especially in France, where you see proponents of anti-semitism even among artists and intellectuals. Many people refer to the Israel/Palestine conflict. However, you will also find current anti-semitism rooted in the Dreyfus affair, which took place more than one hundred years ago. Such thinking was taboo right after the Second World War, but has resurfaced now with the desecration of synagogues and Jewish-owned property. So to say that this will not happen again, is too simplistic. Look at the French political party Front National, which contains strong anti-semitic elements.

Do borders create a sense of security or do they rather create chaos and a sense of insecurity?

SL: For those on the inside and who define the borders against those on the outside, it creates a sense of security. Those with the power to define will view the drawing of borders as a security measure.

HVH: Borders can create cultural exchange, but can also limit contact and create conflict. The conflicts of last century often had border mentality as a root cause.

SL: Setting limits and drawing borders is fundamental for creating identity. It is a natural human need. Setting limits is essential, if not, chaos ensues. However, the consequence of this is that someone will be left with the power to define the borders and will decide who is included and who is excluded. This is what the research group the Borders of Europe try to examine, based on our fields of research within the humanities.

TS: This goes to the heart of the nation state’s dilemma. All states must exercise control over their borders. When building a united national culture, as most nations have done or are doing, the issue of the multicultural society surfaces. Those who do not have the power to define are held down or must assimilate. The challenge facing contemporary Europe is to redefine itself. The idea of Europe needs to become more flexible and inclusive. This is an area where we believe that the humanities can create constructive reflection and dialogue.

Read more on the group’s own home page. 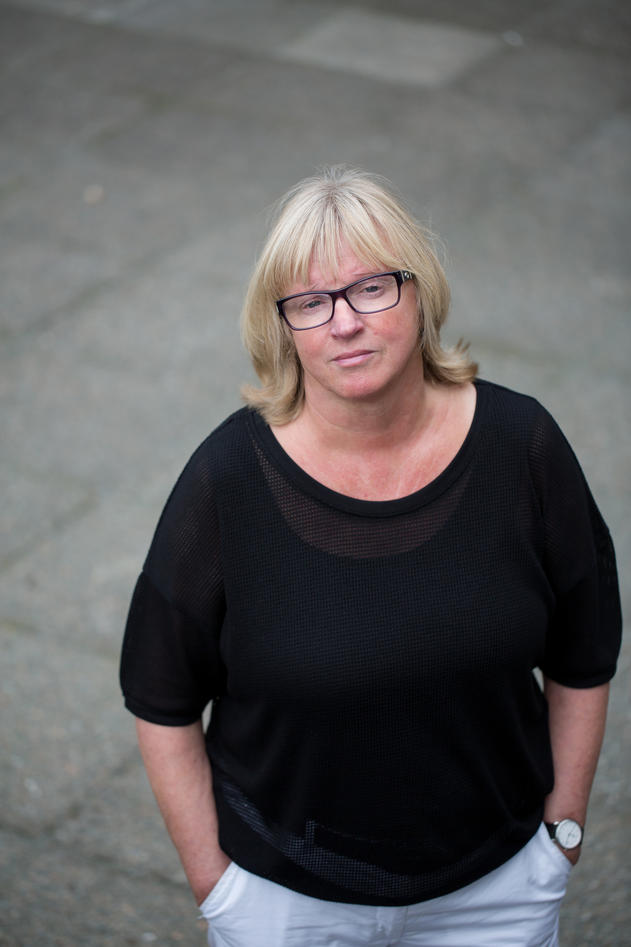 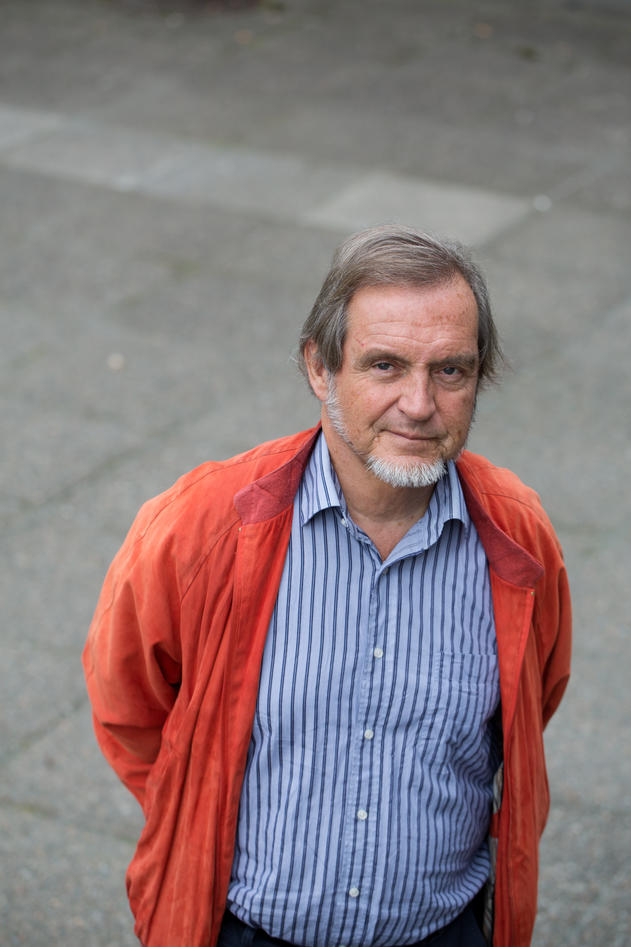 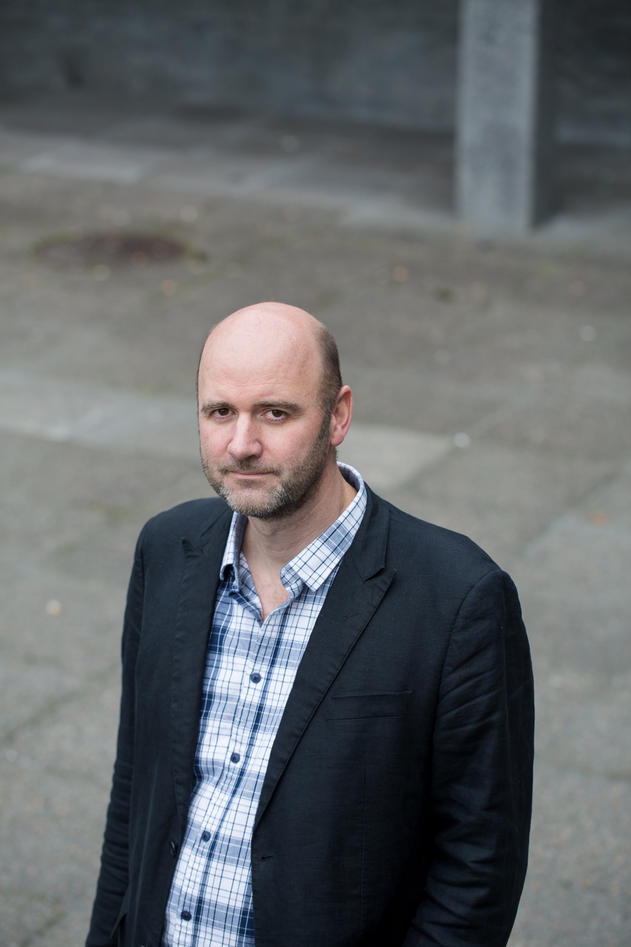