Researchers from the University Museum of Bergen have gathered and published information about the bubble shell in Species Online.

The bubble snail has a female genital opening at the back of the body and male genitals on the head. Mating takes place when two animals position themselves side by side in opposite directions so that they can penetrate each other and fertilise each other’s eggs. The photo shows the bubble shell Diaphana globosa.
Photo:
Lena Tina Ohnheiser

The website Species Online has been established to make research more accessible to a non-expert audience.

The researcher Manuel Malaquias from The University Museum of Bergen  at the University of Bergen (UiB) is enthusiastic about having been able to compile and publish information about the bubble shells on this web site.

“The Norwegian Taxonomy Initiative and Species Online have made it possible to build a bridge between researchers and the general public by making the information we have gathered accessible in an easily intelligible and aesthetically appealing way,” says Malaquias.

The Norwegian Taxonomy Initiative was established by the Ministry of Climate and Environment, and will ensure a long-term building of knowledge about species in Norway, with particular emphasis on the species we know little about today.

Malaquias says that the subject matter in Species Online is easy to understand for everyone who takes an interest in the life in the oceans, but the website has at the same time a high degree of scientific accuracy.

“It is my hope that this will increase the awareness around marine biodiversity and lead to increased interest in studying these animals and other groups of marine invertebrate animals. It is an excellent ‘Online Field Guide’ which is open and accessible to all with a personal or professional interest in marine biodiversity and taxonomy in North Europe,” says Malaquias.

In 2011, under the auspices of The Taxonomy Initiative of The Norwegian Biodiversity Information Centre, Malaquias headed a group of researchers who mapped the occurrence of bubble shells in Norwegian waters. In this project 43 species were found. Three of them were new to science: Philine confusa, Philine indistincta, and Philine grandioculi.

One of the species, Colobocephalus costellatus, had not been spotted alive since it was discovered for the first time in the Oslofjord in 1870 by one of the great pioneers of marine biology, Michael Sars.

Few and far between the bubble shells

The bubble shells live in all world oceans, in tropical as well as polar areas. In some areas of the world, one can find a large number of individuals of these species per square metre ocean bottom, but in Norway the distance between them may be considerable. On a cruise in the Oslofjord, the researchers found only one specimen in the course of a three day intense search.

The bubble shells’ wide, shovel-shaped heads do not have the typical tentacles one often associates with snails, and to an untrained eye it may be difficult to distinguish the back from the front in some species.

In Norway so far, around 40 species of bubble shells have been described. The majority of them are just a few millimetres long, but there are exceptions to this. The world’s largest bubble shell is, however, present in our fjords and ocean areas: «the giant» Scaphander lignarius which can reach up to 7 cm in length. Research is still going on to find the total number of bubble shells present in Norwegian waters.

In their work to determine the species of bubble shells, Malaquias and his group have combined traditional methods, that is, studies of anatomical characteristics with modern DNA analyses.

“All bubble shells that have been identified to species level through this work have been registered with a DNA barcode in the international reference library Barcode of Life Data system (BOLD),” says Manuel Malaquias.

“This contributes to help researchers in the future to identify a bubble shell only by comparing the DNA in the unidentified specimen with the registered genetic sequence (barcode) in BOLD. This will help make the work to determine the species of bubble shells a whole lot easier.”

So far the researchers at UiB have succeeded in supplying about 50 per cent of the species that are believed to exist in Norway with a DNA barcode, but this is an on-going process and samples of several species are being analysed consecutively. 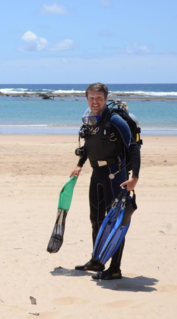