Acoel worms, living next to grain of sand on the sea-bottom, may at first glance seem small and unimportant. These colourful micro-worms, however, play lead part in understanding the evolutionary step from jellyfish to human beings.

“The  acoel flatworm is a key species in understanding when bilateral symmetry came into existence, when animals got a symmetric right- and left side. This is usually a feature we find in more complex animals like flies, cats and humans,” says Andreas Hejnol, at the Sars International Centre for Marine Molecular Biology (Sars Centre), University of Bergen.

Hejnol and his colleagues at the Sars Centre have just nailed the worm´s position as a key species in the evolutionary history, by several studies by the latest technology in the field of DNA-analysis. The results are currently published in the scientific magazine Nature.

Once we crawled the ocean floor

The flatworms have three body layers and bodies with a symmetrical right and left sides, as more complex animals we find on earth today. However, they have only one hole for eating and excreting, as less complex prehistoric creatures. This mix of old and young evolutionary features place the flatworm in an intermediate face between jellyfish and complex vertebrates like flies, cats and humans.

“These features means that we humans also crawled the ocean floor next to mud and grains of sand 560 million years ago,” Hejnol explains with a smile on his face.

This used to be the common story between the 1990´s to 2011, when an international team of researchers found that flatworms and humans are not species with a simple common forefather, by new RNA-analysing methods and new ways of setting up experiments.

As a result, the flatworm, for a moment, lost its position as a key species. It was reduced to a deficient creature in terms of evolution, and belongs to the same branch as us humans. The new forefather must have been a much younger and more complex being than the original, the new findings concluded.

These findings, however, led to a lot of scientific doubt, also from Hejnol. He thinks the alternative sequence of evolution is a result of the researchers left out important data in their analysis. And if they where right, the acoel flatworms must have been evolved from a forefather with a central nervous system, gut, mouth and anus.

“If they would have been right we would have lost a very informative group of animals that helps to understand the evolution of organs,” Hejnol argues.

According to Andreas Hejnol, this is not the case anymore. He claims he has now nailed the flatworms to its original position in the tree of life, once and for all. 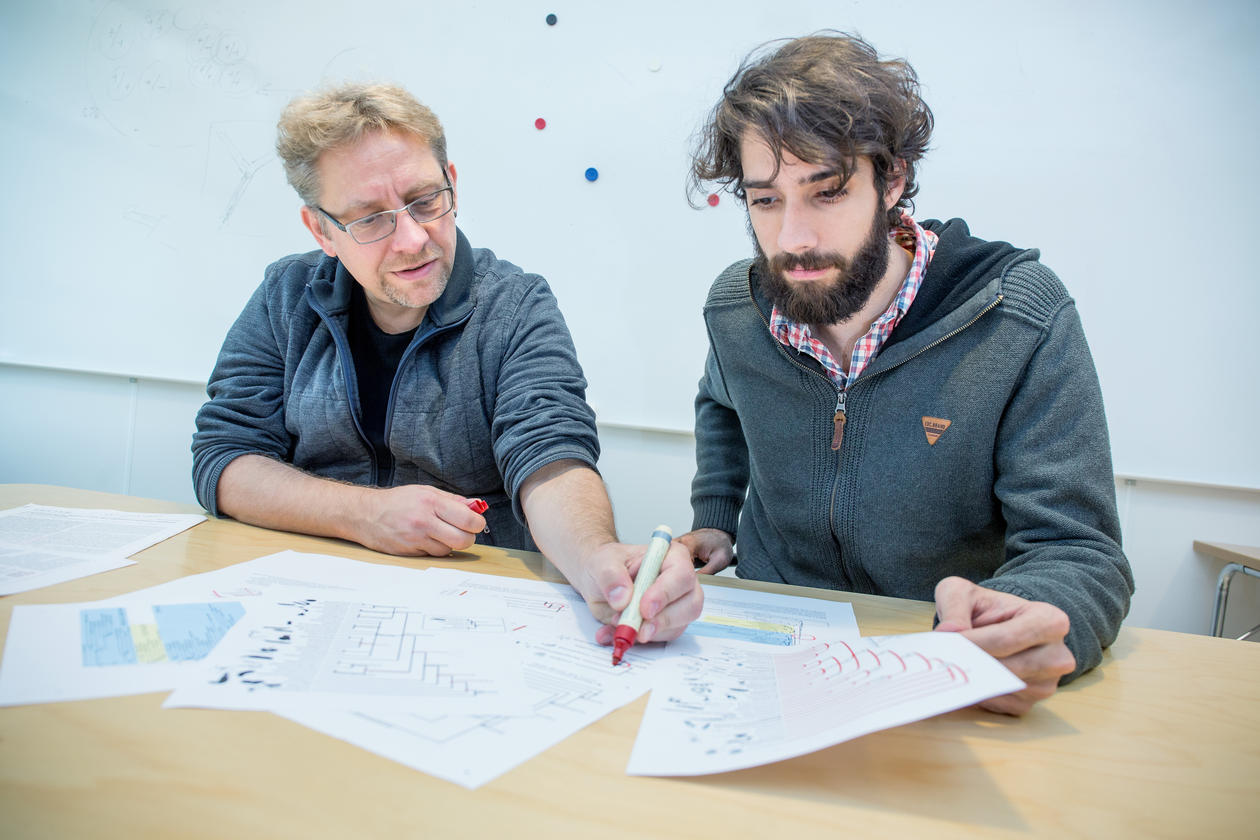 STRIKES BACK: Andreas Hejnol has just managed the return of the acoels to its original position as key species on the tree of life, after years of discussion between evolutionary biologists. Here we see Hejnol (left) and co-writer Bruno Vellutini at the Sars Centre.
Photo:
Eivind Senneset