Publishing data and articles is one of the most important things a researcher does. It is then very important that your publications get noticed and used in further science – and that often means cited.

In the second year in a row, plastics researcher Amy Lusher is one of the most cited researchers at Norwegian institutions according to Clarivate. Lusher is a research scientist at Norwegian Institute for Water Research and since 2020 also an adjunct professor at the Department of Biological Sciences, UiB.

Amy Lusher’s research area is marine pollution and microplastics research. She focuses on the distribution, interactions, and potential effects of microplastics in the marine environment. She has authored numerous peer-reviewed articles, book chapters, conference proceedings and technical reports. Research on plastics in the (marine) environment is a relatively new field, and Amy Lusher has also contributed to method development regarding identification of microplastics in sediments, water column and biota as well as sampling of fish and marine mammals.

“When I began working on microplastics we were a really small community which meant collaboration with researchers across Europe was really important. Much of the research outputs have come from collaborative efforts and wouldn’t be possible without international colleagues. The microplastics research community has grown significantly. It is a fantastic network of multidisciplinary scientists and I enjoy working alongside them”, says Amy Lusher.

Clarivate gets data from Web of Science, which is a well-recognized citation index and search engine for scientific publications. To qualify as a “highly cited researcher”, a researcher must have authored a scientific publication that is among the top 1 percent most cited works within the specific field. Thus, scientists on the list are exceptionally influential, reflected through their publication of multiple papers frequently cited by their peers.

Only 23 researchers from Norwegian institutions have made it to this year’s list. Two of them are affiliated to UiB, Amy Lusher and Ståle Pallesen from the Department of Psychosocial Science.

Pioneer in the field

“I think it is really fantastic UiB has recruited such a prominent researcher in this emerging field. Amy Lusher is one of the pioneers in the field.

Adjunct professorships are for us important in strengthening collaboration between UiB and other research institutions and also helping us in education.

What makes this even more valuable is the fact that there is a lot of attention on plastic pollution in these days. For instance, the reduction of marine plastic waste with 50% is one of the goals in EU’s Mission “Restore Our Ocean and Waters by 2030”. That shows that the research in the field both is of very high quality but also is relevant to societal needs. 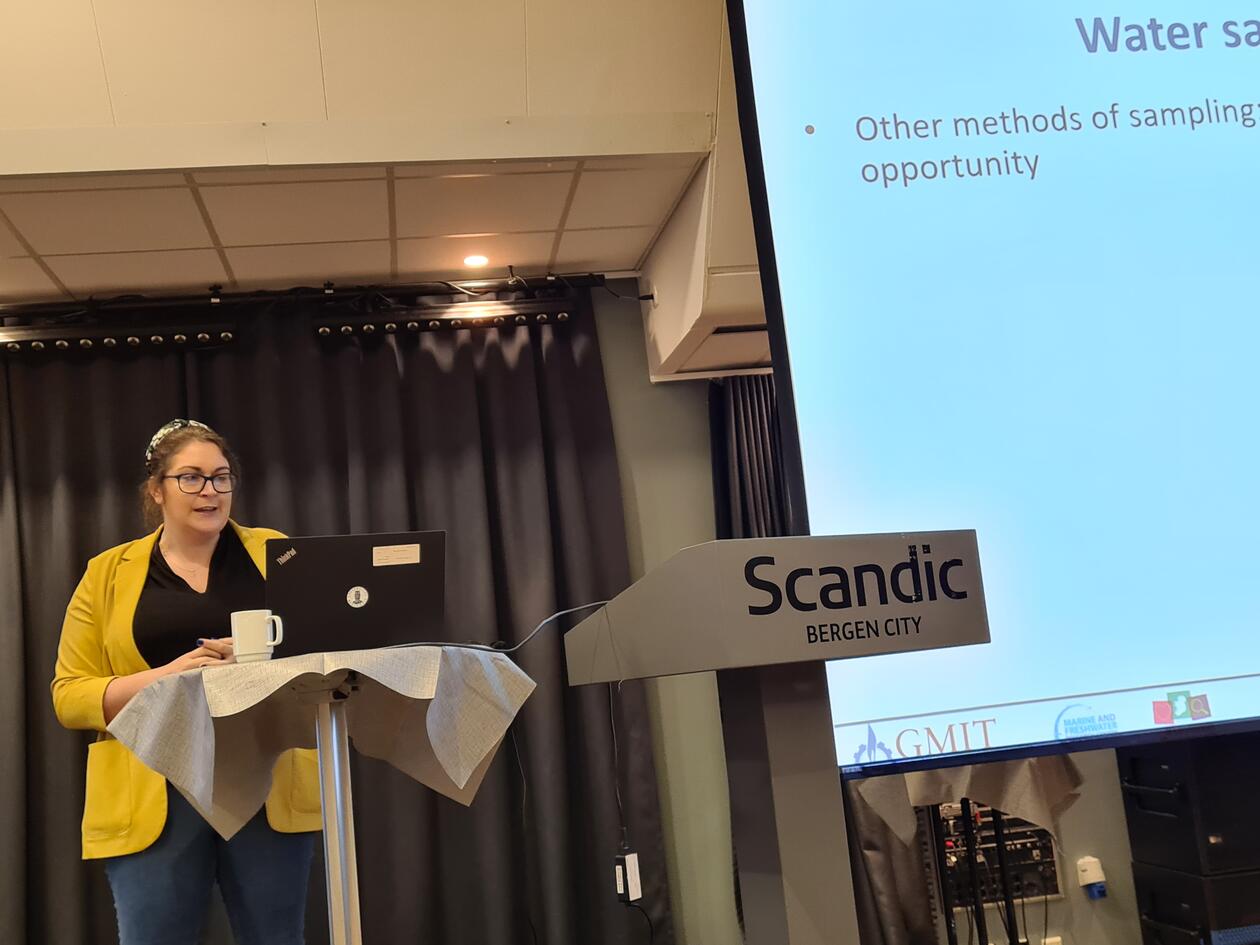 Amy Lusher spoke on the topic "Microplastics from Local to Global Knowledge​. Method developments leading to monitoring and the global topic of harmonisation vs standardization" at the first meeting of the UiB Plastics Network in November 2021.
Photo:
UiB