The research carried out by the project contributes to increase our knowledge of how media use language to construct and convey the complex phenomenon of poverty in society. The project studies the cases of the leading newspapers in Argentina, Brazil, Colombia and Mexico.
Photo:
www.colourbox.com

Are the poor visible or invisible in the media? How are they spoken of? And to what extent does the media influence general opinion?

Ana Beatriz Chiquito heads the research project POLAME, "Poverty, Language and Media", and is in the process of examining language data from the main newspapers of Argentina, Brazil, Colombia and Mexico.

In the course of a few hectic days in May, she has played hostess to part of the international research team involved in the project – linguists, sociologists, economists, and political and media scientists who have all gathered in Bergen to bring each other up to date on the project’s status.

"We can observe that the papers do not refer much to the poor on a personal basis, even though they do illustrate articles with photos of people. Poverty is primarily discussed as a concept and a phenomenon", says Chiquito.

The researchers believe one reason for this is the fact that a word like poverty is easier to describe in technical terms – 'so and so many percent are poor', 'living on xx dollars a day'. Conveying such concrete facts is more straightforward than delving into causes and consequences of poverty for the individual, and they are also easier to handle in general.

Is poverty a disease?

"The linguists have been hardest at work during the first phase of the project", Chiquito tells.

Aided by modern linguistic technology they have collected thousands of articles on poverty from a selected range of newspapers. Furthermore, they have studies which other words are associated with poverty, and how the concept is compounded linguistically as well as how it is conveyed.

It is then possible to describe the contexts and the subject matter of the articles where the word poverty appears. The researchers are able to make out a pattern in how these texts are constructed and what they convey about poverty.

"What we see is that poverty is described as something to be combated and eradicated, and metaphors of war are often used. Poverty is perceived to be difficult, problematical or even sometimes a disease", she relates.

"We wish to probe deeper into the subject to see if it is possible to understand why we speak of poverty in this manner, without discussing why it arises and how it may be overcome. Very often governmental solutions are referred to, and the descriptions tend to be so technical that only specialists can understand them. This all helps render the concept intangible to the newspaper readers."

Poverty is often discussed in relation to other social phenomena. Do different countries exhibit disparities in how the papers write of poverty?

"In Colombia poverty is often written about in relation to internal refugees, in Mexico it tends to be associated with drug trafficking while in Argentina and Brazil the concept is linked more to economy in general. At the same time, it is obvious from the lists of word collections that subjects which ought to be present are in fact missing", Chiquito remarks.

"For instance we have noted that unemployment is written about to varying degrees in the different countries. We ask ourselves why this is, when the unemployment levels are so high. Are there other, more pressing subjects? Or do the media not wish to assign more significance to unemployment?"

Poverty is widespread in these four countries, and the media tends to be influential in setting the political agenda.

"We wish to make the readers as well as the journalists who address poverty issues more conscious of the importance of language. Language conveys both opinions and ideologies. The journalists choose their words and expressions, and the readers interpret that which is conveyed. It is important to be aware of this in order to understand the media."

Do the media serve an agenda?

The newspaper is a channel that reaches many, and there is reason to believe that it influences general opinion. What is written in the paper forms the basis for lunchtime conversations at work and everyday discussions on the street corner.

"We assume that the papers have an agenda. The journalists represent someone, an opinion, and we expect their voices to be important for people. The preliminary results may be interpreted as expressions of a societal attitude. But it is also important to notice the social contexts that apply to the newspapers – who owns them, who reads them and what type of understanding of society characterizes each individual paper."

During the next phase of the project, the researchers will delve deeper into the data and interpret their findings. They will study what the media has to say about causes of poverty, and whether these statements will stand up to scrutiny.

Translated from Norwegian by Elisa Kolle.

An international and multidisciplinary team of researchers study the language used by the most important newspapers in Argentina, Brazil, Colombia and Mexico to construct and convey the notions of poverty.

The project is funded by The Research Council of Norway (RCN).

More about the project:
The POLAME-project 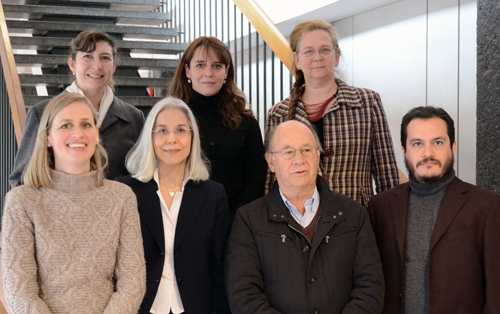 A handful of the scientists who gathered for the seminar in Bergen in May.
Photo:
Alf E. Andersen 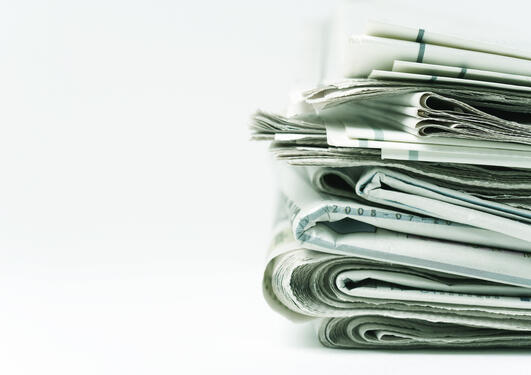 Latin American newspapers use a technical language when describing poverty. According to researcher Ana Beatriz Chiquito, this makes it more difficult to understand the causes and effects of poverty. 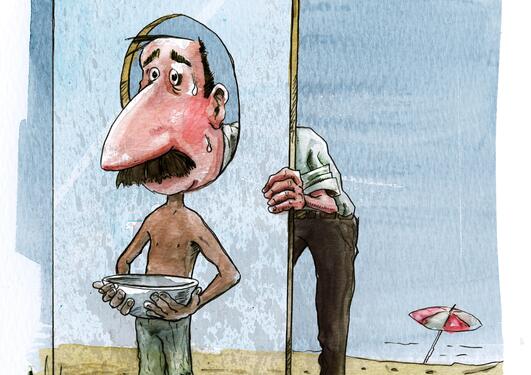