The aim of the projects is analysis and identification of degradation products from implants, as well as development of new test methods for detection of possible immunological responses in patients. This activity is a partnership with the clinical environment and basic research activities

Recent studies have shown that large amounts of minute nano- to micron-sized wear particles are produced by orthopedic implants, setting into motion a cascade of events that ultimately may result in osteolysis, possibly leading to failure of artificial joints. Determination of the concentrations of metal particles and ions in tissue and blood may be useful in the diagnosis of patients with symptoms after total joint replacement, as increased levels can be indicative of mechanical dysfunction or wear (Høl et al. 2006; Høl et al. 2008).

Tissue surrounding the joint along with blood samples will be collected and stored in the established Peri-prosthetic Tissue Bank. The degradation products in the biological material will be characterized and quantified using:

Additionally, retrieved tissue will be analyzed for biological reactions, such as lymphocyte and macrophage responses, by immunohistochemical techniques. The cellular effects of nanoparticles released from surgical implants are currently being studied in a parallel set of studies related to nanotoxicology, an activity that is associated with our group.

In a prospective study that started late 2009, we are the recruiting patients receiving joint replacements that preserve the femur and only replace joint surfaces with metal-on-metal components (so-called shell replacements, or "resurfacing"). They are usually given to younger patients because the prosthesis provides restoration of a  relatively normal head size with a durable bearing material, therefore allowing higher activity levels than standard prostheses. These prostheses are known for higher metal release than metal-on-plastic joint replacements, and it is therefore necessary to monitor the level of metals in blood samples in conjunction with routine controls. 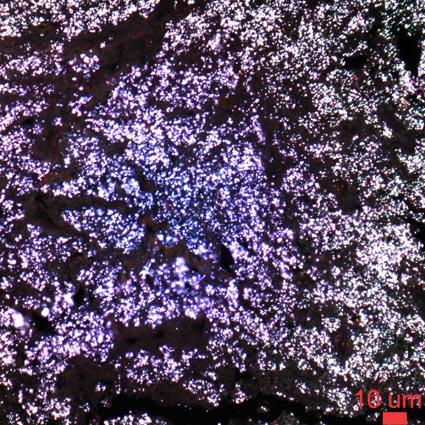