Skip to main content
In the Wake of Colonialism

Exchanges at sea: Norwegian influence in the Pacific 1850-1950

In October 1879 the bark Beta sailed out from Drammen and carried around 300 plantation workers who had signed up for labour in the Promised Land in Hawaii. This marked the first effort to recruit Norwegians as labour for the growing arena of plantations in the Pacific. Norwegian interests had then already for decades been involved in shipping in the Pacific.

Norwegian brokers and captains had found a niche in the shipping market – wherein they operated the shipments between the larger colonial ports in Australia, New Zealand, Fiji and Hawaii and the numerous smaller plantation ports on many scattered islands. They shipped timber, kerosene, calico and other forms of necessary supplies out to the newly colonized districts and islands and brought back sugar, cotton, dry coconut and guano.

The bark Beta sailed from Drammen, Norway to Hawaii in 1879 with the first shipment of plantation workers. Altogether, 600 Norwegians were shipped to Hawaii, a voyage that took more than four months.

An immediate result of the cross cultural exchange that took place around this shipping activity is the collection of ethnographic objects that we hold in the Bergen Museum collections and in the other regional museums of Norway. Here we find the objects that were bought by or given as gifts to Norwegian sailors and merchants in this period.

In this project the aim is to look at this sphere of cross cultural contact and the social space that was opened up in this early period of colonisation and international trade. We now begin to see the contours of the type of social interaction that took place in this period, and the main effort of the project will be to trace the biography of a few of the Norwegians who settled in the Pacific islands and to compare this with what we see in Africa in the same period.

What is interesting here is how the Norwegians found their place in that social world of an emerging colonial hierarchy. It is maybe particular to the Pacific context that the Norwegians in fact seem to have been assimilated into local hierarchies and social settings more so than what we are used to from other colonial contexts involving Europeans.

This project hence takes two angles towards the Norwegian presence in the Pacific. On the one hand it takes a view from the ethnographic collections in Norwegian Museums. On the other it takes a localized view from one particular social environment on the island of Kauai in Northern Hawaii. Here Waldemar Knudsen (born August 5, 1819, in Kristiansand) was a sugar cane plantation pioneer on West Kauai.

Knudsen arrived in Kekaha, Kauai, Hawaii in 1856. After coming to Kauai, he managed the Grove Farm Plantation when it was owned by Herman Widemann. Using an old Hawaiian ditch, Knudsen drained and reclaimed about 50 acres on which he and Captain Hans L'Orange planted sugar cane in 1878. L’Orange was also the agent behind the shipment of Norwegians to Hawaii, and along with the third party, Hans Petter Faye, these Norwegian entrepreneurs managed to build up the Kekaha plantation to being a self-contained society – with its own churches of various religious, with a labor force of Europeans, Japanese and Chinese, with a prison, with schooling and services for children and families of the labourers.

Knudsen's nephew, H.P. Faye, drew up much of the plantation's design. Kekaha Sugar was initially seen as a shaky investment with a need for great amounts of capital to build an infrastructure of canals, pumps, water systems and other facilities needed to overcome its inherent physical disadvantages. These pioneering years were rough ones for the growers who lacked an abundant water supply on Kauai. A breakthrough was when the plantation railroad was started in 1884. Mules pulled the cane cars until 1886, when they were replaced with German-built locomotives.

The society was taking form through well sustained relations with the Hawaiian royalty and adherence to the strong traditional proverbs of Hawaiian culture, intermarriage between the most important figures of these islands and with constant attention to the way the Hawaii state was developing and the interests of the business associations. Eric Knudsen, son of Waldemar, was a delegate from Kauai to the 1904 Republican National Convention. He was also a member of the Hawaii House of Representatives, and served as its Speaker from 1905-1907. He is today renowned in Hawaii for being one of the foremost storytellers of Kauai traditional myths and stories.

In this project the aim is thus to reach an understanding of the nature of the social interaction between these Norwegian migrants and the respective communities that they built up and lived inside. The results will be presented through a forthcoming publication of the Kekaha plantation, through a joint exhibition at the Bergen Museum, University of Bergen, in 2008 and through a documentary film of the Kekaha plantation and its history.

Daws, Gavan 1968. Shoal of time. A history of the Hawaiian islands. Honolulu: University of Hawai’i Press.

Grip, A 1883. The condition of the Swedish and Norwegian laborers on the Hawaiian islands. Oslo: Stortingspropotion no.48, 1883. 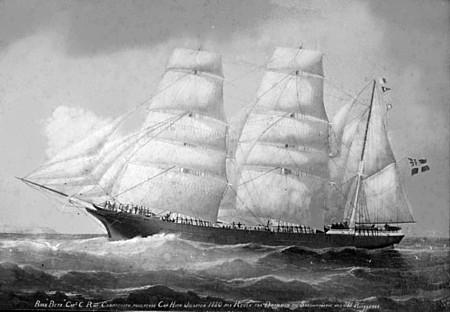 The bark Beta sailed from Drammen, Norway to Hawaii in 1879 with the first shipment of plantation workers. 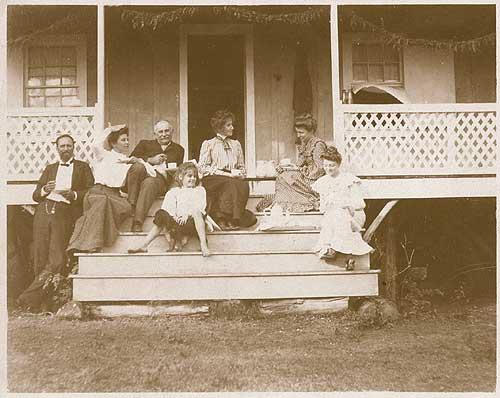