Bergen is the 2015 host of the international Electronic Literature Organization conference, and has received a record number of submissions from scholars and artists around the world.

This August, scholars and artists from around the world will meet in Bergen to discuss, exhibit and perform literary works created to take advantage of the networked computer. The University of Bergen has been a hub for research on electronic literature since Espen Aarseth coined the term cybertext in 1995, and today hosts the ELMCIP Knowledge Base of Electronic Literature as well as a group of international scholars in the field in the Electronic Literature Research Group, which is led by Scott Rettberg. Scott Rettberg is also the Conference Chair for ELO2015.

2015 is just the second time the ELO conference has been held in Europe, and we were delighted to receive a record number of submissions for the conference this year. 335 scholars and artists from 39 different countries on all five continents have submitted proposals, with about half the proposals being for the exhibitions and performances and half being for the academic program.

In addition to a full academic program over three days, the conference will include evenings of performances and readings of electronic literature and four exhibitions of literary installations. The exhibitions will be held in partnership with local galleries and cultural spaces and will be open to the general public. They are intended to showcase the best contemporary electronic literature to a broad audience, including children.

The exhibitions will be:

1) Hybridity and Synesthesia, hosted by Lydgalleriet. ne of the evenings of performances will be hosted by the associated, concert-quality audio performance space at Østre,

3) Decentering: Global Electronic Literature exhibition will be hosted by Gallery 3,14

4) Interventions: Engaging the Body Politic exhibition will be held at USF Verftet Visningsrommmet.

5) The Emergence of Electronic Literature is an exhibition documenting the history of electronic literature that will be shown at the Humanities Library at the University of Bergen.

The academic program, including papers, panels and workshops, will be held at the University of Bergen. There will also be a screening room of cinematic works as well as live performances of electronic literature at Det akademiske kvarteret.

Dozens of reviewers are currently helping assess the submissions for the conference, and the program will be announced in March.

Electronic literature describes works with important literary aspects that take advantage of the capabilities and contexts provided by the stand-alone or networked computer, for instance including hypertext, kinetic poetry, interactive fiction, generative literature, literature in social media and literary installations. 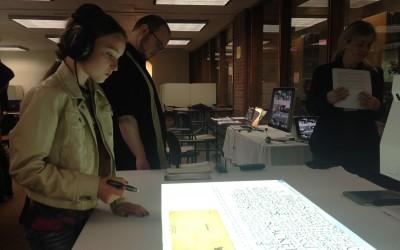