Language not only reflects and expresses facts and observations, it also influences attitudes and behaviour and is a vital component of the cultural prerequisites underlying societal development.

Language is a crucial means for communication and interaction. Language not only reflects and expresses facts and observations, it also influences attitudes and behaviour. It thus constitutes a vital component of the cultural prerequisites underlying societal development.

The aim of this course is to discuss the role of language and language use in a series of societal challenges and in various cultural contexts.

Through different approaches (theories and methods) illustrated through a diversity of cultural and societal settings, the course will focus on the role of language in relation to the following topics: politics, media, climate change, poverty, migration, business and norms.

Please refer to the BSRS programme for common BSRS sessions

13.30 – 14.30: Introduction and presentations of course teachers and students

11.00 – 12.30: Translation as re-contextualization: sociocultural and linguistic issues in the circulation of texts
Anje Müller Gjesdal, NHH

Dahl’s lecture:
The framing of climate change in the media
For most people, news about science comes filtered through the media. The way important issues on which there may be many viewpoints−such as climate change−are presented and framed by journalists therefore may have a significant impact on how readers come to view them. In this lecture, we will take a primarily linguistic and qualitative approach to the concept of framing in news texts. We will consider, e.g., the use of words that place the issue in a particular subject domain (climate change may be framed as an economic, ethical, political… issue), value-laden expressions (e.g., positive/negative) as well as quoted sources (what ‘voices’ are included?) and how these features operate together to embody a specific framing.

Cardona’s lecture:
Responsibility and blame. Verbal argument structure in Colombian newspaper articles treating poverty
This lecture will present the methods and results of a research project which examines, by way of linguistic analyses, to whom or what Colombian newspapers assign notions of responsibility, cause or blame when they address the topic of poverty. Here, we examine the verbs that appear with the word pobreza (poverty) as syntactic and semantic argument. Specifically, we examine the agent, or highest argument, of the different verbs in detail, since the agent is the initiator of the verbal action and thus has the potential of accepting responsibility or blame for the action described.

Fløttum’s lecture:
Language use in the climate change issue
After a short presentation of the cross-disciplinary LINGCLIM project (https://www.uib.no/en/project/lingclim ), aiming to generate integrated knowledge on the role of language in the multi-faceted climate change debate, we will discuss various linguistic and discursive questions related to climate communication. In order to find out more about how language matters in the climate change issue, and how different actors construct their climate agenda linguistically, various kinds of analyses are relevant: studies of words, of combination of words, and of entire texts. The theoretical discussions (on polyphony and narrativity) will be illustrated by empirical examples taken from scientific reports, political documents, blogs, and from people’s own freely formulated associations with climate change.

Gjerstad’s lecture:
Refugee narratives in British and French politics: a comparative linguistic and polyphonic analysis of the Brexit and French presidential debates
Combining a narrative and polyphonic theoretical framework we will compare how the Syrian refugee crisis was discussed in the final televised Brexit debate in June 2016, and in the candidates' debate ahead of the French presidential election in May 2017. How do political actors construct the story of insecurity and humanitarian catastrophe in their respective countries? More precisely, what is the role of refugees in the narrative constructed by national politicians in the UK and France? Are they cast as victims or villains? How are these portrayals used argumentatively, and to what end?

Gjesdal’s lecture:
Translation as re-contextualization: sociocultural and linguistic issues in the circulation of texts
Translation is an important process in the circulation of texts across societies and cultures. In recent years, translation studies and linguistics have entered into closer dialogue, and an important topic is the role that social and cultural context plays in the translation of texts. In this talk, I will discuss recent work that applies linguistic and pragmatic notions of context to the study of translated text, with a particular attention to timely issues such as gender and climate change.

Lunde’s lecture:
Linguistic culture and norm negotiation
This lecture seeks to convey an understanding of how languages exist and coexist in different societies. We will focus on the concept of linguistic ‘norm negotiation’ – a term that captures some of the ways in which we interact with (conflicting) linguistic norms in a linguistic society – within a broad understanding of ‘linguistic culture’, that is, language attitudes, ideologies, historical and political frameworks, ideas and beliefs that define the socio-cultural context of a given language’s existence in society. We discuss attempts to enforce, modify and regulate norms and the institutions, groups and individuals involved in such endeavours. We further assess the variety of ways in which linguistic norms are discussed, challenged or accepted in verbal interaction between human beings.

Ly’s lecture:
Language and language use in intercultural business communication: the case of Sino-Scandinavian interactions
The globalisation of business has created new corporate structures where people from different national backgrounds and mother tongues may need to collaborate effectively to get the job done. These interactions have traditionally been studied by management and intercultural communication scholars, who have mainly examined the challenges through the lens of national cultural differences. However, a study of language and language use in the workplace may also be fruitful and contribute to an understanding of the nature of communication challenges across nations. In this presentation, we first present the challenges related to collecting language data in the workplace and discuss the most common methods used to do so (naturally occurring data and interviews). Then, we look at a concrete example of how language data may be collected in the workplace, analysed and interpreted.

Skalle’s lecture:
Language and identity in migrant narratives
Literary texts and films which describe the experience of migration and exile represent a growing field within the contemporary art scene. The migrant protagonists of these narratives often contest homogenizing conceptions of identity and belonging, representing instead a transnational vision of life, and what Homi Bhabha in The Location of Culture (1994) calls "hybrid identity". Many migrant narratives thus seem to destabilize and challenge an antithetical relationship between “here” and “there”, between the culture of origin and the one of destination. In this lecture, I will discuss how identity is represented in a selection of contemporary migrant literary narratives and how language plays a crucial role in the formation and representation of this (hybrid) identity. In particular, I will focus on the texts of the Italian-Somali author Igiaba Scego, specifically on the short story “Sausages” (2005, “Salsicce”, cf. reading list).

Svennevig’s course lecture/workshop
Establishing understanding in conversations with second language speakers
A basic principle in communication as in medicine is that prevention is better than cure. Thus, speakers orient to potential problems of understanding as they formulate their contributions to a conversation. This workshop investigates some communicative practices speakers use in order to prevent understanding problems when the interlocutor is a second language speaker. Examples are dividing complex information up into smaller units, reformulating potentially problematic utterances, and checking that the interlocutor has understood. The data used in the presentation consists of video recordings of naturally occuring workplace conversations.

Svennevigs plenary lecture:
Migration, language and workplace interaction
The workforce in many organizations is becoming increasingly international, involving employees who use a different language than their mother tongue as their work language, and who collaborate with colleagues with different cultural backgrounds. This presentation aims to show how issues of language and culture are oriented to in everyday workplace interaction. It investigates the communicative practices adopted by such co-workers in order to deal with these challenges. Examples are teaching and learning new vocabulary from each other and switching between languages.

The documentary film "Talking about climate" by the LINGCLIM project looks at the role of language and the diversity of opinions in the climate change debate. Meet the people behind this project and see the entire film at BSRS 2017.
Producer:
Anwar Saab, 1001 Films 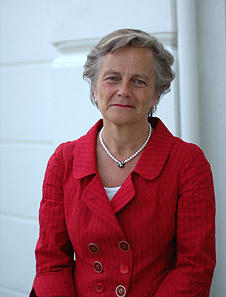 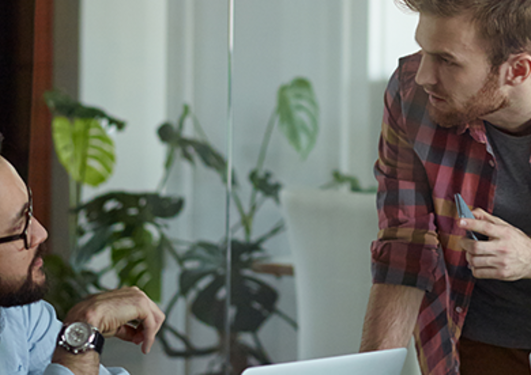 What are the communicative practices adopted by an increasingly international workforce that uses a work language different from many employees' mother tongue? 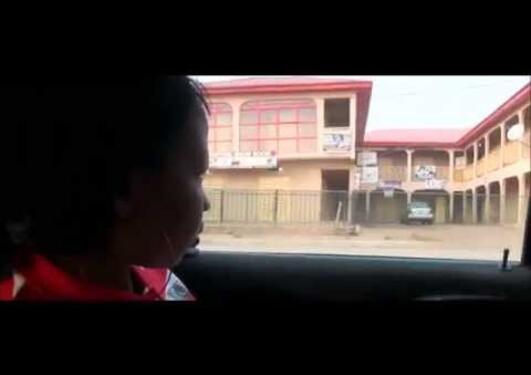 Between “Victims” and “Criminals”