The earliest human burial in Africa has been discovered at an archaeological site near Mombasa. Excavations revealed the body of a three-year-old child, deliberately buried around 78,000 years old.

EARLIEST BURIAL CAVE SITE: General view of the cave site of Panga ya Saidi where the earliest burial was discovered and dated to be 78,000 year.
Photo:
Mohammad Javad Shoaee

At Panga ya Saidi, in Kenya, north of Mombasa, the body of a three-year-old child was found. Dubbed Mtoto (Swahili for ‘child’) by the researchers, the child was carefully placed in an excavated pit and deliberately buried approximately 78,000 years ago.

The astonishing discovery has just been published in the journal Nature. The international team behind the discovery was led by archaeologists from the Max Planck Institute for the Science of Human History (Jena, Germany) and the National Museums of Kenya (Nairobi) and includes SapienCE researchers Simon Armitage and Francesco d'Errico.

Simon Armitage says that the importance of this research is that it provides us with new evidence about early human behaviour in Africa. In particular, Mtoto’s burial shows that by 78,000 years ago our ancestors disposed of the dead in a stylised manner, implying some form of community involvement or funerary rite.

“We don’t know what materials were used, since they decomposed long ago, but possibly hide or vegetation” says Armitage.

Armitage was responsible for determining the age of the burial, using luminescence dating.

"Luminescence dating is a technique which determines the amount of time that has passed since sand grains were last exposed to sunlight. In this case, sand grains from within the grave fill and surrounding sediments yielded ages of ~78,000 years, giving us a robust age for Mtoto’s burial"explains Armitage.

Francesco d’Errico, a senior scientist in SapienCE, analysed archaeological material and sediment from the burial pit and including surrounding layers. He was able to show that the pit was intentionally dug and that the child’s body deliberately buried with sediment.

"Our analysis demonstrates that the grave was deliberately excavated and refilled after the child was placed in it. Consequently, we see this as a sign of early human behaviour since there is always the possibility that a child could be buried accidentally by geological processes".

d’Errico explains that the grave contained no offerings or ochre (an orange to red rock used as pigment by ancient populations), both of which are common at more recent burial sites. Nonetheless, the funerary treatment given to Mtoto suggests a complex ritual that likely required the active participation of many members of the child’s community.

"Though Mtoto was a Homo sapiens, the child’s dental morphology, in contrast with that observed in other human remains of the same period, preserves certain archaic traits connecting it to distant African ancestors”, d’Errico explains.

The discovery of this burial also confirms the theory, often proposed in recent years, that our species has extremely old and regionally diverse roots in the African continent where it arose.

Significant piece in the big puzzle

"We know that modern humans did not originate in a single place and at a given moment, but are the result of a long process starting 300,000 years ago. Populations living in Africa have gradually acquired modern morphological characters. The fact that the child excavated in the burial retains some archaic character is consistent with the overall long-term scenario".

d’Errico says that even though this discovery may be a small piece in the big puzzle, it is significant for understanding how we have developed into who we are today.

"We have very few ancient burials in Africa, some are not well dated, and we may not find others for decades. Our study shows that 78,000 years ago Middle Stone Age populations living along the Kenyan coast were burying their children, and were paying particular attention in protecting their body during inhumation process”. 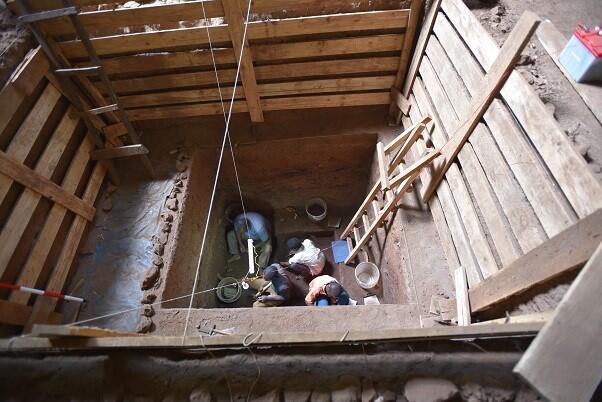 TRENCH EXCAVATION: The human burial was found at the bottom of this trench excavation at Panga ya Saidi.
Photo:
Mohammad Javad Shoaee 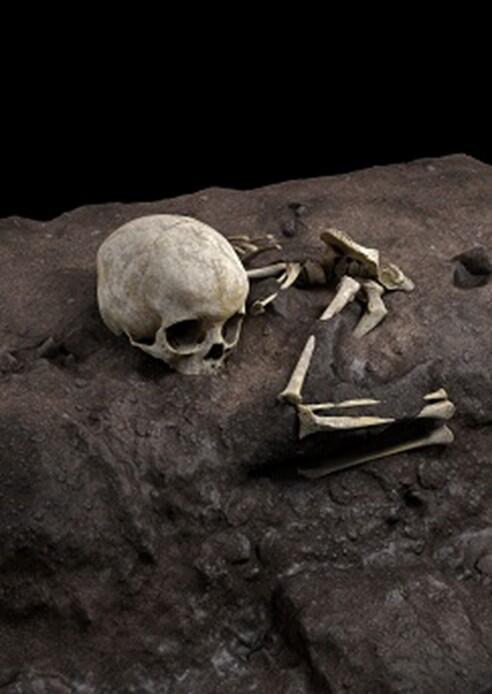 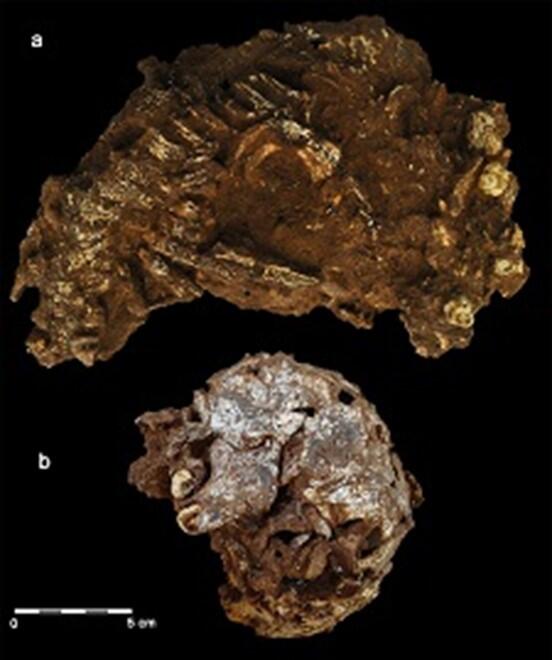