SUSTAINABILITY AS A TRANSITIONAL PROJECT: Senior diplomat Marianne Loe from Norway's UN Mission is a veteran of the SDG process and gave the opening keynote at the 2019 Bergen Summer Research School.
Photo:
Eivind Senneset for the University of Bergen

“In 2014, before the Paris Agreement, the negotiations to agree on the SDGs was so difficult we might actually have ended up without an SDG13 on Climate Action,” said Minister Counsellor Marianne Loe from the Permanent Mission of Norway to the UN in New York.

She was the opening keynote at the 2019 Bergen Summer Research School (BSRS), where she spoke on “The Making of the SDGs – an insider's perspective”.

In the transition phase as the Millennium Development Goals (MDGs) were to expire to the SDGs, there was a change in mindset, but also different views, on how to proceed.

“Looking back today, it is hard to grasp how difficult and contentious the 2012 decision in Rio to have a set of SDGs post 2015 actually was. This as the MDGs were not negotiated among states,” says Loe referring to the so-called Rio+20 Conference, “where the decision eventually was made to develop a set of SDGs.“

With the MDGs being only moderately successful, with big variations between and within nations, some wanted to scrap them altogether, whereas others were pushing for a more ambitious agenda.

“It became obvious to most players that agreeing on a set of common global goals was a smart way to pull resources together, aiming for some kind of new goals to follow up on the MDGs post 2015,” she says, “the big question was: what kind of new goals?”

There may be trouble ahead

But moving from the MDGs to the SDGs, trouble was waiting ahead.

“The easiest to agree on was the need for what you could call the second generation of MDGs, represented by what became the first six SDGs,” said Loe, “on poverty eradication, food security, health, education, gender equality, and water and sanitation. There was little opposition to having separate headline goals for each of these.”

According to the Norwegian diplomat, it was more difficult to agree on the remainder of the goals.

“Everybody had their favourite topics for the new set of goals. Some had environmental issues high on their agenda, others economic issues. Some wanted peace and good governance included, others were more concerned with global inequalities and differentiating responsibilities between rich and poor nations,” she said.

The hardest nuts to crack

Loe pointed to several SDGs to pinpoint the problems the negotiators faced, ranging from SDG3 on health via SDG7 on energy to SDG13 on climate.

“Trying to find the right balance and the right mix between all these different points of view and priorities was not easy. The difficulties did not always appear where we had expected. But often they did,” explained Loe.

According to the Norwegian diplomat, the two most difficult headline goals to agree on were climate and what eventually became known as SDG16.

A lack of action

With SDG13 on climate, some have questioned why the targets contain so little action to combat climate change. There were two main reasons, according to the Norwegian diplomat.

“First, because it is a complicated and contentious issue in and of itself. Second, because the negotiations on a new climate agreement was going on in parallel and there was a widespread fear of interfering with that process,” said Marianne Loe.

A small but growing number of countries increasingly felt uneasy about this, including Norway.

“We feared that the SDGs could fail the test of time and relevance if they didn't feature climate change more prominently, which meant as a headline goal,” she said, not the least thinking beyond the deadline of the then climate talks and towards the 2030 end point that was eventually set for the SDGs.

However, the eventual SDG16 on peace, justice and strong institutions was probably the hardest of the goals to find a shared agreement on.

“This goal brought in a fourth dimension to sustainable development – in addition to the social, economic and environmental – which was fundamental to some and not so welcome to others,” explained Marianne Loe, pointing to Norway as one of several countries being the driving forces behind the inclusion of this goal.

“For many, Norway included, it was obvious that it matters a lot for a country's ability to develop sustainability on how it is governed and whether it enjoys peace or is in a conflict situation.“ 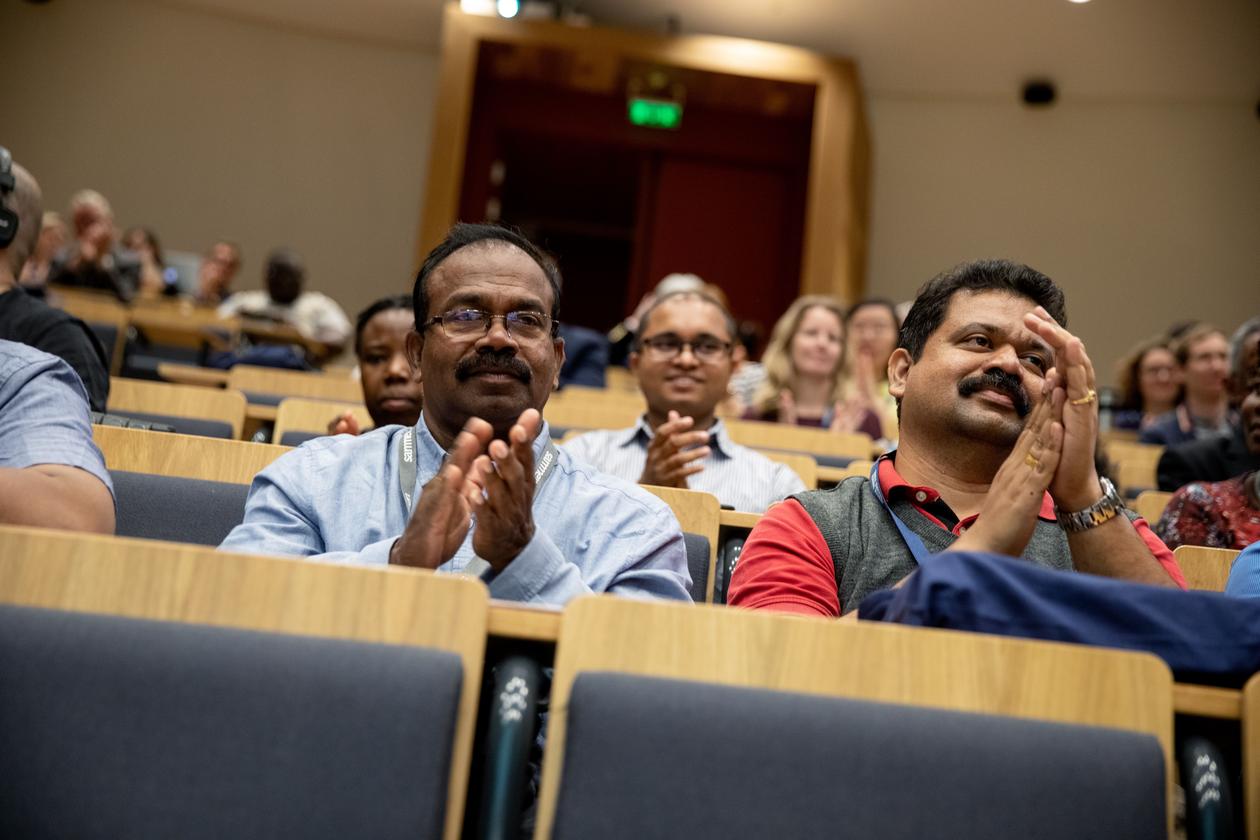 WARM APPLAUSE: Minister Counsellor Marianne Loe from Norway's UN Mission's keynote at the 2019 Bergen Summer Research School was met with enthusiasm by the participating researchers.
Photo:
Eivind Senneset for the University of Bergen