Bergen will revive the stockfish traditions

- It’s great to be part of the unveiling ceremony. It is an impressive and high-ranking recognition that raises the proud history of dried fish/stockfish into the future, said Commissioner Gunnar Bakke when he unveiled the plaque at Bryggen Tracteursted, as the first approved Bacala Alla Vicentina restaurant in Bergen.

Bryggen Tracteursted is approved as the first stockfish restaurant in Bergen, by the fraternity association in support of the famous dish Bacala alla Vicentina in Italy. The Brotherhood Confraternita Bacala alla Vicentina was founded in Sandrigo, in the Vicenza province in 1987. Their aim is to preserve and cherish the good local food. The fellowship awards a unique plaque to approved restaurants, that are obliged to serve this typical local, but also internationally accepted cuisine based on Norwegian stockfish.

Project manager Terje Inderhaug in Hordaland County Council says that this is the first step in the process for Bryggen Tracteursted/restaurant, to be transformed into a “intermediate” stockfish craft and cultural culinary centre in Bergen, a so-called ÉCONOMUSÉE .

- Dried fish/stockfish was the most important trade product in Bergen for 900 years. The knowledge of stockfish grading is a living cultural heritage that we will take care of in Bergen. However, in order to take care of the stockfish traditions we must highlight “vrakaren”, the intangible heritage craft master of sorting and grading the stockfish. Today we have only one craftsman left in Bergen, plus some old age pensioners. If we are to take care of the “vrakar” subject, i.e. the craft of sorting and grading stockfish in Bergen today, then the chefs must learn it and be able to present it to the public , says Inderhaug.

This is a huge international recognition

The owner Eric Saudan at Bryggen Tracteursted has taken the challenge .

- Dried fish is still important both for us and Italy. I’ve been to a festival in Italy where they served stockfish meals to 4,500 persons. This is a huge heritage. This is the most important Norwegian historic commodity and it comes from Røst and Lofoten in North Norway. Stockfish is widely internationally recognized and being the key ingredient in one of the five national dishes of Italy.   We had cooks on study placements down there in Vicenza. They have learned to make stockfish dishes, says Eric Saudan .

The plan of Eric Saudan is to open a “intermediate” craft center for the stockfish traditions on the premises of Bryggen Tracteursted. At the craft centre, the history of stockfish production will be presented, the stockfish can be viewed and smelled, and visitors can purchase and taste stockfish dishes. Through the ÉCONOMUSÉE project, Hordaland County Council can assist to facilitate this goal. However, project manager Terje Inderhaug thinks wider.  The historic building of Tracteuren is on the World Heritage List by the UNESCO at Bryggen. Now, the plan is to support the city of Bergen to become a UNESCO Creative City of Gastronomy, by presenting the internationally shared and unique stockfish traditions in a sustainable manner.

Bergen aims to be a UNESCO city of Gastronomy

- The application for Bergen to be an approved UNESCO City of Gastronomy has been sent. Five cities in the world have received such a status, and Bergen has ambitions to join. We will be the most exciting region within the cultural and food based experience economy in Europe. We will create culinary experiences in the same way as cultural experiences. History of Bergen is a story about food, a history of stockfish trade and export of stockfish , says Commissioner Gunnar Bakke.

Project manager Terje Inderhaug look even longer than this too and he is involved in a major international UNESCO conference in Bergen, the 24-26 March next year in collaboration with the University of Bergen and others. The conference will take a closer look at how cultural heritage should be made able to survive and be sustainable in the future. Economusee in western Norway and the university research behind the concept have a natural place in the conference program.

An ÉCONOMUSÉE is a concept where old craft traditions are preserved and made sustainable through a visitor center. An ÉCONOMUSÉE will showcase the production; have a historic and contemporary exhibition, and a shop for sale of the craft products. In an ÉCONOMUSÉE craftsmen will provide visitors with information about traditions, showcase craft techniques, the production process, and provide visitors with a good knowledge traveler experience. In addition to products for sale, an ÉCONOMUSÉE will also have a documentation area, where archive material and books on the subject will be available for further reading and studies.

The idea behind ÉCONOMUSÉE comes from Canada 25 years ago. Today there is a large international network of almost 100 ÉCONOMUSÉE in Europe and Canada that preserves old handicraft traditions. In Northern Europe it is established ÉCONOMUSÉE in Greenland , Iceland, Faroe Islands , Sweden , Ireland, Northern Ireland and Norway.

Hordaland County Council is responsible for development of the ÉCONOMUSÉE concept in Northern Europe by means of the EU NPP Interreg project, Craft International. Today there are eight ÉCONOMUSÉE in Norway, and seven of these are in the county of Hordaland. The ÉCONOMUSÉE are as follows; Aurlandskoen in Aurland (shoemaker), Oselvarverkstaden in Osøyro (boatbuilder), Fjordtønna in Tysse (small barrel cooper), Stine Hoff at Hop (art glass blower), Treskjerartunet at Myrkdalen (sculptural wood carver),  Syse farm in Ulvik (Apple fruit farm), Tønnegarden at Fusa (big barrel maker) and Hillesvåg Ullvarefabrikk (woolen mill). There are two more ÉCONOMUSÉE being developed at Stavanger, which are Ledaal (a weaver company) and Ullform (a felter company). 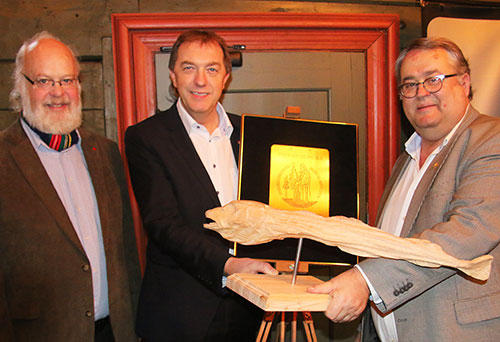 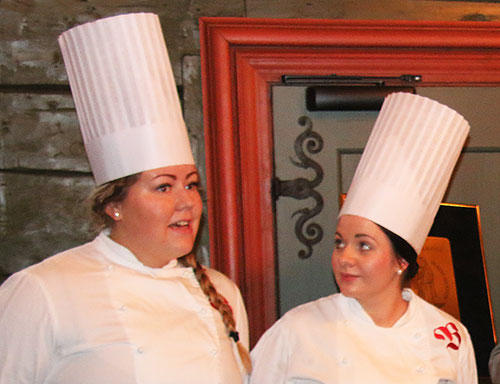