We are happy to invite to a CCBIO Seminar with speaker Frédéric Amant from the Center for Gynecologic Oncology, Netherlands Cancer Institute and Academic Medical Center, Amsterdam, The Netherlands. Note that it starts at 13.30, one hour earlier than usual for the CCBIO Seminars. Title: "Cancer during pregnancy: a multidisciplinary approach in an INCIP research setting."

Frédéric Amant, MD, PhD (°1967), received his medical degree from the University of Leuven (KU Leuven), Belgium in 1992, completed his specialty training as an obstetrician/gynecologist in 1998, and his subspecialty training in gynecologic oncology in 2000. He is professor at the KU Leuven in Belgium and at the University of Amsterdam (UvA)  in the Netherlands. He is visiting professor at the university of Bergen (one of CCBIO's international affiliated researchers), Norway and honorary professor at the university of Pretoria, South Africa. He is a specialist in Gynecologic Oncology, heading the research section at the University of Leuven, Belgium. He heads his section at the Antoni van Leeuwenhoek – Netherlands Cancer Institute and the Amsterdam University Medical Centers. Frédéric Amant chairs the International Network on ‘Cancer, Infertility and Pregnancy’ (INCIP) of the European Society of Gynecologic Oncology (ESGO) (www.cancerinpregnancy.org). He is past chair of the European Network for Individualized Treatment of Endometrial Cancer (ENITEC).

Title: "Cancer during pregnancy: a multidisciplinary approach in an INCIP research setting"

Time: Note that the time is one hour earlier than usual this time: Thursday November 29th at 13.30.

Open for all, no seminar fee.

All interested researchers, students, visitors and others are welcome, also to the pizza get-together following the seminar!

Breast cancer, hematological malignancies, ovarian and cervical cancer are the most commonly encountered malignancies during pregnancy.(1) Reports on the incidence of breast cancer in pregnancy (BCP) vary from 2.4 to 7.3 per 100,000 deliveries, depending on study population and definitions used.(2)  Andersson et al (2009) found an increase in the incidence of PABC between 1963 and 2002, in a population-based cohort study from Sweden.(3) This supports the expected increase of BCP as later age at first birth becomes more common.

In the most recent INCIP (International Network of Cancer, Infertility and Pregnancy) interim analysis, 1170 patients were included in the analysis and 779 (67%) received treatment during pregnancy. Over the years, the proportion of patients with cancer during pregnancy who received antenatal treatment increased, especially treatment with chemotherapy.(1)

The basis of a thorough staging evaluation starts with a careful (family) history and physical examination. Patients with BCP almost always present with a palpable mass. Breast cancer detection is more difficult, due to physiologic pregnancy and lactation related changes in breast tissue, including engorgement, hypertrophy and nipple discharge. Overall, patient’s and doctor’s delay is common, due to more difficult interpretation of clinical findings, gestational symptoms and reluctance to apply diagnostic tools.

Imaging of the breast during pregnancy

Breast ultrasonography is the most accurate examination to determine whether the suspect area is based on a true mass (both solid or cystic) or normal parenchyma.

Magnetic resonance imaging (MRI) is applied widely during pregnancy, for obstetric (e.g. fetal evaluation) and non-obstetric indications. However, the use of MRI for breast evaluation has not yet been established. Talele et al (2003) reported a higher gadolinium uptake in the lactating breast due to increased vascular permeability, causing difficulty to recognize malignancies.(4) It is also recommended that during pregnancy, gadolinium-based contrast agents should only be used if absolutely essential. Studies have demonstrated that gadolinium can pass through the placental barrier and enter the fetal circulation. This is eliminated into the amniotic fluid, it is still unknown how long the gadolinium-chelate molecules remain in the amniotic fluid before finally being reabsorbed and eliminated.(5)

Concerning radiological examinations, the potential harm to the fetus should be kept in mind but in general, the expected radiation effects, such as intrauterine growth restriction, mental retardation, organ malformations and childhood cancer, probably only arise above a threshold dose of 0.1-0.2 Gy. The estimated dose to the fetus resulting from most conventional radiograph examinations is less than 0.01 Gy.(6) Chest radiography can be safely performed, as long as abdominal shielding is used to minimize the scattered radiation that reaches the uterus. Computed tomography (CT) is associated with higher levels of radiation exposure and should only be performed if it may provide significant diagnostic information that would change the treatment plan. With adequate shielding reduction of fetal exposure can be decreased. Examinations without radiation exposure are still preferred during pregnancy. Abdominal ultrasound can be easily used for the detection of liver metastases. MRI is a valuable tool in the diagnosis of brain and bone metastases, in patients with high probability of metastasis or clinical symptoms.

Surgery is widely applied during pregnancy, in most cases for benign disease. A general rule is that when one cares for the mother during anaesthesia, one also cares for the fetus. Also laparoscopy is safe when the intraabdominal pressure is appropriate, an open procedure is used and when the surgeon is experienced. Tocolytics are only used in case of uterine manipulation.

Sentinel lymph node biopsy (SLNB) has become a valid method for axillary staging in nonpregnant patients with cT1-2 breast tumors and unsuspicious lymph nodes. The injected 99mTC sulphur colloid is concentrated only in the injection site and in the lymph nodes with negligible irradiation to other tissues and organs. Less than 2% of injected activity is found in the maternal circulation and excreted by the urinary system. The fetal absorbed dose in pregnant patients undergoing breast lymphoscintigraphy with 92.5 MBq of 99mTC sulphur colloid tends to be minimal in all scenarios. Injection on the day of surgery is recommended in order to minimize the dosage. The use of isosulfan blue dye has a possible risk of maternal anaphylaxis, which can also be harmful to the fetus. In 145 patients, SLN biopsy during pregnancy has a comparably low axillary recurrence rate as in nonpregnant women. Therefore, this method can be considered during pregnancy instead of standard ALND for early-stage, clinically node-negative breast cancer.(9)

Radiotherapy has been utilized during pregnancy in the treatment of breast cancer, Hodgkin’s disease, brain tumors and head and neck cancer. During the first 8 weeks of gestation, dosage above 0.05 Gy are associated with malformations, microcephaly, growth retardation and mental retardation (deterministic effects, dose related). In the first trimester, there is a risk of miscarriage and teratogenic effects. The exposure to radiation increases when the fetus is growing and the distance between the RT field and the fetus decreases. Next to the deterministics effects, there is a greater risk of secondary malignancies (stochastic effects).

The dose to the fetus comes from 3 principle sources, photon leakage through the treatment head of the machine, radiation scattered from the collimators and beam modifiers, and radiation scattered within the patient from the treatment beams.(10) Concerning the first 2 sources of radiation reaching the fetus, the dose can be reduced by a factor of two to four by proper shielding. The American Association of Physicists in Medicine (AAPM) published guidelines on the estimation and reduction of the fetal dose.(10) In a recent cohort describing pediatric outcome of antenatal exposure to oncologic treatment, only 11 children (of 129) was exposed to RT.(11) Large studies on fetal safety and outcome are not available.

Chemotherapy is contra-indicated in the first trimester of gestation to avoid interference with the normal organogenesis in early pregnancy. From 12-14 weeks gestation, the administration of some chemotherapeutic agents is feasible.(12) It is advised to treat with standard chemotherapy if possible.

The current standard chemotherapy for breast cancer is an anthracycline-based combination therapy of doxorubicin or epirubicin and cyclophosphamide. Addition of taxanes offers a survival advantage for women with high-risk breast cancer and has also become standard for non-pregnant patients in the last decade. For gynaecological cancers, the combination of paclitaxel and carboplatin is most widely used.

The transplacental passage of chemotherapy was studied in a pregnant baboon model. Fetal baboon plasma concentrations of doxorubicin, epirubicin, 4-hydroxy-cyclophosphamide and paclitaxel averaged 7.5%, 4.0%, 25% and 1.5% of maternal concentrations, respectively. This preclinical model demonstrates a variable concentration of chemotherapy in the fetal plasma.(13)

Trastuzumab, a monoclonal antibody used for treating tumors overexpressing the HER2 receptor, is contraindicated during pregnancy since it has been associated with oligohydramnios. Trastuzumab blocks epidermal growth factor receptors expressed in the fetal kidney, decreasing kidney cell proliferation. In a systemic review of 17 studies (18 pregnancies, 19 newborns), 61% of the pregnancies was complicated by oligo/anhydramnios and only in 52,6% a healthy neonate was born.(14) The children exposed in the first trimester were all healthy. Therefore, administration of trastuzumab should be avoided in pregnancy. Women who become accidentally pregnant during trastuzumab administration can continue their pregnancy.(15)

In the absence of valid data and given the problems with trastuzumab, the use of lapatinib is also contraindicated.

The pregnancy needs to be carefully monitored by an experienced obstetrician. Determination of gestational age and expected delivery date are important factors in planning the oncological treatment. Also in later stages of pregnancy, careful evaluation of fetal morphology and growth is required. Obstetrical complications such as miscarriages, fetal malformations and death, growth restriction, prematurity, oligohydramnios and neurological problems have been observed in the course of treatment.

Although termination of pregnancy can be considered during treatment planning, it has not been proven to influence maternal prognosis.

Concerning timing of delivery, an interval of at least 3 weeks between chemotherapy and the anticipated delivery prevents myelosuppression in the parturient and neonatus, consequently minimizing the risks of haemorrhage and sepsis. Furthermore, commencing chemotherapy during pregnancy can be a means to prevent iatrogenic prematurity, and the associated neonatal morbidity. In the analysis of 215 patients with cancer in pregnancy, delivery was induced in 71.7% of pregnancies and 51.2% of the neonates were admitted to a neonatal unit, mainly because of prematurity.(16)

Our most recent data indicate that babies exposed to antenatal chemotherapy might be more likely to develop complications, specifically small for gestational age and NICU admission, than babies not exposed. We therefore recommend involving hospitals with obstetric high-care units in the management of these patients.(1)

The long term consequences of (iatrogenic) prematurity should not be ignored. Cognitive development is not influenced by the administration of chemotherapy, but is strongly related to gestational age at birth.

Most series in all types of cancer are insufficiently large to draw solid conclusions. Since numbers are largest for breast cancer, the best evidence is derived for this tumortype. A large international study in 447 women and 865 controls did not find a worse prognosis regarding disease recurrence or overall survival in BCP patients after adjusting for age, stage, grade, (immuno)histology and treatment.(17) However, the subgroup of patients who received chemotherapy during pregnancy was too small to study the effect of chemodilution.

The International Network on Cancer, Infertility and Cancer (INCIP) acts under the umbrella of ESGO and aims to facilitate international collaboration in further studies of cancer in pregnancy. International registration of cases is possible through www.cancerinpregnancy.org.

CCBIO has a monthly research seminar where invited guests and international or national speakers focus on current research topics and updates. 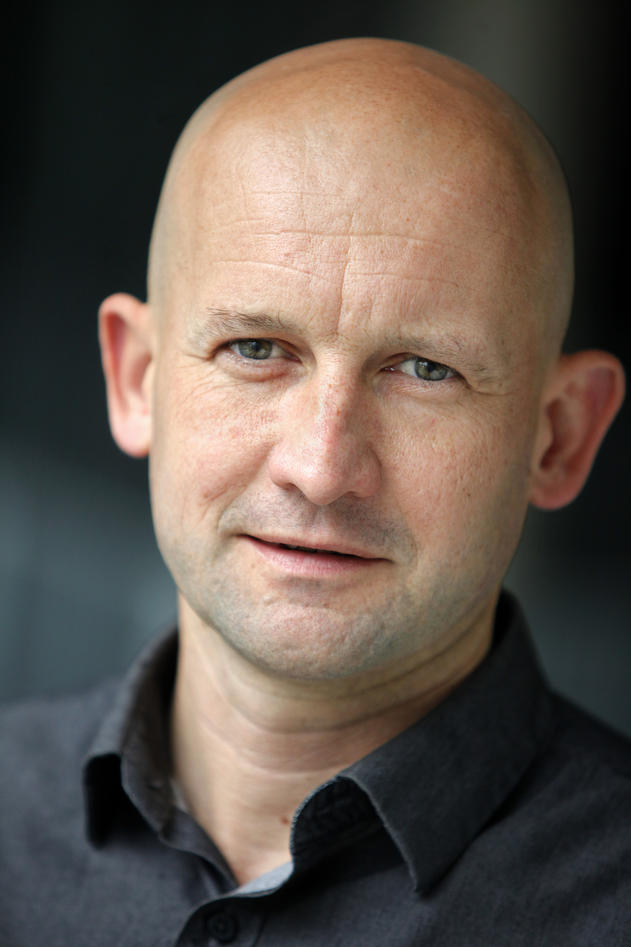