As a part of the CCBIO-Harvard INTPART collaboration, CCBIO PhD student Silje Kjølle and Medical Student Research Programme students Martha Rolland Jacobsen and Amalie Svanøe were given the opportunity to conduct summer internships at the Vascular Biology Program at Boston Children’s Hospital and Harvard Medical School. They have now returned from Boston, and has provided us with a great report from their stay.

As a part of the CCBIO-Harvard INTPART collaboration, we were lucky to be given the opportunity to conduct summer internships at the Vascular Biology Program. The Vascular Biology Program was founded by Dr. Judah Folkman, originator of the field of angiogenesis, and is today directed by Dr. Marsha A. Moses, with interdisciplinary approaches through 12 labs studying the roles of the vascular systems in physiological and pathological processes.

The Vascular Biology Program is situated in the Longwood Medical Area in Boston, and affiliated to Boston Children’s Hospital and Harvard Medical School. Longwood Medical Area is like a small “city” within the city of Boston, full of well-renowned hospitals and research institutions. This is where we spent most of our time, as we all had long days in the lab. Although the lab work was busy, some days we would take some extra time off for lunch and go outside to enjoy the warm summer weather. There were lots of take-away lunch shops, and we often took our lunch to the Quadrangle, a very nice little park in front of Harvard Medical School.

When joining the Vascular Biology Program, we were faced with a lot of new impressions and especially a new working environment. We are all used to the Haukeland University Hospital and the Pathology Department where our offices and labs are separate, and you choose what lab you go to depending on the work you plan to do. At the Karp Family Research Building everything was organized quite differently. Each floor had an office area for administration and the PIs and the rest was one large laboratory space with desks for postdocs, PhD students and interns. All the labs at the floor were in the same room, which was super social and amazing because you could easily borrow equipment, ask for advice or just chat with people from other groups. Being close to the office space allowed us to easily do writing and reading at the same time as following experiments tightly. There were one little downside though; coffee was not allowed at the desks, and had to be consumed in the designated food-and-coffee-area.

I spent my weeks at the laboratory of Dr. Marsha A. Moses, where I felt warmly welcomed by the whole group. During the weeks there, I took part in both journal clubs and lab meetings. It was very interesting and inspiring to be there as an intern, and to see how other researchers work. This is absolutely an experience to recommend to all young researchers!

I was assigned to follow graduate student Golnaz Morad in her daily activities. Morad works with exosomes secreted from breast cancer cells, and how they may contribute in the early development of brain metastases in breast cancer. The first days I started with shadowing her experiments, but as time passed I did an increasing amount of independent work. I also read and discussed articles to learn more about the exosome and miRNA field in relation to metastatic cancer. I was exposed to many laboratory techniques, and learnt a lot this way. It was also very satisfying to be able to read the suggested articles with a much greater understanding as the weeks went past.

During my stay at the Vascular Biology Program, I worked in Dr. Randolph Watnick’s lab, which focuses on the role of the tumor microenvironment in tumor growth and metastasis, as well as cancer stem cells that mediate tumor initiation and drug resistance. In the 8 weeks I worked in the lab, I was involved in one of the ongoing projects, on the Notch1 receptor and its ligands in maintaining stemness. The goal for me this summer was to investigate the role of the Jagged-1 ligand in non-canonical signaling, as Jagged-1 has previously been reported to be involved in stemness, and Notch1 non-canonical signaling has been found to be involved in tumor initiation.

In the lab, I was instructed by Dr. Lufei Sui, a postdoctoral fellow in the Watnick lab. The Notch1 project was one of two ongoing projects in the lab group. I was amazed by how many experiments she managed to have going in parallel, and I learned about many new techniques I previously had only heard about. Lab meetings were frequent, with presentations and discussions on results and new articles.

As the Notch pathway was new to me, I used some time to read up on this new field and on signaling pathway. 8 weeks is not much time to get into a new project, for neither background or experiment design. With late nights at the library (all of which were fantastic!) and long days in the lab with the new experimental approaches, I (apparently) contributed to the Notch project. The project was not directly linked to my PhD project, and working in detail with one specific pathway was very interesting and inspiring!

Martha - the Zetter and Rogers lab

I was lucky enough to join a collaboration project between Dr. Bruce Zetter and Dr. Michael Rogers. At the symposium at Solstrand this spring, Randy Watnick told me that Dr. Rogers was particularly talented when it came to methods and work in the laboratory, and that he would be able to teach me everything there was to know. Zetter on the other hand was more of a discussion guy, asking all the hard questions and making your brain hurt. And boy was he right! Dr. Rogers had two solutions for every problem I had, and was always there to show me how to fix things when I needed it. After the weekly meetings with Dr. Zetter however, my brain was hurting and I felt very conscious about my lack of knowledge/understanding, but somehow I was still happy and excited about all of it. So you could say that I got the best of both worlds in this combined project, and also actually the best from Scandinavia as well. It is common procedure in the labs that each summer an intern tag along with a postdoc or a PhD. I was invited to join postdoc Aram Ghalali, and it turned out that Aram had been living in Sweden since early teens and did all his education in Sweden at Karolinska! So we had a blast talking in a strange norwegian-swedish-english mixup, and somehow it made me feel quite at home. Aram is a brilliant scientist, but most importantly he is a great teacher and conversation partner, so working in the lab was never boring. He is doing work on the role of antizyme inhibitor in prostate cancer, which turned out to be a very exciting field of research that I definitely recommend to check out. The project allowed me to be trained in cell lab, bacterial culture, plasmid modification, protein purification and so much more. I would definitely describe the learning curve as quite steep. I never knew that you could make e.coli bacteria turn pink or green, or that you can actually use sound to break the cell membrane apart, but now I am very happy that I do!

Boston is a big city, but not at all in an overwhelming way. We enjoyed riding “Bluebikes”, public bicycles that are stationed all around the city, to explore the city and get around the main sites in an effective way. Boston has a lot to offer. Museums, farmers markets, art exhibitions, fancy libraries, food trucks, trying new food, exploring Cambridge and the Harvard main campus, baseball, and the harborwalk, to mention a few things. It took some time to realize that everyone says “hi, how are you” but really don’t care about the answer, and we had a good laugh seeing people freak out about the rain equivalent to a regular Tuesday in Bergen. The city also had an arboretum, which was a beautiful escape when the need for some quiet nature emerged after a few weeks in the city.

The celebration of the Independence Day in the US is very different from Norway. On the 3rd of July, we were invited to Dr. Rogers' house for a big barbeque, before moving on to the nearby high school where the whole neighborhood gathered to see the fireworks. On the 4th, we spent the day at the Charles River Esplanade. People were mostly dressed in clothing with the American flag, which were fun to see compared to the traditional Norwegian bunad. We arrived early to secure a good spot for the concert with the Boston Pops later in the evening. Several others shared that thought, but had apparently done this before, and brought chairs and big coolers prepared for a long camp out. The concert and fireworks were indeed spectacular. The US Independence Day really is a big celebration, and an amazing experience!

This stay abroad has really given us more than just laboratory experience. Overall, the stay in Boston was amazing! 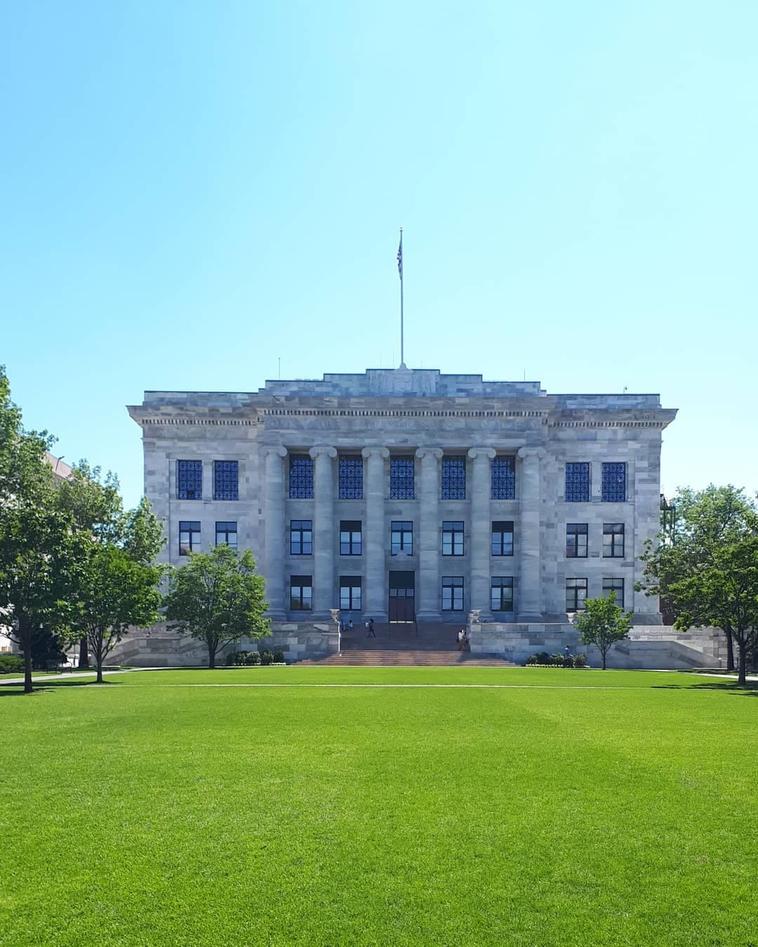 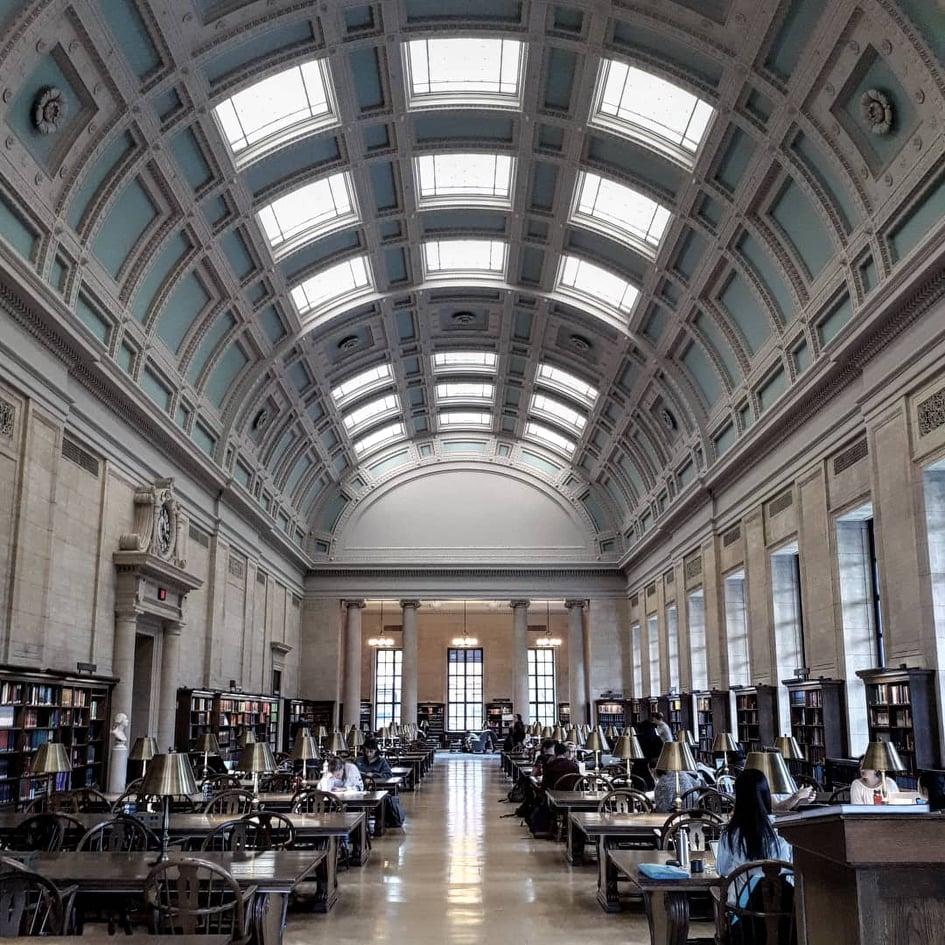 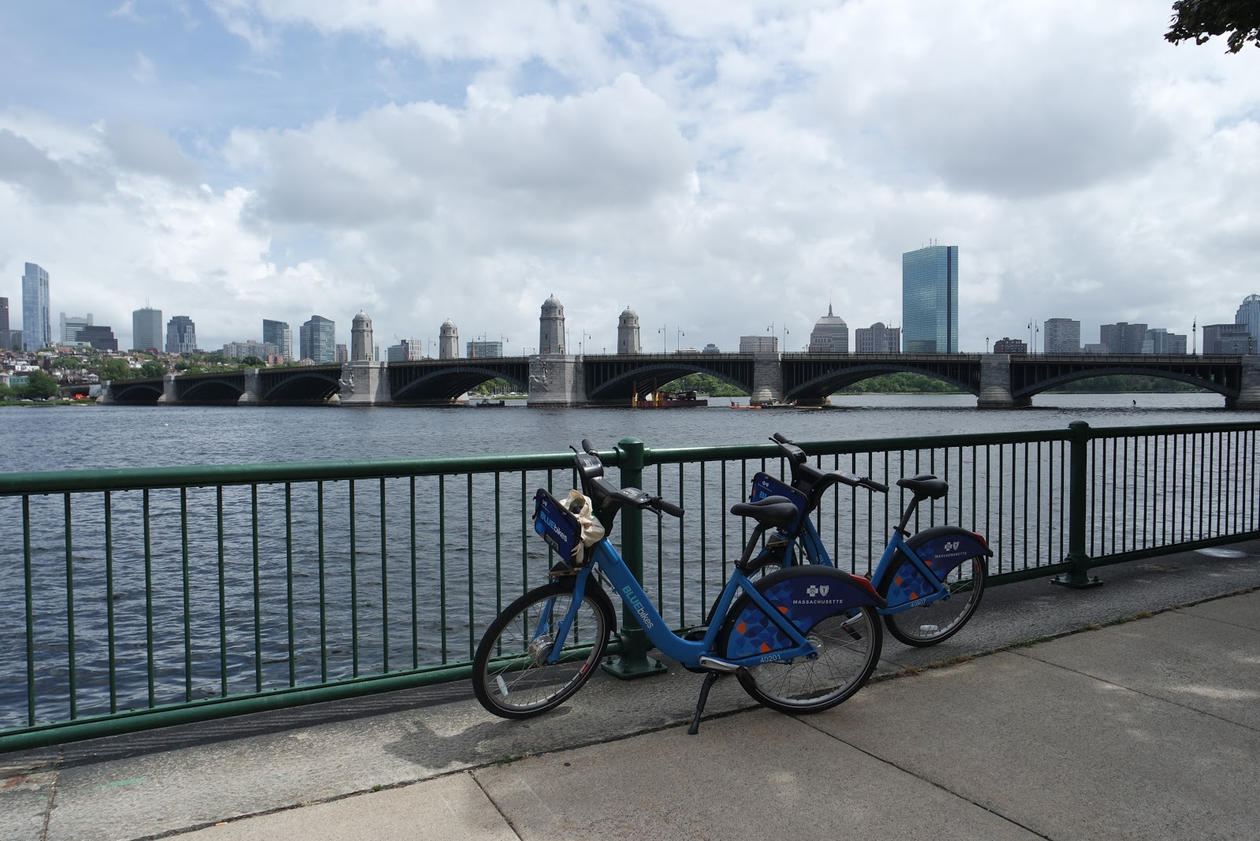 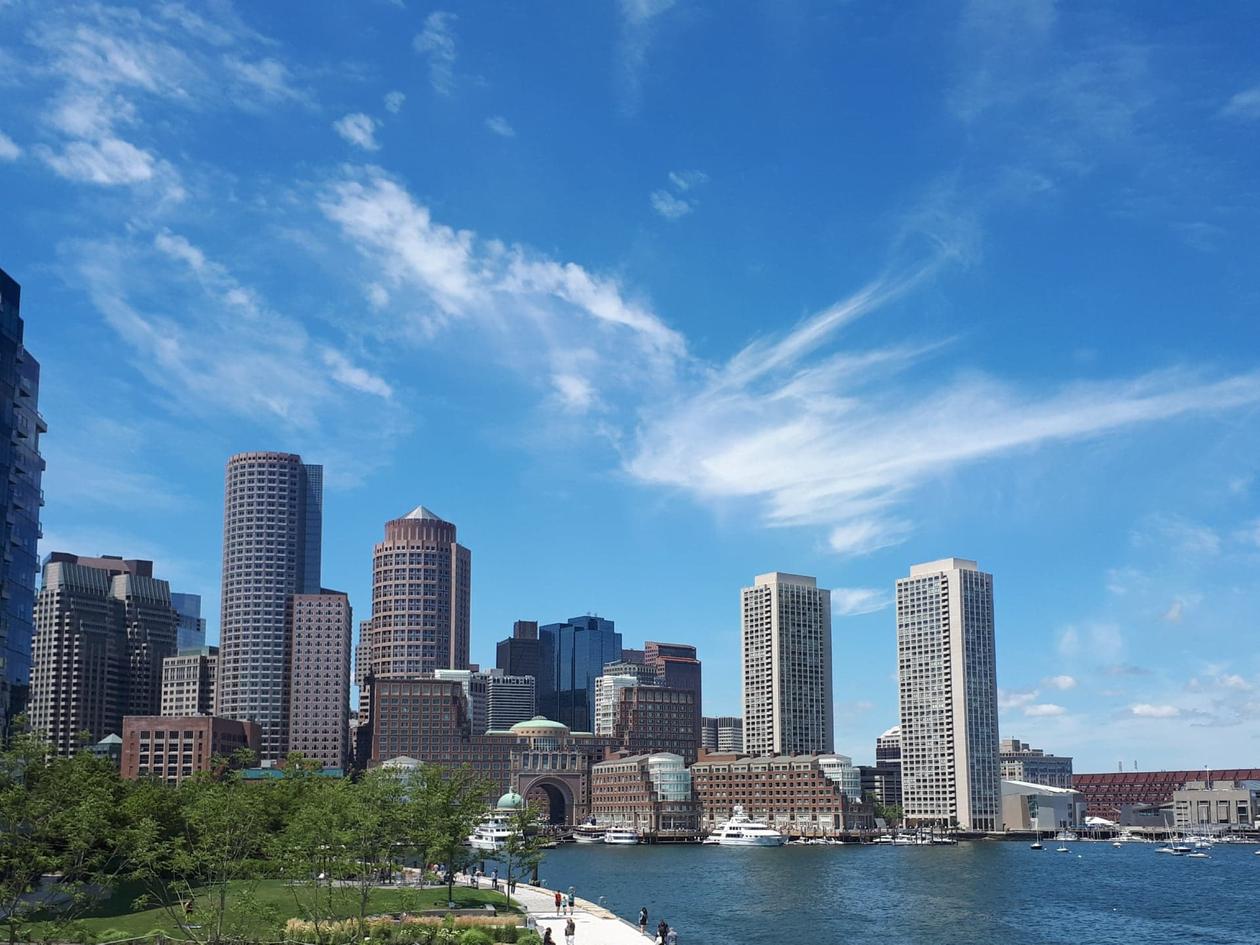 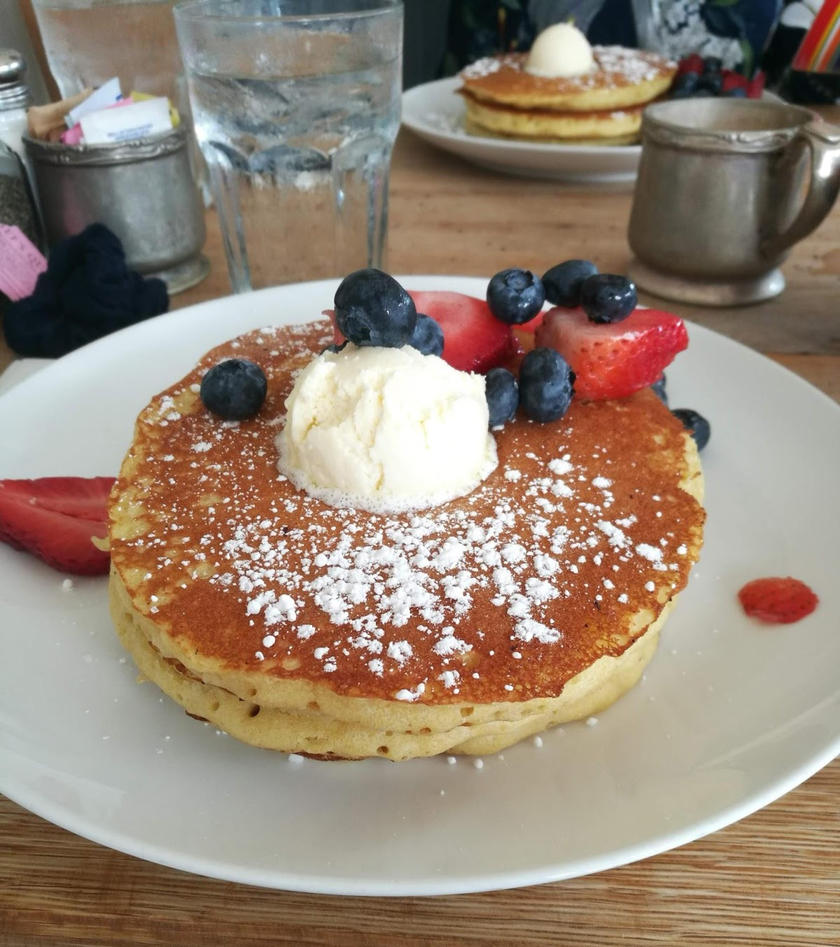 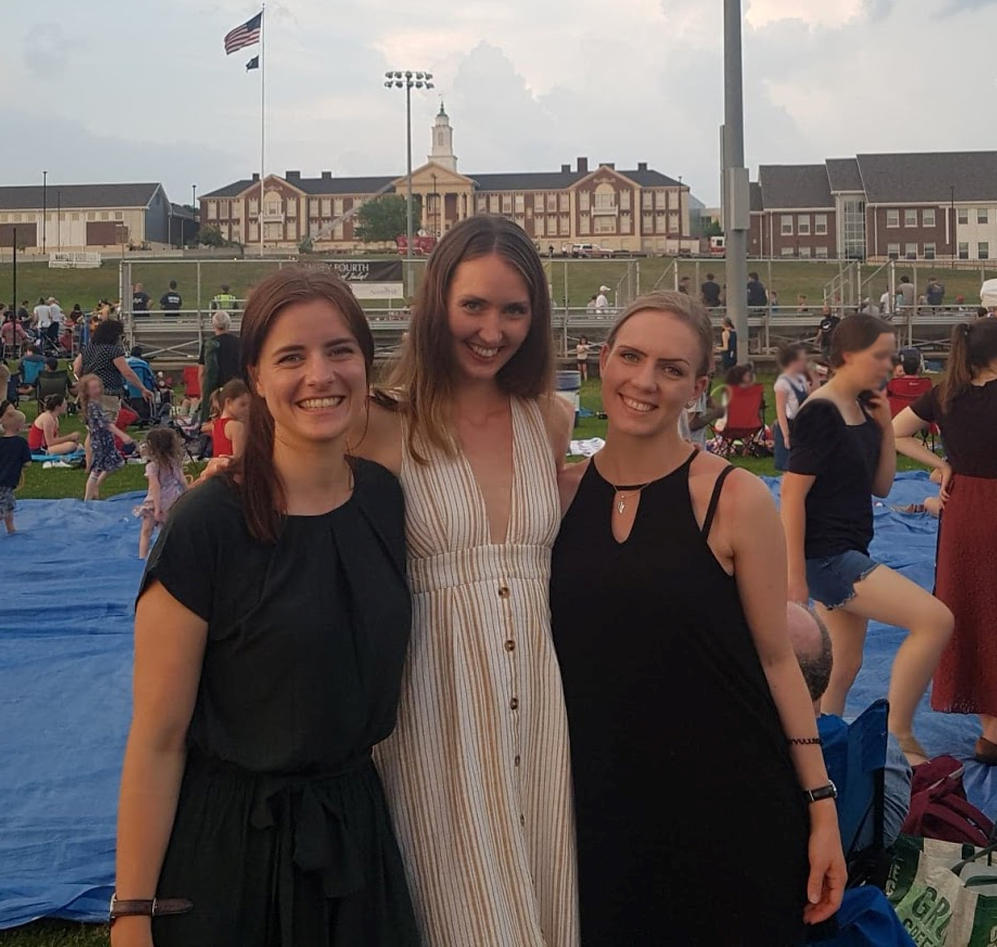 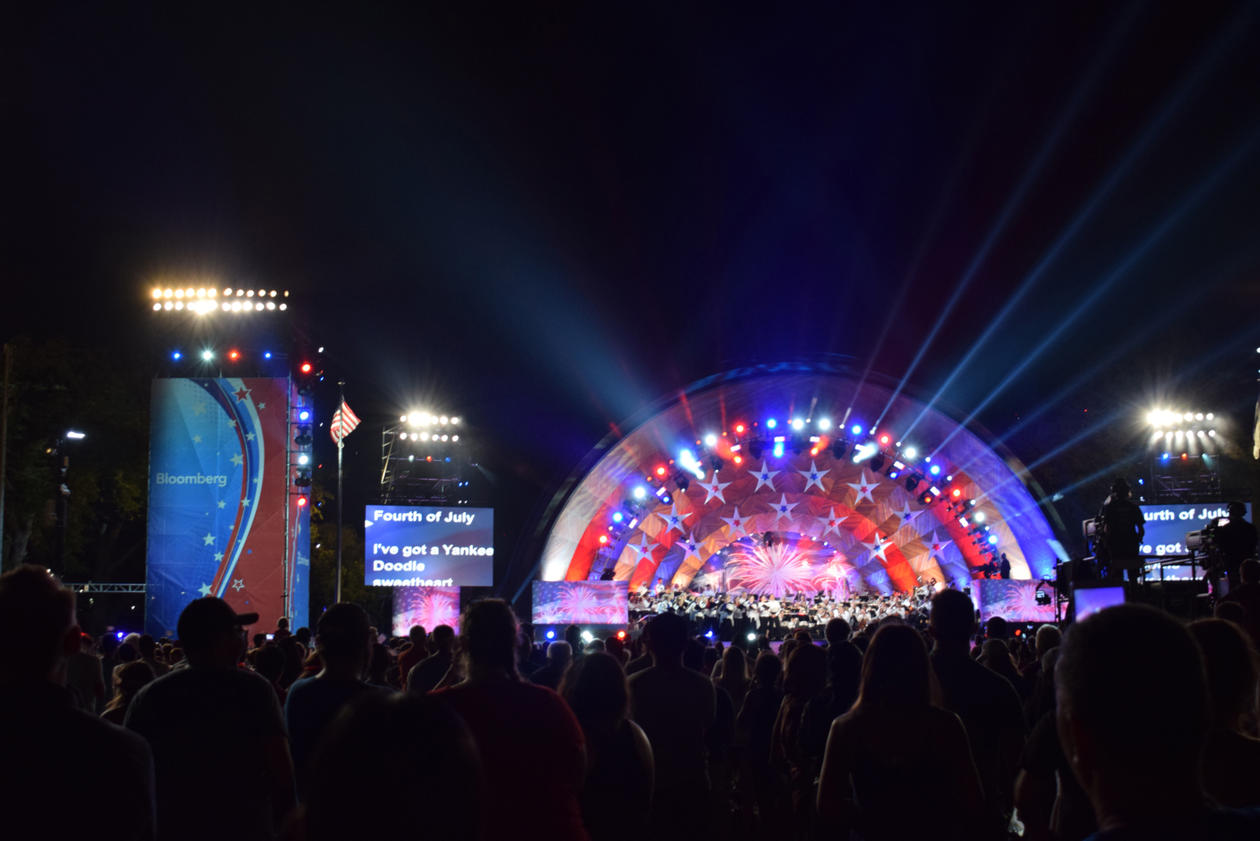