The secret behind the art of helping

THE SECRETS BEHIND GOOD CARE: This new book discusses how good care for sick patients is possible.
Photo:
Universitetet i Bergen

“The concept of dignity as used in the healthcare sector is often criticized for being vague and indistinct. The aim of this book is to make the concept clearer. We aim to discuss important factors that contribute to promote and preserve dignity of vulnerable human beings, says postdoctoral fellow Oscar Tranvåg at the Department of Global Public Health and Primary Care at the University of Bergen (UiB).

The book "Stories of Dignity within Healthcare, Research, narratives and theories," where Tranvåg is the first editor, presents a series of stories that illuminate dignity in care within the healthcare sector. Dignity in care for patients with dementia is investigated, so is dignity for the dying, dignity for cancer patients, and dignity for health care professionals themselves.

Furthermore the book shows how healthcare professionals through education can learn dignity-preserving care. The authors of the various chapters discuss the stories in light of recent research and theories of dignity.

Kierkegaard’s perspective of the art of helping

We asked the editor of the book what human dignity is.

“Søren Kierkegaard has a concept of the art of helping that illustrates this well. Kierkegaard says: “If One Is Truly to Succeed in Leading a Person to a Specific Place, One Must First and Foremost Take Care to Find Him Where He is and Begin There.” This is the secret in the entire art of helping,” says Tranvåg.

“I share Kierkegaard's vision. True care is only possible through finding the other “in the place” where he or she is. It is important that healthcare professionals not only understand the patient from their own perspective, but also from the patient’s perspective. New knowledge becomes available when seeking the patient's horizon.”

Oscar Tranvåg also stresses that for good care to be exercised the caregiver must also have enough time, but just as much is good care dependent on a fundamental attitude to the encounter with the patient.  Real life stories  Through stories from real life, the authors in the book show how dignity can be preserved in various care situations. To achieve a greater understanding of the stories, various theoretical perspectives on dignity are used in the analysis of them. The theoretical perspectives are rooted in nursing science, caring science and medical philosophy.

According to Tranvåg it is inevitable that illness and suffering challenge human dignity, and in the face of healthcare, patients and their families find that their dignity is violated. But it can also be cherished.

“Through the media, almost daily we get examples of people who feel violated. We also see that we as humans are very concerned about dignity. For example, we hear patients’ relatives say; “Mother has to sleep in the bathroom, this is unworthy“ or; “mother had a dignified death”, says Tranvåg.

Tranvåg notes the increasing attention related to the concept of dignity. It has long been a part of health education  – and practice, but has nevertheless been criticized for being vague.

“It appears for instance in various national plans and regulations. In 2011, a regulation on dignified care for older people was established in Norway, with a dignity guarantee. The regulation is based on the term dignity as the key point for the care that elderly will face. However, these regulations do not go into the depth of dignity – it is merely pointing at basic human needs, for instance that old age patients should have proper living arrangements, and should have a varied and adequate diet,” says Tranvåg.

He hopes that the new book will both be a contribution to the field of healthcare education, healthcare practice, and also influence politics.
“In Sweden and Finland there are large caring science traditions in exploring dignity and dignity in care, where especially Finnish-Swedish Katie Eriksson is a major contributor. In Norway caring science, and scientific research on dignity-preserving care is gaining impact.”

What constitutes dignity, is an old debate. Already in the 15th century the philosopher Giovanni Pico was concerned with dignity. In the 18th century Immanuel Kant contributed further to the understanding of dignity.

In modern times dignity got new and central attention after WW2 when the Declaration of Human Rights was formulated. Tranvåg believes that we need increased awareness and a more precise understanding of what dignity is.
“Your actions in the face of a human being are coloured by the attitudes you have. Whether your attitudes are conscious, or are hidden from you, it will be expressed through your actions. Your action will therefore never be left there alone – because your actions and your attitude is usually one and the same,” says Tranvåg.

Stories of Dignity within Healthcare: Research, narratives and theories 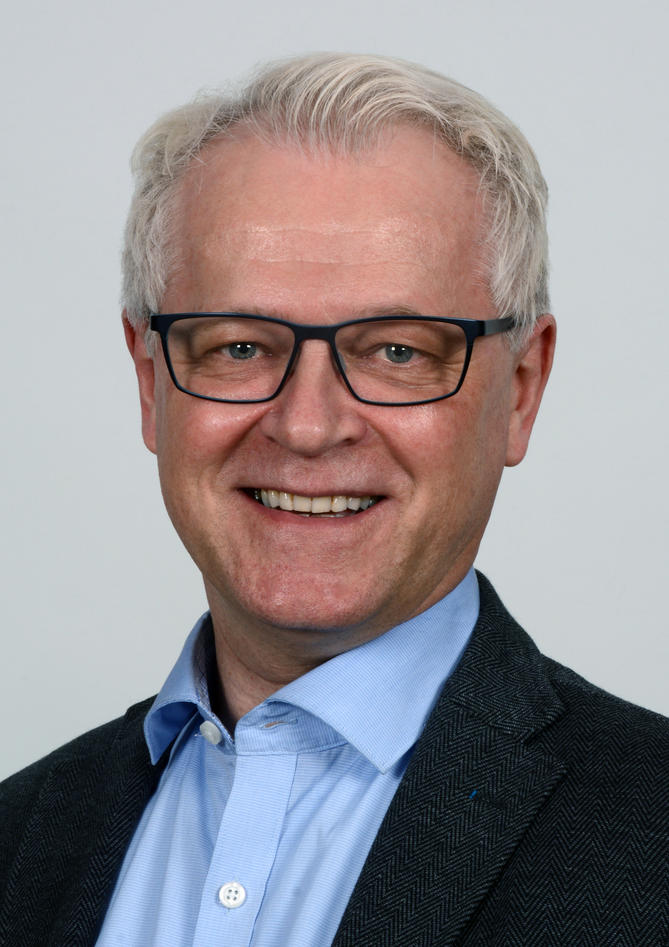 Post.doctoral Oscar Tranvåg is the first editor on a new book on dignity-preserving care.
Photo:
University of Bergen