In the first week of June, Professor Peter M. Haugan from the Geophysical Institute at the University of Bergen (UiB) was an active participant at the Ocean Conference at UN Headquarters in New York. As the chair of the Intergovernmental Oceanographic Commission of UNESCO (IOC), he played a major role in putting science centre stage as part of the UN's Sustainable Development Goals (SDG).

In the last half of June, he attended the IOC's own annual gathering in Paris and was re-elected as the organisation's chair for a second two-year period.

“It was good for us to meet so soon after the Ocean Conference to ensure that the measures we had agreed with other actors are implemented,” says Haugan about his work as a science diplomat on behalf of the world's oceans.

He is very satisfied after both the IOC sessions at the Ocean Conference in New York and the annual meeting in Paris.

“In New York we launched the world's first so-called Global Ocean Science Report, which provides an overview of the capacity and competence in ocean science around the world. We also launched a decade of ocean science for sustainable development, in which we aim to unite partners in the UN system, member countries, regional organisations and the private sector to contribute to the UN's sustainability goals,” says Haugan.

In Paris, there was a panel debate where the ocean science decade was developed further.

Over the past years, Haugan has noticed a rising interest for marine research among politicians, bureaucrats and the private sector.

He believes that the final report from the Ocean Conference is a promising document, which provides opportunities – not the least for academia.

“The document includes a “call for action”, where a text has been negotiated about what the member states can do. In addition, there are the voluntary commitments, which a number of countries and other actors have undertaken to do,” says Haugan, “this is similar to the 2016 Paris climate accord, which is not so legally binding for the countries, but the implementation of measures will be registered in the years leading up to 2030. The Ocean Conference report focuses on marine issues, compares who does what and will provide better results than if everybody implements their own uncoordinated measures.”

The researcher as diplomat

Even after being re-elected for a second two-year term as head of the IOC, he is modest about his own impact, but hopes his science diplomacy is also beneficial for UiB.

“This provides me, and indirectly UiB, with an international network in marine research and a knowledge of what is happening around the world. This way we are informed about the global marine issues we as researchers are set to answer. So I hope it is useful for UiB to be represented in forums such as the IOC,” he says.

He believes that science diplomacy is of increasing importance in a globalised world.

“It is important that there is an academic voice in the forums where important decisions are made and that we can gain the trust of decision-makers so that science can play an increasing part in decisions that affect our societies.”

UiB must be visibly present

Haugan has just finished an eight-year spell as a member of the UiB University Board. Does he have any suggestions as to how the university better can employ science diplomacy in its overall strategic work?

“It requires that the university is visibly present. I am convinced that if UiB had not designated marine research and education as a priority area and placed the responsibility with a marine director and a marine dean, we would not have found our way to New York in the successful way we did. UiB needs to be actively involved if we want to contribute in solving sustainability goals and engage in other societal issues,” says Peter M. Haugan.

Norway supports the IOC's decade of ocean science and was present both in New York and Paris with a strong delegation. In Paris there was also a reception and a side-event hosted by Norway with contributions from the Ministry of Education and Research and the Ministry of Trade, Industry and Fisheries along with national partners, including the Research Council of Norway, the Institute of Marine Research and the National Institute of Nutrition and Seafood Research (NIFES) in addition to UiB. 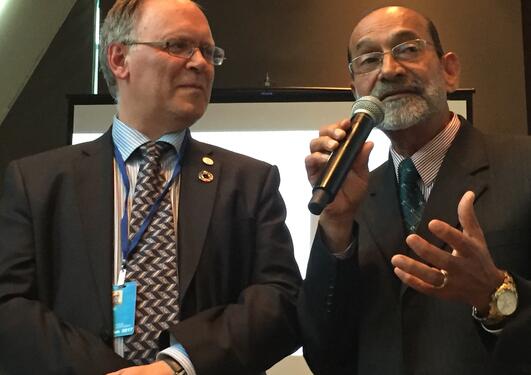 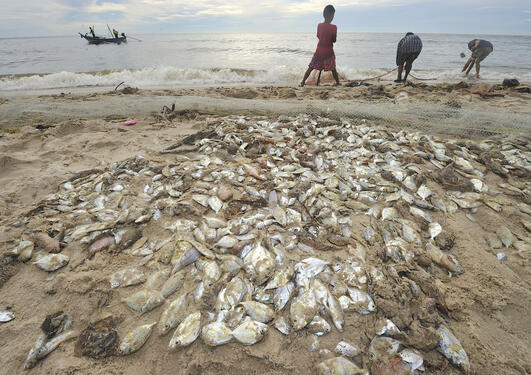 At the United Nations Ocean Conference in New York, the University of Bergen has committed to support a research and education project with South African partners. 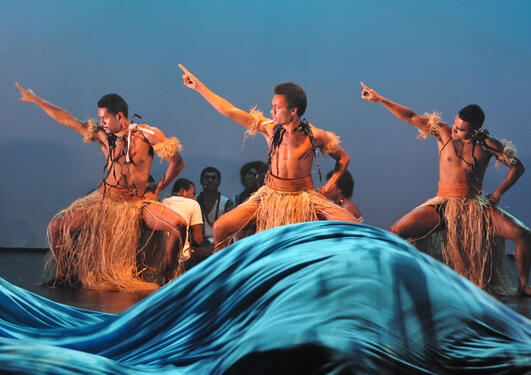