Earthquakes may occur due to human activities, thousands of metres below the Earth’s crust. A new centre at the University of Bergen will find out more about how the substratum has been deformed.

VISTA CENTRE: Mining and the injection of waste water in connection with petroleum and geothermal energy production are examples of activities that may create earthquakes or seismic activity. The VISTA Centre for modelling of coupled subsurface dynamics at UiB will develop mathematical and numerical models in order to find out more about how porous media can change form due to the injection of fluid and gas. (The image is an illustration.)
Photo:
Colourbox

Inga Berre is a professor at the Department of Mathematics at the University of Bergen (UiB) and will head the VISTA Centre for modelling of coupled subsurface dynamics (Vista CSD). The centre will open in January 2021, hosted by UiB. This comes after the research team was granted VISTA centre status, supported by the basic research programme VISTA that is funded by Equinor and implemented in close collaboration with the Norwegian Academy of Science and Letters. The centre will receive NOK 5 million per year over a period of five years. In addition, UiB and partners are contributing the same amount of funding.

The centre will develop mathematical and numerical models in order to find out more about how porous media can change form due to the injection of fluid and gas. A porous medium is material containing pores which can contain things such as water, oil and gas. When fluids flow through pores, the properties of the porous material may alter and cause deformations. In addition, the dynamics become even more complicated and interconnected if the medium is cracked or fractured.

In relation to deformations in the Earth’s crust, this knowledge can have many applications, such as in groundwater management, the production of hydrocarbon and geothermal energy, underground energy storage, CO2 storage or underground disposal of waste water. In addition, porous media can be found almost everywhere. One example of this is the human body.

“This is knowledge that can also be used to understand how blood cells and fluid move around the body and interact with surrounding matter”, says Professor Ole M. Sejersted, Chair of the VISTA board.

Inga Berre will head the VISTA Centre for modelling of coupled subsurface dynamics at the University of Bergen.

Learning more about the causes of earthquakes

Mining and the injection of waste water in connection with petroleum and geothermal energy production are examples of activities that may create earthquakes or seismic activity.

For example, it is very likely that a high increase in seismic activity in Oklahoma has been caused by human activity. An article published in Science in 2018 pointed out that this was due to waste water being injected into the ground. The production of geothermal energy can also create earthquakes, an example of which occurred in South Korea in 2017.

Another type of deformation that can have serious consequences is the raising and lowering of the ground’s surface and sinkholes. Sinkholes can occur when large underground cavities are created and the surface collapses into the hole. These types of sinkholes can occur during the utilisation of groundwater, the injection of fluids or the extraction hydrocarbon. For example, researchers believe that this has occurred in Texas.

By using mathematical and numerical modelling and data analysis, Vista CSD aims to find out more about how the injection of fluids can create displacements and deformations in the form of fractures that may result in earthquakes.

“We won’t be able to predict man-made earthquakes exactly, but we will gain more knowledge about the risk of them occurring, and we can learn more about how to reduce this risk”, says Berre.

The modelling will be combined with seismic data analysis, enabling one to find the most important factors that create deformations.

“We will investigate deformations in the Earth’s crust that are man-made. These types of deformations are not always negative, and are sometimes created intentionally. The risk is that one creates large deformations which in turn can have serious consequences”, says Berre.

There is a great worldwide requirement for more knowledge about underground deformations. This will help to utilise important water and energy resources in the best possible way and to avoid potentially catastrophic consequences.

The centre’s headquarters will be located in Bergen at the Faculty of Mathematics and Natural Sciences.

Extensive international collaboration is planned, involving researchers from Stanford University and MIT in the United States, the Technical University of Munich and the University of Stuttgart in Germany and Delft University of Technology in the Netherlands. In addition, several industry partners from Norway and abroad that work within the fields of petroleum, geothermal energy and groundwater will collaborate with the centre.

Through ‘The VISTA CSD Researcher Training Programme’, the centre will provide researchers who are in the early stages of their careers with the opportunity to learn and collaborate in a large international network.

The centre was one of just two centres to receive VISTA status. The expert panel assessed it as being “an exceptional project”.

VISTA is a basic research programme funded by Equinor and implemented in close collaboration with the Norwegian Academy of Science and Letters.

The primary vision of the scheme is to stimulate increased mathematical and scientific research related to the utilisation and management of the nation’s petroleum resources. Other objectives are to: 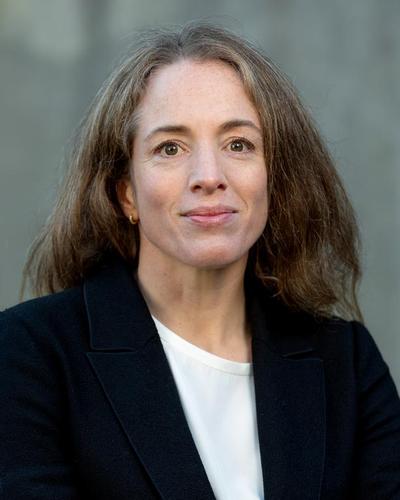