Once again, the University of Bergen is ranked among the top ten oceanography universities in the world.

MARINE EXCELLENCE: The UiB is ranked as one of the top ten oceanographic universities in the world in a new ranking.
Photo:
Emil Jeansson, NORCE

70 per cent of our globe is covered with water. To understand our planet, we need to understand the ocean.

Oceanography, or the University of Bergen's (UiB) marine research is of world class. For the last four years, the Shanghai Ranking’s Global Ranking of Academic Subjects has confirmed this by placing the university in the top ten world wide.

This goes for 2021 as well, with a  tenth place for UiB. The 2021 ranking places University of Washington, University of California, San Diego and the  University of Sorbonne in the top three, all of them established science partners of UiB. UiB is one of three European universities in the top ten.

Tor Eldevik is Head of Department at UiB's Geophysical Institute, which offers both research and education on oceanography.

He is enthusiastic about the good ranking, but not in the least surprised.

"We already know that UiB is world class in the marine field, independently of these rankings and what they actually measure. But my hope is that the ranking will play a part in strengthening our position globally, regarding resarch, eduation and scientific advice concerning the ocean," Eldevik says.

This includes the management of the UN's goals for sustainable development, applying both expertise and more socially oriented knowledge, according to the Head of Department.

In October 2018, the University of Bergen was appointed official Hub for SDG 14: Life below water by the United Nations Academic Impact (UNAI).

In August 2021 the world cruise One Ocean Expedition begins, and UiB students will join for a research cruise in the Caribbean and the Pacific Ocean.

Like Eldevik, Margareth Hagen, Rector of UiB, is not surprised by the ranking.

"UiB is ranked top ten for the fourth year running. This proves that there are good reasons that we speak of our marine research environments as world leading," says the Rector.

Bergen is the ocean capital of Norway, and UiB has made the marine field one of its main priority areas, with researchers from all disciplines working together to know more about the ocean.

"The ocean is an important part of our history and identity here. We are situated in the Ocean City of Bergen and the University's research environments have naturally developed solid expertise on the ocean. This knowledge is unique. The ocean will play a more and more important role for the world, making our strategic efforts regarding marine research even more important," Hagen say.

The UN has declared 2021 to 2030 as the Decade of Ocean Science for Sustainable Development, making us more suited to take care of our ocean sustainably through research. Supported through the European Union, UiB is to recruit more than 40 new researchers through the project SEAS.

Eldevik agrees with the Rector on Bergen's close connection to the ocean.

"Bergen and Norway lives because og and by the ocean. This means that even in a small city and a small nation, one was quick to establish world class ocean research, for more than a hundred years ago, in order to manage these resources," he says.

These efforts planted the forst seed of both the Geophysical Department as well as the Norwegian Institute of Marine Research, Eldevik points out. Later on, modern weather forecasting was instroduced by Vilhelm Bjerknes and the Bergen School of Meteorology.

"UiB has tended oceanography well ever since, with good access to research vessels, observational data and tools for modelling, as well as excellent staff and students," Eldevik says.

Climate change makes ocean knowledge even more vital, The same goes for sustainably managing the ocean, according to the Heead of Department.

On World Ocean Day, a new report on the Atlantic Ocean's role in Europe was launched. Eldevik has been leader of the international panel of experts behind the report.

He views collaborations with the Institute of Marine Research, the Nansen Centre and NORCE through the Bjerknes Centre for Climate Research as one of the keys for UiB's sucesses in the marine field today.

"At the same time, oceanography is fundamentally internationa in its nature, and working with international colleagues and students has been and remains extensive. There is also a flourishing and knowledge based industry and commerce here in the western part of Norway, which we ought to work with even more," Eldevik finishes. 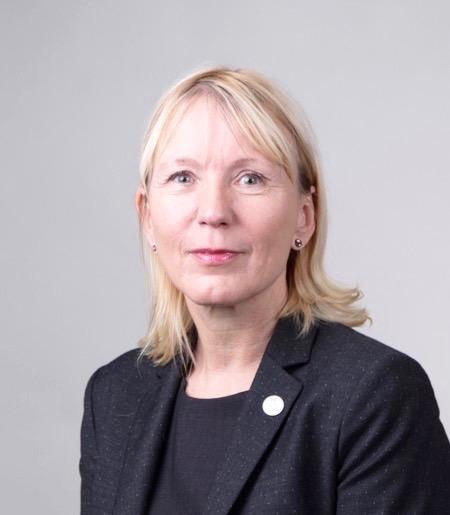 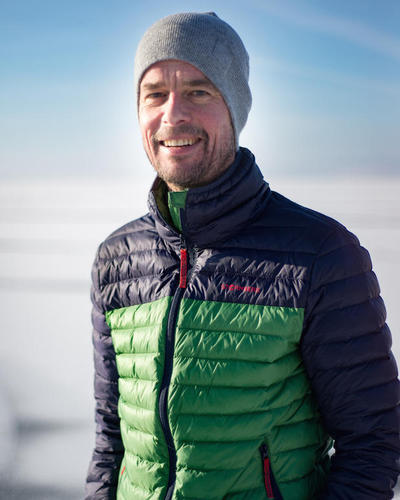