Skip to main content
News
MAN AND THE BIOSPHERE

2021 saw the 50th anniversary of UNESCO’s visionary Man and Biosphere programme, which brought attention to the importance of biodiversity long before the Sustainable Development Goals put it on policy makers’ agenda. We spoke with UNESCO Chair Inger Elisabeth Måren at the University of Bergen about the programme’s importance.

COASTAL ZONE: Profile of Nordhordland UNESCO Biosphere Area from the open ocean to the west and to the mountains in the east.
Photo:
Kjersti Isdal

In 2021 biodiversity found its way into the public debate on a grand scale, which has been reflected in the growing interest in the UN’s Intergovernmental Science-Policy Platform on Biodiversity and Ecosystem Services (IPBES).

The year also saw yet another gloomy report issued by the UN’s Intergovernmental Panel on Climate Change (IPCC) and a political tug of war at the high-level COP26 meeting in Glasgow. More encouraging was the public debate weaving biodiversity into the climate change discourse.

“For those of us who have been concerned with this for a number of years, it is encouraging to see that a more holistic thinking is increasingly finding its way both into the public discourse and becoming part of political processes and decisions,” she says.

This year also saw the 50th anniversary of UNESCO’s Man and Biosphere (MAB) programme, which aims to improve relations between humans and nature. Long before the Sustainable Development Goals (SDGs) there were visionaries actively working to put biodiversity and ecosystem management on the agenda.

“In June, UiB’s UNESCO Chair team arranged a webinar to mark the 50th anniversary. Our focus was on the contribution of science and research to the MAB programme on a global scale. Today, there are 727 biosphere reserves in 131 countries that combined cover 6 per cent of Earth's surface. Not the least, we were pleased that the head of the scientific part of the MAB programme, Meriem Bouamrane, participated. She is also the UNESCO Chair point of contact with UNESCO,” says Måren.

“In the opening speech she spoke warmly about the MAB programme’s opportunities. At its start 50 years ago, the programme was extremely visionary and working with social-ecological systems in a holistic way, which is now higher on the public agenda. One of the core values of the programme is to use biosphere reserves to test interdisciplinary approaches to understand and manage change and interactions between social and ecological systems, including conflict prevention and biodiversity conservation.

Måren and postdoctoral fellow Alicia May Donnellan Barraclough have spent the past year sharing knowledge on MAB in particular and biodiversity in general.

“Both at our own webinar in June and during the rest of the year, we have been concerned with showing how science has contributed to the MAB programme,” says UiB's UNESCO Chair, who points out that UiB researchers have been actively marking 50 years of MAB both on the national level and internationally, such as this major UNESCO event where Barraclough spoke.

Although the MAB programme isn’t particularly well known in Norway or internationally, Måren believes it’s been a key pioneering programme towards new ways of thinking and inspiring many environmental activities and the development of the SDGs.

Also read this article, where Professor Vigdis Vandvik, Barraclough and Måren from the Centre for Sustainable Area Management (CeSAM) at UiB provide policymakers with seven research-based pieces of advice.

In March 2021 the University of Bergen joined the global United for Biodiversity coalition, initiated by the EU Commission. The coalition was established to put pressure on policymakers in the run-up to the high-level COP15 meeting, where the convention for biological diversity is discussed.

“Our scientists and an administrative support unit have long worked towards the UN system, providing scientific advice on topics ranging from marine biodiversity beyond national jurisdiction to guidance on how science can play an integral part in the voluntary national reviews provided as part of the 2030 Agenda,” said Rector Margareth Hagen when UiB became member of the coalition on World Wildlife Day.

UiB became the first Norwegian institution and the first university in the world to join United for Biodiversity. This has since inspired other universities to join the coalition.

Later in March, Postdoctoral Fellow Barraclough was appointed one of five global young spokespeople for the MAB programme, showing how UiB over the year has been active both on a high-level and through bottom-up initiatives from researchers.

“When Meriem Bouamrane spoke at our MAB webinar in June, she emphasised UNESCO’s wish to get more young voices into its processes. Barraclough will be an important voice in future policy making and research towards biodiversity and biocultural diversity,” says Måren.

COP15 was supposed to take place in autumn 2020 in Kunming, China, but due to the ongoing COVID-19 pandemic the high-level meeting has been postponed several times. In autumn 2021 the first part of the meeting took place before the final meeting is scheduled in April-May 2022.

“Biodiversity is closely linked to the 2030 Agenda and the SDGs, in particular the biosphere SDGs; 6, 13, 14 and 15. The whole 2030 Agenda depends on us being able to resolve the climate and nature crisis, as nature is the basis for everything. The intention with the biosphere reserves is that they can function as model or test areas for the SDGs all over the globe, including biodiversity conservation. This is one important issue to get a clear agreement on at COP15,” says Inger Elisabeth Måren.

In conjunction with part 1 of COP15 Måren, Barraclough and colleagues from partner universities on three continents published a comment in Nature.

The influence on biosphere stewardship

“In our comment we point to the MAB programme’s influence on biodiversity and biosphere stewardship,” Måren explains.

“This turned out to be perfect timing since the comment was published the same week as the COP meeting and a meeting between the International Union for Conservation of Nature (IUCN) and the United Nations Educational, Scientific and Cultural Organization (UNESCO). This type of communication can be of great importance, and we were very pleased to get this out. We’ve been told that the comment created quite a discussion between IUCN and UNESCO.”

She adds that all this work on biodiversity and the environment is also an important contribution from UiB towards scientific advice and science diplomacy. 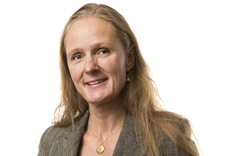 Inger Elisabeth Måren is UNESCO Chair at the University of Bergen.
Photo:
UiB 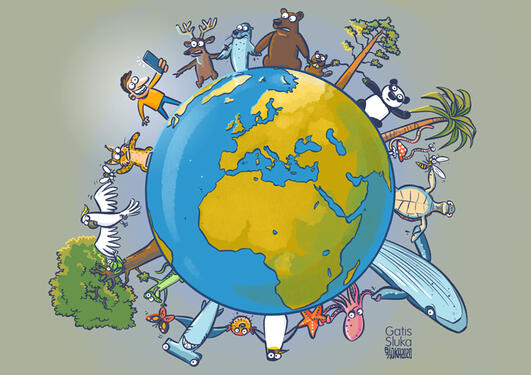 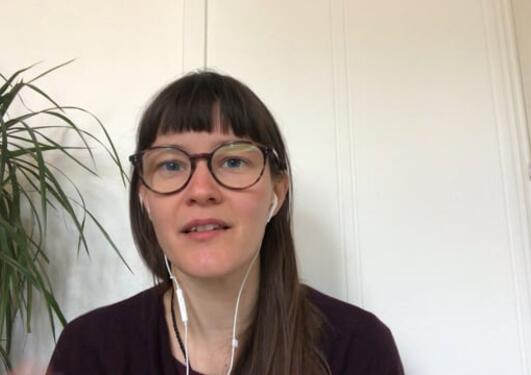 UNESCO has announced Postdoctoral fellow Alicia May Donnellan Barraclough as one of five global Young Spokespeople for its Man and Biosphere programme.