Space scientist Karl Magnus Laundal plays a key role in several international projects on how the Earth is connected to space. Among other things, the research can lead to a better understanding of the northern lights and phenomena that affect satellites and technology on the Earth’s surface.

The Sun is heading into a cycle involving more activity, creating interesting events to study for space researchers such as Karl Magnus Laundal. Here we see the northern lights from The international space station (Photo: NASA).
Photo:
NASA/UiB

“The thing that interests me most in this work is that there are fundamental aspects we don’t understand. In my opinion, the biggest unresolved questions are about how the Earth’s atmosphere is connected to space”, says group leader at the Birkeland Centre for Space Science at The University of Bergen, Karl Magnus Laundal.

“Briefly explained, my research deals with how the Earth and the Sun are connected on a large scale, and how asymmetries between north and south in the near-Earth space arise”, Laundal says.

Laundal completed his PhD in space physics at UiB in 2010, where he researched why the northern lights and the southern lights are not symmetrical. After completing his PhD, he worked for a few years with industrial contract research in Kristiansand. When the Birkeland Centre for Space Science received Norwegian Centre of Excellence (SFF) status in 2013, he moved back to Bergen, where he once again had the opportunity to work on the topic from his PhD.

He describes the research as basic research, but with possible applications for society.

“It is about understanding ‘space weather’, which affects satellites orbiting the Earth through radiation and changes in air resistance. These can also have a reduced lifespan when there is a lot of activity. Another space weather phenomenon is magnetic disturbances on the ground, which can lead to power cuts over large areas”, he says.

A couple of years ago, the Sun began to move into a cycle involving more activity which resulted in more ‘extreme weather’ in space. This high level of activity is visible to most people through more northern lights. For Laundal and the research team, the increased activity is not that significant, as they are researching the same phenomena regardless of whether the activity is high or low.

“But we get more interesting events to study when there is a lot of activity, so that's exciting”, he says.

In recent years, Laundal has played key roles in several major space projects, including collaboration with NASA. An ongoing example is NASA’s ‘EZIE Mission’, where Laundal is a co-investigator and team leader.

EZIE stands for Electrojet Zeeman Imaging Explorer, and consists of three identical satellites that are to be launched in 2024. The project, which has a budget of around $53.3 million, will measure electrodynamic currents in the ionosphere – the innermost part of space – in a completely new way.

“I am responsible for the Imaging part of the project, and the group I lead is developing an algorithm that will produce maps of electrodynamic currents from raw data”, explains the space scientist, who was also involved in the application process to get the satellites funded, in fierce competition with many other satellite ideas.

Laundal and his team have developed a technique called Local Mapping of Polar Ionospheric Electrodynamics, or ‘LOMPE’.

“This allows us to compile many different types of measurements and produce a complete map of things such as electric currents, magnetic fields, and plasma winds in the ionosphere. The technique is the result of several years of research, and many in my group in Bergen have been involved in the development”, says Laundal, who published a scientific article about the revolutionary technique earlier this year.

A third major international project Laundal is involved in is called EISCAT3D, which is a large radar being built at three different locations in Northern Norway, Sweden and Finland. It is one of the largest ever investments in research infrastructure in Norway.

“The radar will be able to make 3D measurements of the ionosphere, based on simultaneous observations from the three different locations. We are working on creating ‘3D maps’ of electrical currents based on the EISCAT3D measurements, and I lead an international team that, among other things, is working on this”, Laundal explains.

The activity in space around us could potentially have major consequences for things such as satellites and the power grid on Earth. Laundal therefore believes that filling knowledge gaps about these fundamental phenomena is an important task.

“I believe that we need more knowledge about how the Earth’s neutral atmosphere is connected to the plasma — which is a gas consisting of electrically charged particles — in the surrounding space. This connection is not understood. It also means that we don’t understand the physics behind much of the dynamics we see in the northern lights. To understand this, we require both new models and new measurements”, says Laundal, who has now submitted an application to the European Research Council (ERC) for a project that is precisely about understanding the connection between the atmosphere and space.

Laundal heads the largest group at the Birkeland Centre for Space Science called ‘Dynamics of the Asymmetric Geospace’. In Bergen, the group consists of 11 people, in addition to members from UNIS on Svalbard, and three others in 20 % positions.

Laundal in 2019 was awarded a Starting Grant from Trond Mohn foundation, for the project What shapes space?

During the same year, he was also awarded a Researcher Project from the Research Council of Norway, for the project Ionospheric Impact Response Analysis by Regional Information Integration. 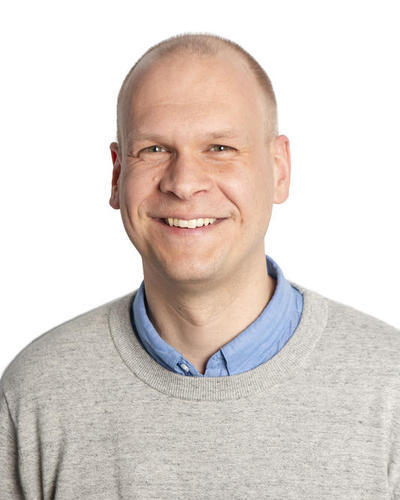 Karl Magnus Laundal at the Birkeland Centre for Space Science at the University of Bergen is involved in numerous international research projects.
Photo:
UiB