There has not been added a translated version of this content. You can either try searching or go to the "area" home page to see if you can find the information there
MASTER'S THESIS

"Sometimes it feels like life is going on without me": An ethnographic study of violence, power, and migration in a Mexican border town

In this thesis I seek to understand how migrants—both migrants from Mexico, Central-American countries and migrants deported from the United States— experience their stay in Mexicali- a city at the border between Mexico and the United States. I will examine how the political, physical and social liminality of being in transit shapes the way migrants become vulnerable to violence and corruption. Many of the migrants I met at the different shelters for migrants, had either just arrived in Mexicali from other Mexican border towns, other parts of Mexico or from Central-America or been deported from the Unites States. I argue that the migrants I met were on a constant journey, traveling from place to place in Mexicali and other border towns in Mexico, trying to find a way to cross the border back, or waiting for the time to pass until they could legally cross the border back to the United States.

I argue that transit migration are spaces where global processes are being played out at a local level, and also impacting local communities. In this thesis I will focus on the political and social dimensions of transit spaces, and I argue that migration is not only a term to define a flow of movement between countries, but it is also an embodied experience of movement in place and space. I argue that ethnographic attention to the areas of inequalities, uncertainty, violence, and the future hopes the migrants have in transit, offer a lens through which to understand the social effects of historical and contemporary processes of structural violence and displacement in Mexico. I will in this thesis show how violence and discrimination against migrants is connected to larger processes that somehow weakens the possibility of people to live in their home communities. Securitization, militarization, neoliberal governance, and the recent intensity of drug and human smuggling are factors that trigger migration, and creating the conditions for violence to continue to flourish. In this thesis I therefore use ethnography as a lens to understand the social effects of historical and present-day processes of economic reestablishment and social displacement as people migrate at the borderlands between Mexico and the United States. 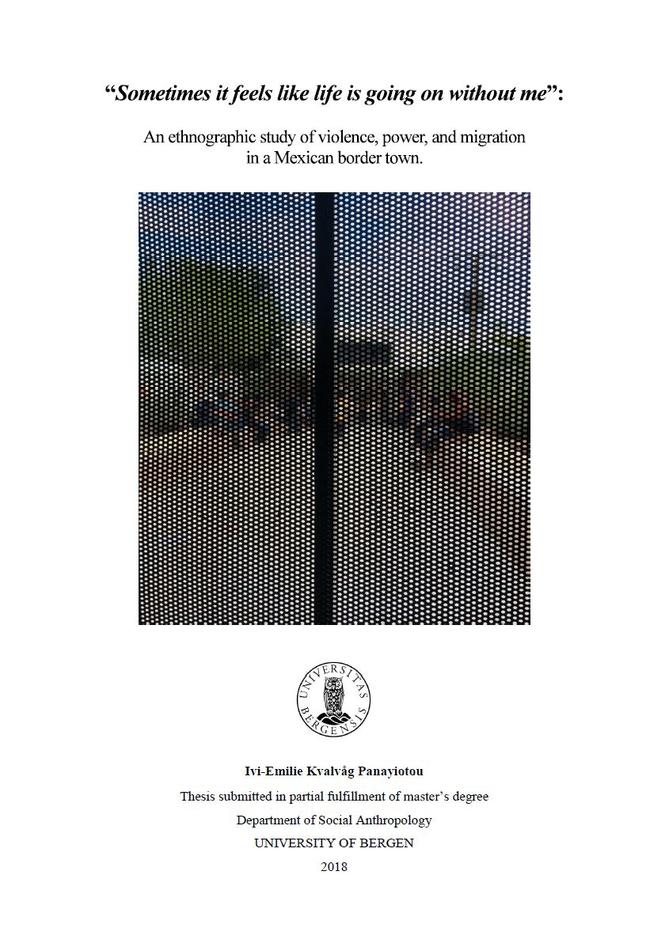