The Norwegian Atlantic Current (NwAC) through the Norwegian Sea is a poleward extension of the Gulf Stream and serves as a conduit of warm and saline water from the North Atlantic to the Arctic Ocean. A change of this transport may cause dramatic climatic-related changes, such as reduction of the Arctic sea ice cover and ecological disruptions. Quantifying and understanding the variability of the transport within and between these regions is thus important for our understanding of the climate system, both in Northern Europe and the Arctic. The Svinøy section (SS) cuts through the entire Atlantic inflow just to the north of the Scotland-Iceland Ridge and is as such a suitable place to undertake a comprehensive monitoring of the NwAC, as up-stream reference for the Arctic Ocean.

Current measurements in the eastern branch of the NwAC were initiated in 1995 at the SS, to date resulting in a unique 17 year time series of volume and heat fluxes based on an array of moored conventional current meters (figure 2). The applicability of the SS as a prediction area of downstream events has been demonstrated concerning the warming of the Arctic as well as the minimum ice cover in 2006 that coincided with an extreme heat inflow in the SS.

Through the NACO-project the Svinøy section is now upgraded to a real-time monitoring programme. The NACO-buoy monitors the eastern branch of the NwAC, transmitting real time hourly observations of currents through the entire water column, wind and surface waves. The NACO-buoy consists of a bottom moored LR-ADCP transmitting data to a WaveScan surface buy recording surface waves, temperature and wind. Then the data is transmitted over satellite to a base station in real time, and being available on the web-site. 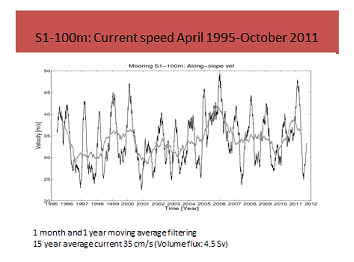 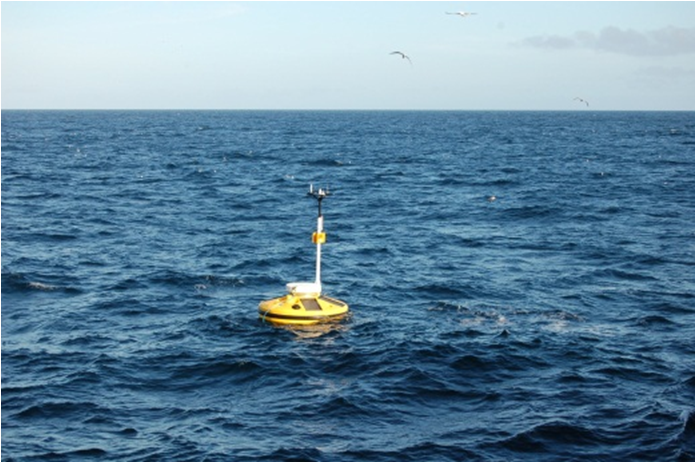