A seaglider is an autonomous operating vehicle, diving down to about 1000m. It propels by changing buoyancy and has no external moving parts. The Seaglider can be equipped with a range of different sensors as Seabird CTD sensor and oxygen sensor, WetLabs optical backscatter and chlorophyll fluorometer, etc.  It also has ability to estimate the average current during a dive, from its hydrodynamic model. A typical dive goes to 1000m depth, covers a horizontal distance of, say, three to seven kilometres (depending on the ambient currents), and surfaces after seven to eight hours. Then it receives its GPS position, and contacts the base station through the Iridium satellite phone system for data communication. The operation and “flight control” of our gliders is a research task performed by a team of scientists and engineers at our Institute, and the transects are available on this web-site.

Recent studies have revealed the Lofoten basin as a crucial area for water transformation and heat loss toward the Arctic e.g. through eddies. It is still not understood how and why the Lofoten Basin fills up with Atlantic water. Accordingly a substantial part of the Svinøy Section transport does not follow the continental slope northward, but is lost in dynamic eddy activity, especially off Lofoten-Vesterålen. The dynamic eddy activity also adds to the heat loss of the NwAC, and thus affects the flux of volume, heat, carbon, biological matter and pollution into the Arctic. 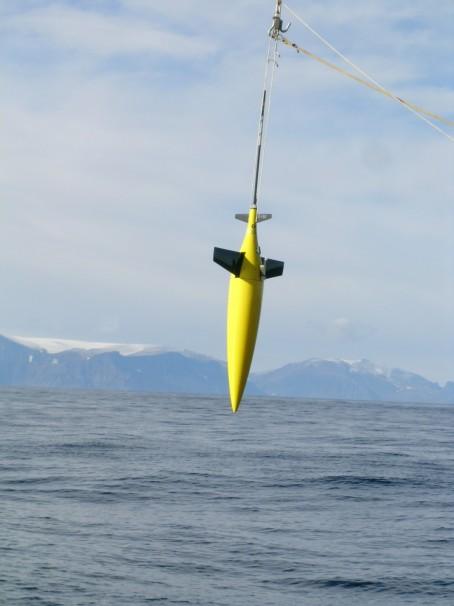 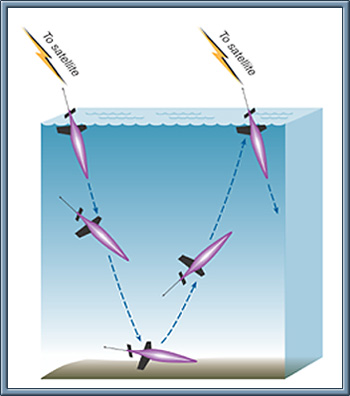