An international team of archaeologists, led by a UiB scientist, has identified the oldest bone tools from southern Africa. The tools are 60,000 to 80,000 years old and were likely used for debarking trees and to dig into the ground.

80 000 YEAR BONE TOOLS: From left to right: experimental debarking in Africa, the bone tool tip after use, Francesco d'Errico taking replicas in the field of an experimental bone tool.
Photo:
UiB, SapienCE

Until the beginning of this century, the production of fully worked bone tools was considered an innovation introduced in Europe around 40,000 years ago by modern humans. Research carried out over the last two decades has led to the discovery of bone tools in several regions of Africa, some of which could date back 100,000 years. But these early bone tools are rare and non-standardized in shape.

The discovery of 23 bone tools from the Sibudu rock shelter, Kwa Zulu-Natal, South Africa, all with a flattened ogival-shaped end, found in archaeological layers dated to between 80 000 and 60 000 years ago, changes the picture.

“Our new study documents the technology and function of the earliest fully shaped bone tools from this region. The discovery of these tools contribute to a better understanding of when and how these innovations arose, and what they were used for,” Francesco d’Errico says. He is the lead author on the paper just published in Scientific Reports.

d’Errico is part of the SapienCE team at the University of Bergen. The SapienCE Centre of Excellence, funded by Norwegian Research Council, consists of an interdisciplinary team of world leading scientists. The aim for SapienCE is to improve our understanding of how and when Homo sapiens evolved into who we are today.

“Our results suggest that the Sibudu double-beveled tools were not used for hunting or hide processing activities, which are tasks the earliest bone tools have been traditionally associated with, but rather for functions devoted to the exploitation of vegetal resources,” d’Errico explains.

The research was carried out by analyzing the use wear on archeological and experimental tools with a confocal microscope. This allowed the researchers to measure roughness parameters of the wear left on the tool tips by use. Textural and discriminant analysis indicate that most of the bone tools discovered were used in debarking activities, and possibly for digging in humus-rich soil, likely to extract roots or underground storage organs.

The scientists note that this type of tool continued to be used at this site for 20,000 years, despite the fact that the occupants radically changed the way they produced stone tools during this period.

“These bone tools certainly reflect a local cultural adaptation to a specific environment, as we do not find them elsewhere. Our results support a scenario in which some modern human groups in southern Africa developed and maintained specific, highly standardised cultural traits locally, while sharing others across the subcontinent, », d’Errico says.

This also implies that MSA peoples had networks allowing the sharing of similar technologies, cultural practices, and new innovations over large territories, while simultaneously maintaining local cultural traits and traditions.

This study confirms that Middle Stone populations already had complex technical systems to help them gather a variety of resources. The bark of the trees on which the researchers conducted the debarking experiments is not edible, but still used in traditional African medicine. The bark may have been used already 80,000 years ago for similar purposes by Southern African early modern humans. 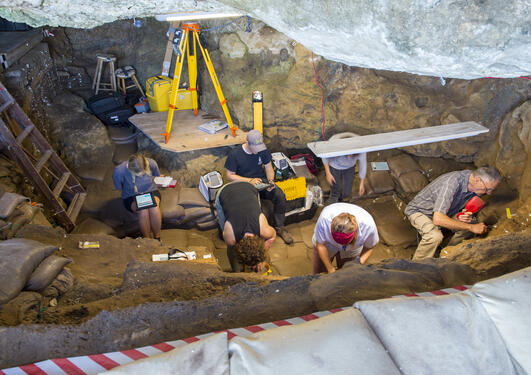 The SapienCE paper about a trapped artefact became the top ten most downloaded articles in the journal Geoarchaeology this year. The study demonstrates how the creative use of unconventional research methods turned an unfortunate archaeological sampling event into a scientific success story. 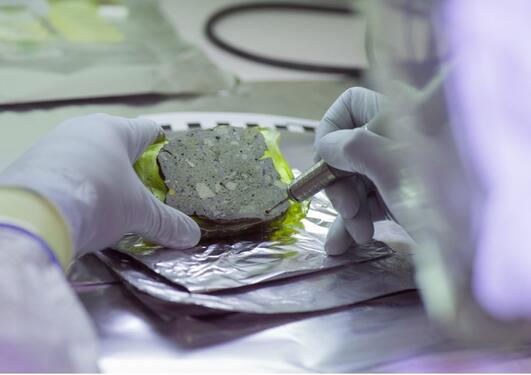 Cutting-edge technology makes it possible for scientists to retrieve DNA recovered decades ago. An international team of researchers, including scientists from SapienCE, were able to isolate ancient DNA from blocks of sediment embedded in plastic resin commonly used for micromorphological analyses.