When climate change is an everyday issue

“For the Pacific Islanders climate change is not an abstraction, it's about life,” said Professor Edvard Hviding from the University of Bergen (UiB) when introducing the Pacific state Palau’s United Nations (UN) ambassador Ngedikes Olai Uludong at a public lecture during annual Norwegian event Arendalsuka, which brings together politicians, industry, civil society, academia and other decision-makers and movers in Norwegian and international society.

The notion of paradise

In her public lecture, hosted by UiB's SDG Bergen initiative, Ambassador Uludong addressed the position of the Pacific islands as the frontline of climate change with a particular focus on the Sustainable Development Goals (SDGs) and the UN's 2030 Agenda.

"While we want to be independent, we still remain very rooted. We have branded ourselves as a pristine paradise. Our entire sustainable development is based on that," said Ngedikes Olai Uludong in her lecture, referring to her own Palau.

But the vision of the Pacific as a paradise is being challenged by the global rise in temperatures, with climate change impacting more strongly on the Pacific islanders than on most other people in the world. And the effects of how it impacts on life in the Pacific varies strongly between the various nation states.

“For atoll countries like Tuvalu, Marshall Islands and Kiribati the impact of sea level rise is felt most strongly,” said Uludong, whereas the impact in Palau, in the Western Pacific east of the Philippines, is a combination of various factors with the UN Ambassador in particular pointing at four main factors of impact.

Four serious challenges for the Pacific

The four serious challenges the Pacific island states face as a result of climate change are sea level rise, drought, food security and ocean acidity levels. This again impacts on access to water resources, creates problems through invasive species in local waters and creates challenges for the vital tourism industry.

“The most important part of my job is as a UN ambassador is to represent my country and to tell our story and to foster relationships. Because in order to be independent, you need friends to ensure that you are able to develop. A small island nation like Palau cannot do this alone,” said Uludong.

She pointed out that whereas climate change still may seem an abstraction to many in the West, it is very much a feature of everyday life in the Pacific.

"When salt water from sea levels rising intrudes on our agriculture, the traditional plant taro is not edible anymore," she said, calling food security the elephant in the room and stating that a change to more western foods has affected the health of the citizens of Palau and other Pacific island states.

Science and diplomacy are key

The Palau UN ambassador believes that a combination of science and diplomacy are key to both understanding and solving issues connected to climate change and to create sustainable development.

“To save the ocean and the world, the key is more science and research. The university and research sector play a big role. You can't make up policy and put it on paper. If you don't have the science, then you don't know if it works or not,” said Uludong.

She believes that the world should view the Pacific island states as incubators for change, which could have a global effect at the UN level.

A moral voice for the world

She also underlined the important role the Small Island Developing States (SIDS) have had on progress in international climate diplomacy, not the least the Paris Agreement (2015) and the COP23 meeting in Bonn, Germany (2017).

“We Pacific Islanders had to be moral voices, truth-tellers, and thought-makers on the global stage,” said Ngedikes Olai Uludong in her Arendal lecture.

The director at the Bjerknes Centre for Climate Research in Bergen, Professor Tore Furevik, gave a reply to Ambassador Uludong's lecture.

“You tell a strong story, with a clear voice, about a need for action,” said Furevik, “in Norway we are still talking about small changes, but for Palau it’s a long list of real threats. What you have presented in your lecture only underlines the need for more research on global sustainability issues, including climate prediction.”

Furevik thanked Uludong for her lecture and emphasised the Pacific islanders’ key role in getting the global community to commit to the Paris Agreement and the SDGs. 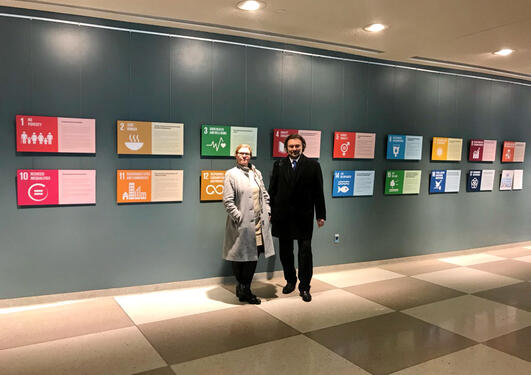 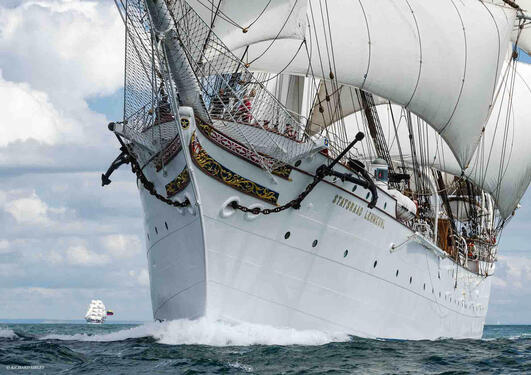