For almost two years, the leadership at Statsraad Lehmkuhl have planned the tall ships first ever circumnavigation of the globe. In August 2018, Statsraad Lehmkuhl and the University of Bergen (UiB) signed a statement of intent to bring these plans closer to realisation.

“We are delighted to welcome on board a heavy-weight institution such as UiB as the first partner to sign this statement to bring our dreams of a circumnavigation of the world closer to fruition,” says Director Haakon Steinar Vatle from the Statsraad Lehmkuhl Foundation.

Research and education at the core

UiB's contribution will centre on scientific content in the circumnavigation, which goes by the working title State of the Ocean and is planned for the period 2021-2023. The aim of the project is to raise awareness and share knowledge on the Ocean's central role in creating sustainable development in a global perspective.

“This is an exciting and suitable project for UiB to get involved in. We are Norway's premier SDG-oriented university and the Ocean is one of three focus areas in our strategy. Marine research and education are immensely important for us and this if why the plans for a circumnavigation fit hand in glove with our activities,” says UiB's Rector Dag Rune Olsen.

According to Vatle the plans for a circumnavigation are among the most ambitious the tall ship has had since setting sail in 1914.

“This is why we didn't want this to be ‘just’ a circumnavigation alone, but wanted for it to have a function and a deeper meaning,” says Director Vatle, “it is important for us to include a research-based knowledge institution such as UiB, because we can then highlight how important research and education is for Earth's and the Ocean's health.”

Creating the leaders of the future

If the circumnavigation takes place as planned, UiB will develop study programmes engaging with the Sustainable Development Goals (SDGs) exclusively for this epic voyage.

“Our students create our university. The experience you get from a voyage like this is also important to develop new, young leaders. The challenges we face as addressed in the SDGs require a great generation of young leaders and many of them get their quality research-based education at UiB. We provide skilled leaders to society,” says UiB's Rector Olsen.

Olsen likes to emphasize that this gives the university an opportunity to show UiB's role in creating future leaders, while Vatle view this as a unique opportunity to build on the Statsraad Lehmkuhl Foundation's current collaboration with the Royal Norwegian Naval Academy in educating naval leaders.

A number of UiB's research environments and initiatives have been involved in shaping the statement of intent, including the world-renowned Bjerknes Centre for Climate Research, the SDG Bergen initiative and the Ocean Sustainability Bergen centre.

On 15 August 2018 a statement of intent was signed between the Statsraad Lehmkuhl Foundation and the University of Bergen to collaborate on a circumnavigation of the world between 2021-2023.

Through participation in the circumnavigation UiB will contribute with research, dissemination and education along three axes: 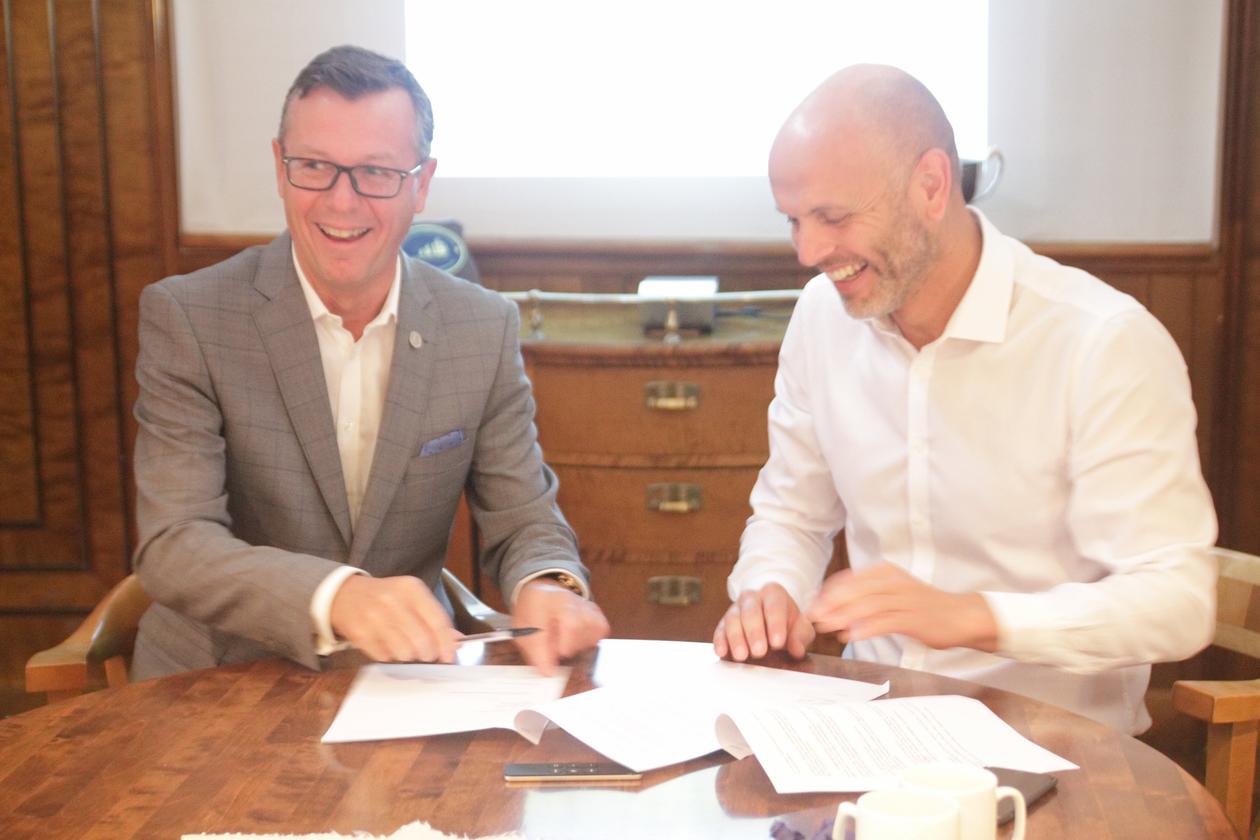