“It was good to see all UN member states discuss climate at the High-level Political Forum, understanding the need for less talk and more action. Solving the climate issue is key to all the Sustainable Development Goals (SDGs).”

A LITTLE LESS CONVERSATION, A LITTLE MORE ACTION: Tore Furevik and Kikki Kleiven responded to the HLPF plenary session on climate action immediately afterwards and before rushing to separate side events in which they participated.
Photo:
Sverre Ole Drønen, University of Bergen

This was the immediate conclusion reached by climate scientists Tore Furevik and Kikki Kleiven from the Bjerknes Centre for Climate Research at the University of Bergen (UiB) after attending the High-level Political Forum (HLPF) on SDG13, Climate Action, at the UN in New York on 12 July 2019.

Science is not negotiable

“One of the key phrases that was repeatedly spoken at HLPF was ‘science is not negotiable’. It is heartening to see that this was picked up by several speakers, both in the plenary sessions and side events,” say the two climate scientists.

“Knowledge can never be a card in negotiations and we were particularly impressed by Chile's Environment Minister Carolina Schmidt Zaldivar, who represented the Step Up Initiative, which is a network of cities globally pushing for climate action.”

“What we also found exciting was not just the urge to step up the tempo on climate action, but the willingness to engage with and deliver on the goals set in Katowice and Paris. This is just what we need: less talk, more action,” says Kikki Kleiven.

Whereas the HLPF plenary session on SDG13 looked back to previous agreements made, and how to act more urgently to reach shared goals, many speakers were also looking forwards and pointing to the COP25 negotiations, which take place in Chile in November 2019.

“From a University of Bergen perspective COP25 is of particular interest. Being the Hub SDG14 (Life Below Water) university for United Nations Academic Impact (UNAI), we are certainly looking forward to the focus on the Ocean that will be in this year's negotiations. Not the least to see that a specific section on the Ocean's role in climate change, will be added to the convention,” says Tore Furevik, who was actively engaged with advice at the Katowice COP24 last December, “this promises to be a COP of action, not a COP of talk.”

As a further build-up to the COP25 proceedings in Chile, there will be a climate summit in New York in September and preCOP25 in Costa Rica in October.

Climate action featured in side events

Both Furevik and Kleiven participated in side events dealing with SDG13 and climate change. Furevik was speaking at a side event co-organised by the United Nation missions of Norway, Fiji, St. Lucia and Palau and the University of Bergen called “Partnerships for Climate Action” and dealing with the science-policy nexus. Kleiven was part of a side event co-organised by UN DESA and the University of the West Indies (one of UiB's close global partners in bringing research-based knowledge to the SDGs) called “Research & Innovation 4 Climate Action”, in which she spoke about UiB's unique SDG13 course.

“We had a very productive discussion, with four UN ambassadors plus two representing the scientific community, and one prominent representative of UN DESA. In their passionate and also very personal speeches, the ambassadors highlighted the need for partnerships, dialogue and capacity-building, and praised the collaboration between UiB and the University of the South Pacific,” says Furevik about the side event hosted by Norway UN.

“We addressed the challenge of bridging curiosity-driven research with target-driven SDGs, and the need for engaging the scientific community and the indigenous knowledge in strong partnerships. Lack of progress on Climate Action will make it impossible to reach most other goals. IPCC provides a science-policy platform that is unique for SDG13, and could perhaps be a model for other goals as well. And we should not forget the role of science-policy-business platforms on national and local community levels,” he says. 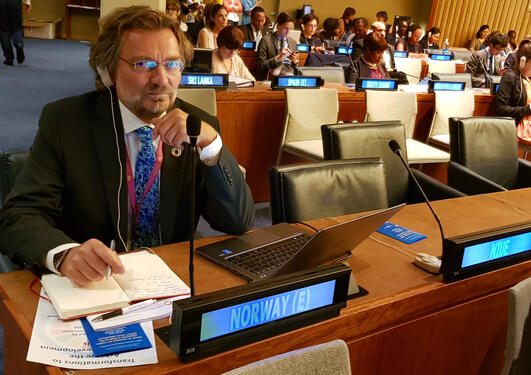 Providing science advice to the UN

The University of Bergen's pioneering approach to the SDGs has brought the university in direct contact with the United Nations to provide scientific advice. 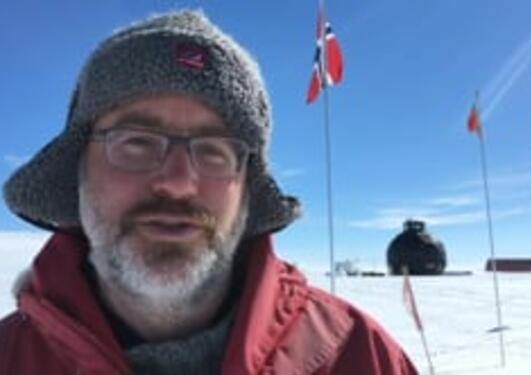 A creative approach to climate teaching 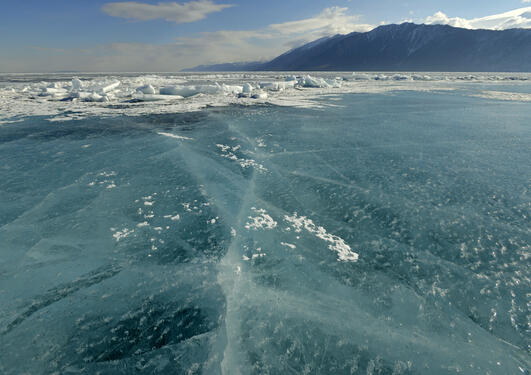 How can science advice contribute towards policy implementation of the 2030 Agenda? This is the starting point of the 12 July debate on climate change and partnership during the High-level Political Forum 2019 at the Permanent Mission of Norway to the United Nations in New York. 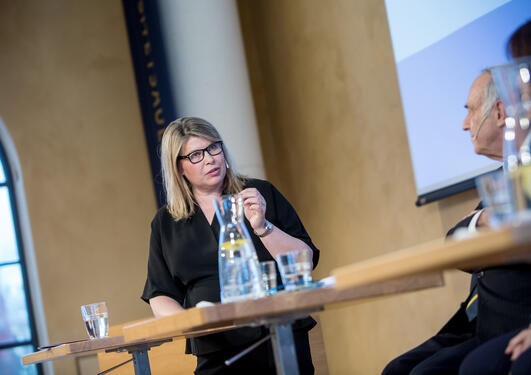 Higher Education Institutions are taking climate action. Find out how in this symposium at this 12 July symposium at the United Nations Secretariat Building. 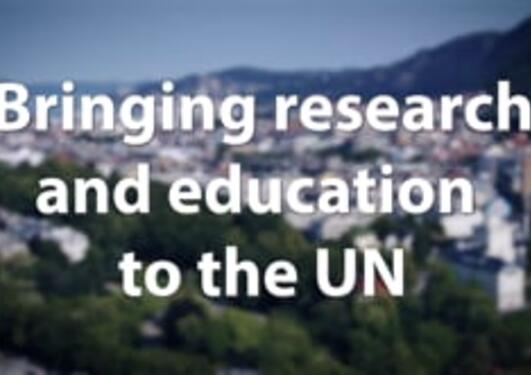 A unique course on SDG14 brings together student active learning and an interdisciplinary approach on how to engage with sustainability issues and how science can provide knowledge for a sustainable Ocean. We have produced three videos showing what makes the course special. 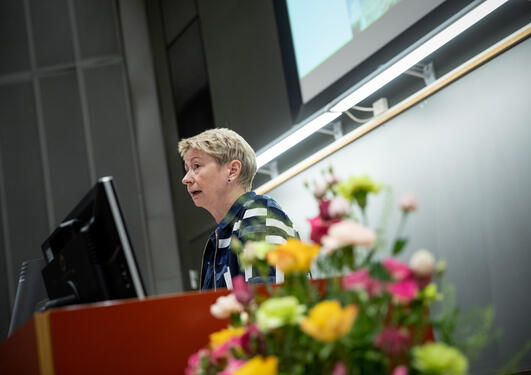 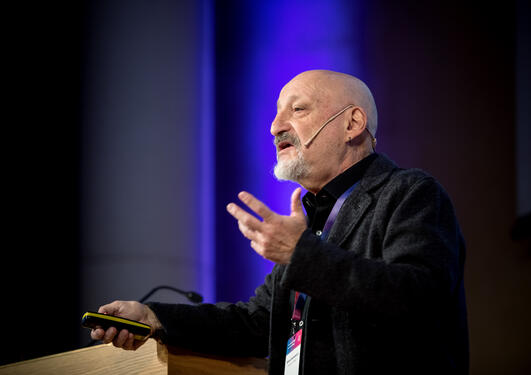 The rising voice of research in policy-making

When discussing sustainable development, terms such as science advice and the science-policy interface have become all the rage. What is this all about? We asked veteran researcher Silvio Funtowicz to provide some clarity on the subject.