Skip to main content
About UiB
The Holberg Prize

The Holberg Prize is awarded annually to a scholar who have made outstanding contributions to research in the arts and humanities, social sciences, law or theology, either within one of these fields or through interdisciplinary work. The Prize has a money value of NOK 6,000,000. The Prize winner is announced medio March each year, and the award ceremony takes place during the Holberg Week, heldt in the first week of June each year, in Bergen.

The prize is named after the Danish-Norwegian writer Ludvig Holberg, who excelled in all of the sciences covered by the award. It was established by the Norwegian Parliament 1 July 2003, and awarded for the first time in 2004.

The 2021 Holberg Prize is awarded to U.S. scholar Martha C. Nussbaum for her groundbreaking contribution to research in philosophy, law and related fields.

The Holberg Prize also awards the Nils Klim Prize to Nordic scholars under the age of 35, for outstanding contributions within the same academic fields as the Holberg Prize. The prize is worth NOK 500,000. (Approximately EUR 50,000.)

The 2021 Nils Klim Prize is awarded to Finnish-Russian Daria Gritsenko, for her outstanding research contributions in the intersection between political science, environmental studies and digital humanities.

Each year the Holberg Prize stage a research competition for students in Norwegian upper secondary schools. More than 500 students from twelve schools participate, and are aided throughout the year by researchers within the relevant fields. A teacher grant is also awarded.

Holberg Week is an event series, with debates and lectures that is held every year in the days leading up to the award ceremony. All events, with exception of the Award Ceremony and Holberg Banquet, are open and free of charge to the general public.

The Holberg Debate is inspired by Ludvig Holberg as man of the Age of Enlightenment and seeks to explore pressing issues of our time. The debate will be held annually on the first Saturday in December, commemorating Holberg’s birthday on 3 December.

Scholars holding positions at universities and other research institutions, including academies, are entitled to nominate candidates to the Holberg Prize and the Nils Klim Prize. The deadline is 15 June each year and the nomination form is made available on the Holberg Prize webpage medio November the year before. 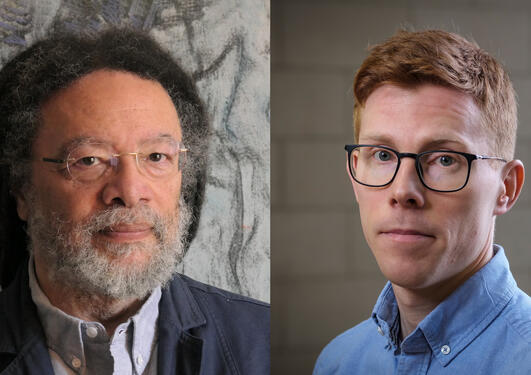 The Holberg Prize 2019 is awarded to British cultural historian Paul Gilroy for his groundbreaking contributions to critical race studies, post-colonialism and related fields. The Nils Klim Prize is awarded to Icelandic-Swedish philosopher Finnur Dellsén for his research in epistemology and the...