NEW BOOK: Against Exoticism: Toward the Transcendence of Relativism and Universalism in Anthropology

Professor Bruce Kapferer, at the Egalitarianism project and Professor Dimitrios Theodossopoulos from the University of Kent, have recently published a new edited book.

Against Exoticism: Toward the Transcendence of Relativism and Universalism in Anthropology
Photo:
Berghahn Books

The book addresses major issues within Anthropology. To quote the blurb:

"Anthropology begins in the encounter with the 'exotic': what stands outside of-and challenges-conventional or established understandings.

This volume confronts the distortions of orientalism, ethnocentrism, and romantic nostalgia to expose exoticism, defined as the construction of false and unsubstantiated difference. Its aim is to re-found the importance of the exotic in the development of anthropological knowledge and to overcome methodological dualisms and dualistic approaches.

Chapters look at the risk of exoticism in the perspectivist approach, the significant exotic corrective of Lévi-Strauss vis-à-vis an imperializing Eurocentrism, our nostalgic relationship with the ethnographic record, and the attempts of local communities to readapt previous exoticized referents, renegotiate their identity, and 'counter-exoticize.'

This volume demonstrates a range of approaches that will be valuable for researchers and students seeking to effectively establish comparative methodological frameworks that transcend issues of relativism and universalism”.

The book can be found at Berghahn Books and at Amazon and it is possible to download the introduction as well. 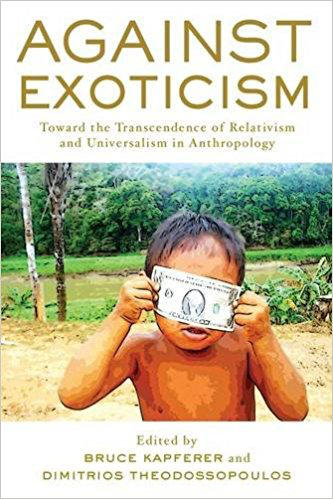