Is ethnography in danger?

This was one of the topics discussed during Bergen Anthropology Day 2018, which gathered around 80 students, academics and researchers. Other relevant themes were the (ir)relevance of anthropology, as well as ongoing and new research projects.

The celebration of Bergen Anthropology Day for the second year in a row was in many ways a solidification of the discipline’s presence in Bergen. Only months earlier, the Department of Social Anthropology was awarded the top grade by the Research Council of Norway, for being a world-leading and internationally oriented research environment. Yet, doing ethnography in and across multiple contexts and sites, may also bring about (un)expected dangers.

The panel “Ethnography in/of danger” set out to reflect on danger not only in the immediate sense, but also beyond to explore the different dimensions of risk and danger in/of doing ethnographic work. Among the invited contributors was Sarah Tobin (CMI), who discussed the implications of being escorted and surveyed by the government in her fieldwork among Syrian refugees in Jordan.

With extensive field experience in unstable and changing social and political climates in Bosnia, Prof. Tone Bringa (UiB) argued that anthropologists have to make compromises, cultivate the art of asking without asking, and modify our research methods in order to access ethnography in places where the interests of controlling information are strong.

PhD-candidate Tomas Salem (UiB) drew parallels between his previous fieldwork among police in Brazilian favelas and his ongoing PhD-project about mountain climbers to reveal the gendered dynamics of danger. In both cases, informants (predominantly men) expose themselves to, and thrive upon the dangers and risks of what they perceive to be ‘masculine’ activities.

Reflections on the (ir)relevance of anthropology

In his talk of the (ir)relevance of anthropology for the study of poverty, Inge Tvedten (CMI) perhaps added to the discussion of ethnography in danger. “Anthropology has substantial contributions to make for the reduction of extreme poverty, but to become relevant requires us to be increasingly participant in interdisciplinary research cooperation,” he pointed out.

Kerry Chance (UiB) also pointed to the relevance of anthropological perspectives in her presentation of how water scarcity shapes political belonging in Cape Town, South Africa. She stated that "an anthropological view might show what we should be critic or suspicious of green technologies and policy interventions which claim to help greater good."

Forced migration and the creation of an ecological civilization

Are John Knudsen (CMI) presented three new projects on forced migration varying in scopes, partners and funders. The driver behind these local, regional and globally focused projects is an interest in a new type of displacement - that in cities - as most refugees in the Middle-East are urban.

Turning to coal-dependent China, Charlotte Bruckermann (UiB) presented her current research project about how a recent policy plan called ‘ecological civilization’ has affected the ways in which the Chinese think about and deal with carbon in their everyday life.

The musical performance by SOLÅ ensured a soothing closure to the programme, and a pleasant opening for everyone to mingle.

We are excited to see what next year’s Bergen Anthropology Day will bring!

The idea of a day devoted to ‘Bergen Anthropology’ came about in 2013 during the celebration of the 50th year anniversary of the Bergen Social Anthropology Seminars.

It is organized by the Dep. of Social Anthropology and Chr. Michelsen Institute. Starting in 2017 it is now an annual event. 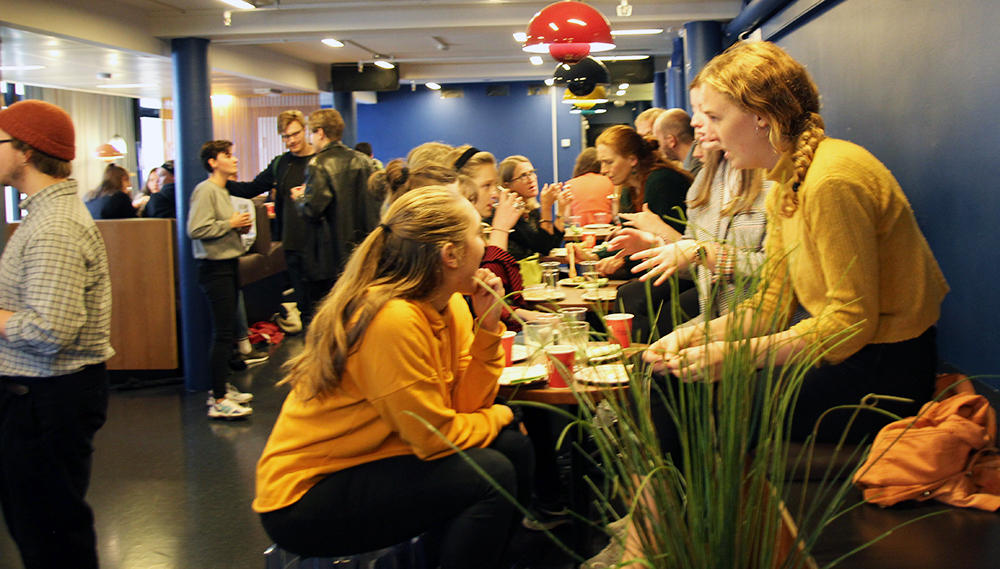 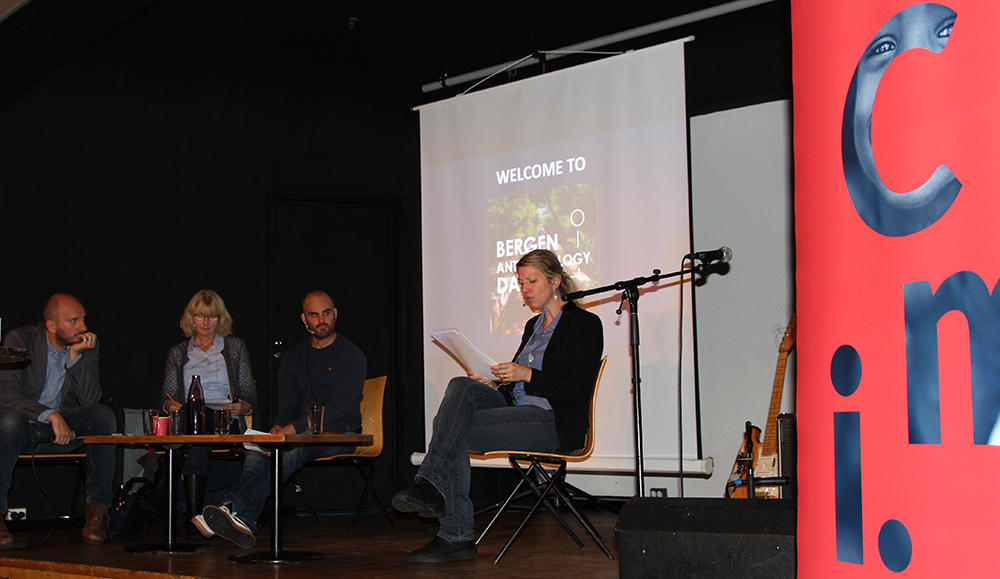 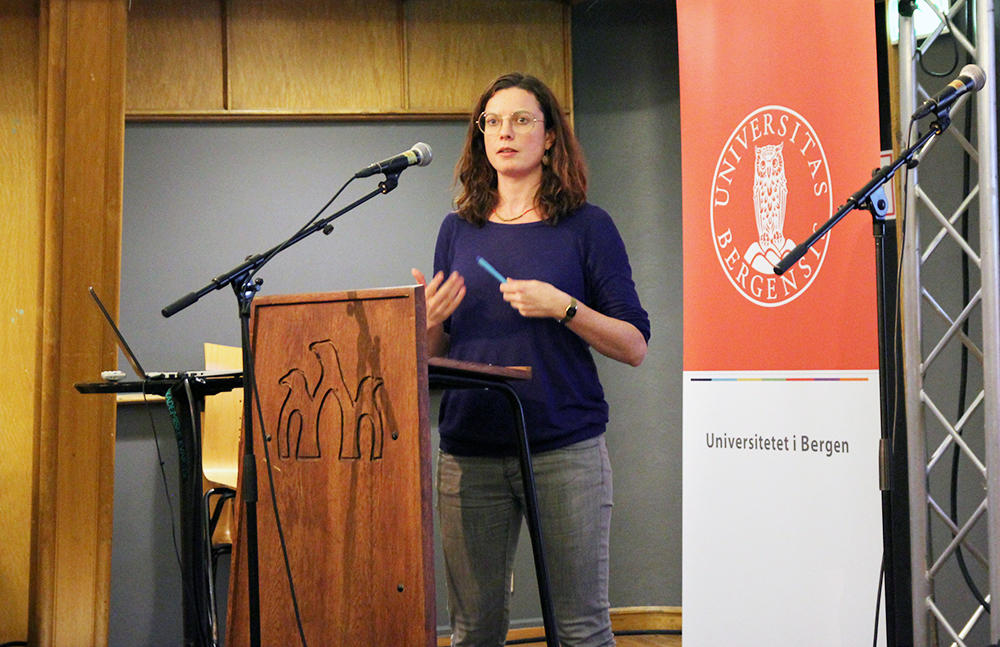 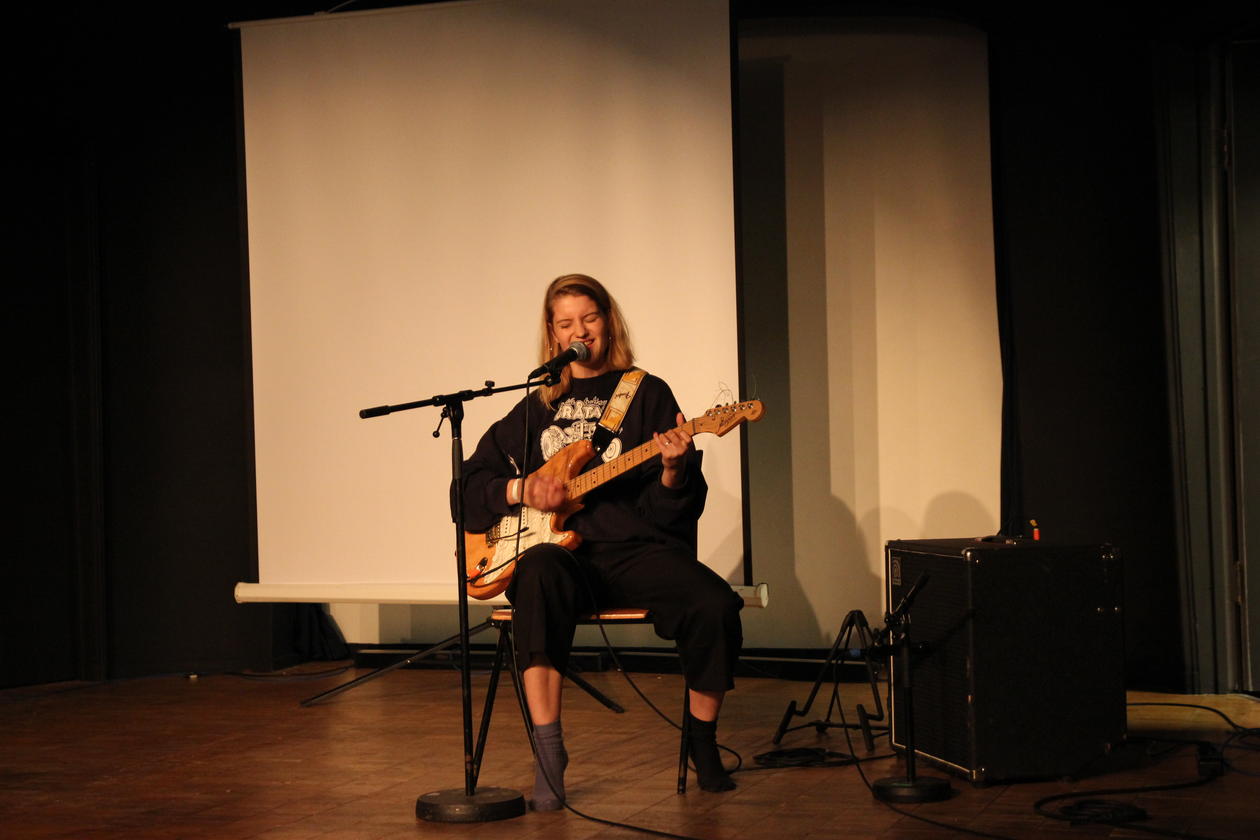 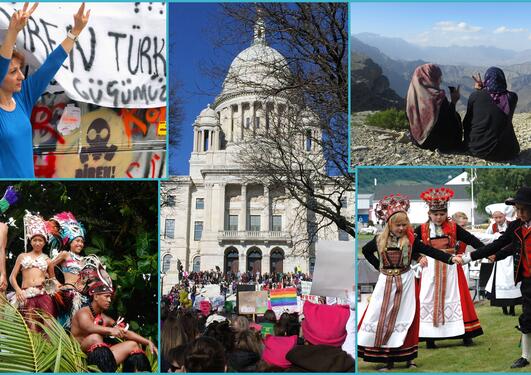 On 19 June 2018, the Research Council of Norway's evaluation of the social sciences in Norway – SAMEVAL – was presented. One department and three research groups at the University of Bergen are awarded top grades in the evaluation.