The same principles behind the internet, social networks and biological networks

The event aimed at familiarizing researchers and students from interdisciplinary fields with concepts of the network science field, as well as presenting cutting edge research in network biology and medicine. The participants were introduced to graph theory and learned about biological networks; the key goal of the event was to exhibit the universality of principles underlying many complex systems like the internet, social networks and biological networks. The workshop included 10 international and 4 national speakers and 120 participants.

The highlight of the workshop was the lecture given by Professor Albert-László Barabási (Northeastern University and Harvard University, Boston, US), who presented the pioneering model he introduced in 1999 about the scale-free topology of many real networks - a model currently widely used in the study of biological networks. Barabási also displayed its application repertoire for the comprehension of complex diseases.

During the first two days, there were also hand-on sessions, which aimed at introducing participants to popular software and tools used in the field, including Cytoscape and R packages from Bioconductor. There were many cutting edge lectures followed by enthusiastic discussions on the approaches, databases and methods that can assist researchers to navigate in the diverse omics data available and ways to integrate them in order to comprehend disease mechanisms, identify novel biomarkers and novel drug targets.

On the second day of the workshop, the social networking continued during an enjoyable dinner at Kalfaret Brygghus, also featuring live traditional Norwegian music from the Grieg Academy at the University of Bergen. The workshop closed with a memorable Horizon lecture, co-organized with the Faculty of Mathematics and Natural Sciences, by Professor Albert-László Barabási discussing the structure of many complex self-organized systems.

Prior to the NORBIS workshop, CCBIO/CBU also held a workshop in the programming language ‘Basic R’ for CCBIO juniors. CCBIO has a strategy to strengthen the bioinformatic axis of the center, as they find that increased knowledge in bioinformatic analyses and relevant analysis tools is important to fully understand the different levels of high-throughput data used in cancer research. Read more about the Basic R-workshop here.

Program of the workshop

You can find the program and abstracts from the workshop  “Network Biology/Integromics Bioinformatics – Applications Towards Medicine”  here. 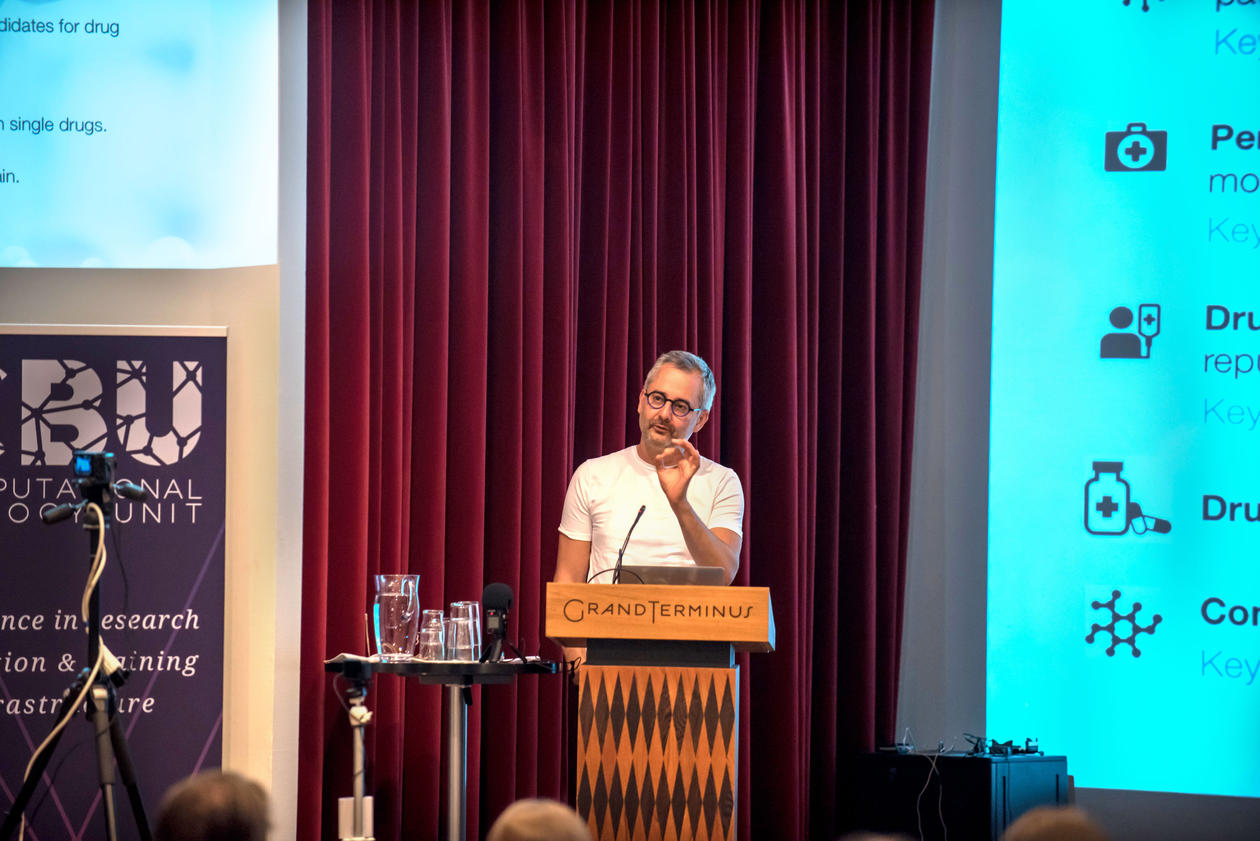 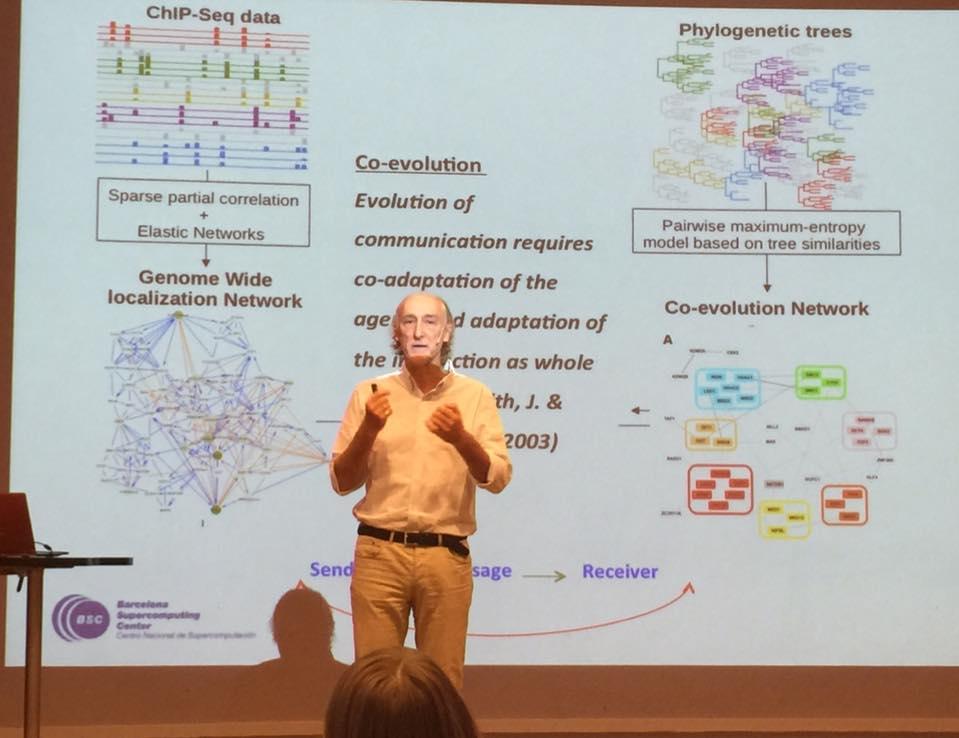 Alfonso Valencia explaining networks based approaches for the study of epigenomics.
Photo:
NORBIS 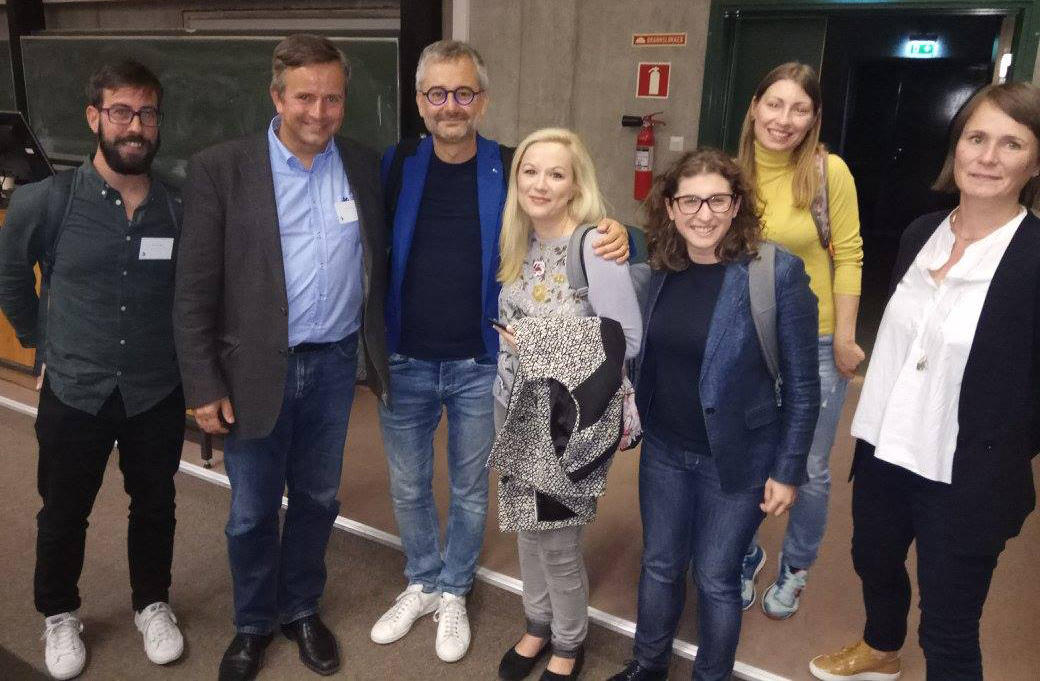 Students at the workshop meeting Albert-László Barabasi and Eileen Marie Hanna after the lectures, together with CCBIO's/CBU's Inge Jonassen and Konstantina Dimitrakopoulou, and NORBIS coordinator Christine Stansberg.
Photo:
NORBIS